An Early Look at the Menu for Mystique, Encore Boston Harbor’s Japanese Restaurant

Big Night Entertainment has signed on two talented chefs from Makoto in Miami. 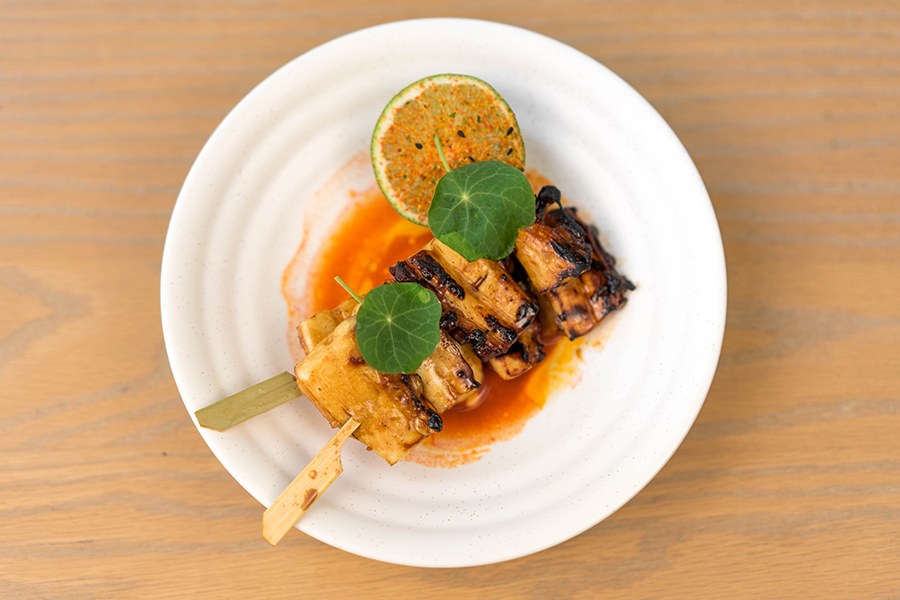 Tako (octopus) from the menu at the forthcoming Mystique at Encore Boston. / Photos courtesy of Big Night Entertainment Group

Micari, a New York native, has cooked all over the country for the past seven years, and is psyched to be back in the Northeast, he says. In March, he joined Big Night Entertainment Group’s corporate executive chef Kevin Scott, and director of Asian concepts Jim Lam, to develop the Mystique menu; Micari has been cooking out of BNEG’s Empire, in the Seaport, for the past couple months. The chef’s recent experience at Makoto—especially his skill with binchotan charcoal robata grill—put him on the Boston-based company’s radar.

“Robata cooking is something we did down in Miami really well,” Micari says of the approach he learned working alongside Makoto chef-owner Makoto Okuwa. “The temperature is about double what you experience on a wood-fired grill. It’s about utilizing the flavors of that binchotan charcoal that caramelizes the proteins properly.”

The robata grill will be the focal point at Mystique, anchoring the gigantic, 450-seat dining room with a visually exciting open kitchen. It’ll produce items like grilled, smoked pork belly with sumiso mustard (a miso-vinegar dressing); an “avocado bomb” with sudachi (a citrus fruit) aioli, toasted sesame, and ponzu; and some large-format options, like black-garlic beef short rib, smoked for 12 hours then grilled with charred okra, and finished with green-garlic miso butter.

Micari is also overseeing a selection of wok-fried dishes, including some Empire classics like orange-and-sesame beef; Singapore street noodles with shrimp, scallops, and pork; and salt-and-pepper calamari. But Mystique elevates things with a throughly modern menu of raw items, like a salmon carpaccio with ponzu and truffles; and a seasonally changing scallop ceviche.

“We’ll look at produce from the New England area,” like this spring’s crop of green garlic, “and pickle it, or make a miso out of it, or do a ferment that would carry us into the next season,” Micari says. Once the big batch of green-garlic miso he’s already made runs out, the chef is excited about the prospect of a corn miso later this summer, for example.

Empire also has a sushi program, but Mai will take Mystique’s to another level, Micari says. “Tony and I worked together in Miami for several years. I would say he’s probably the best [sushi chef] in Miami. His rice is fantastic. He takes a simplistic approach to his sushi: It’s definitely traditional in its roots, but he just comes out the gate with umami and robust flavors.”

The sushi chef can read the flesh of the fish, Micari says, and knows how to finish it with the exact ratio of black pepper-soy, perhaps, or a light torch, or just a few flakes of salt, to best highlight the product. Among the sushi selections at Mystique will be sashimi platters, and full omakase experiences.

Though he’s new to the Boston area, Micari knows we do Japanese-inspired izakaya fare well—he’s already visited Boston magazine’s No. 1 and 2 restaurants, Uni and O Ya; as well as Hojoko, Café Sushi, and other top spots. Mystique will add to the delicious landscape.

“I don’t want you to be able to get something at our restaurant and then get it at another one, and say, ‘Oh, it’s better at Zuma.’ We want to be individual,” Micari says. “We’re going to have great izakaya offerings you don’t see at every other restaurant. We’re taking a whole-hearted Asian approach, and then we’re mixing things up—like an udon carbonara, with mentaiko [salted pollock roe], pancetta, and Virginia ham. We want it to be identifiable, we want it to be fun, and we want it to be rich in the culture of our concept.”

Check out a sneak preview of some of Mystique’s menu items below. Mystique is on track to open in June—or whenever Everett’s five-star casino resort is ready to start welcoming visitors. 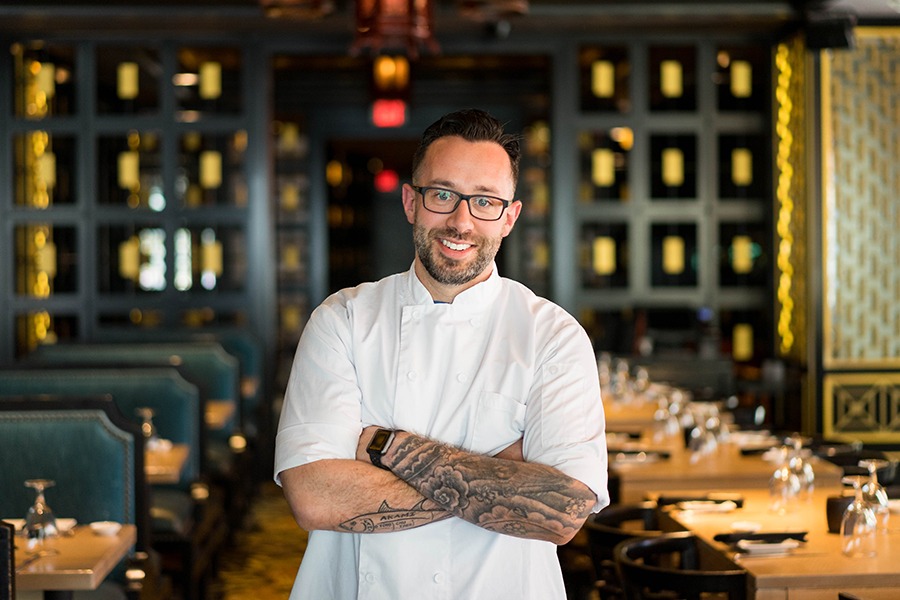 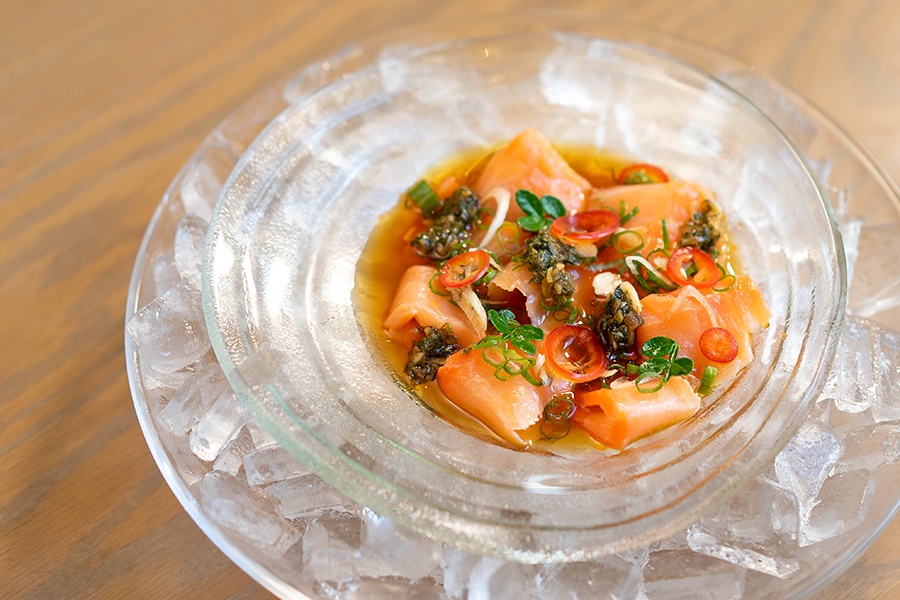 Truffled salmon carpaccio from the menu at the forthcoming Mystique at Encore Boston. / Photos courtesy of Big Night Entertainment Group 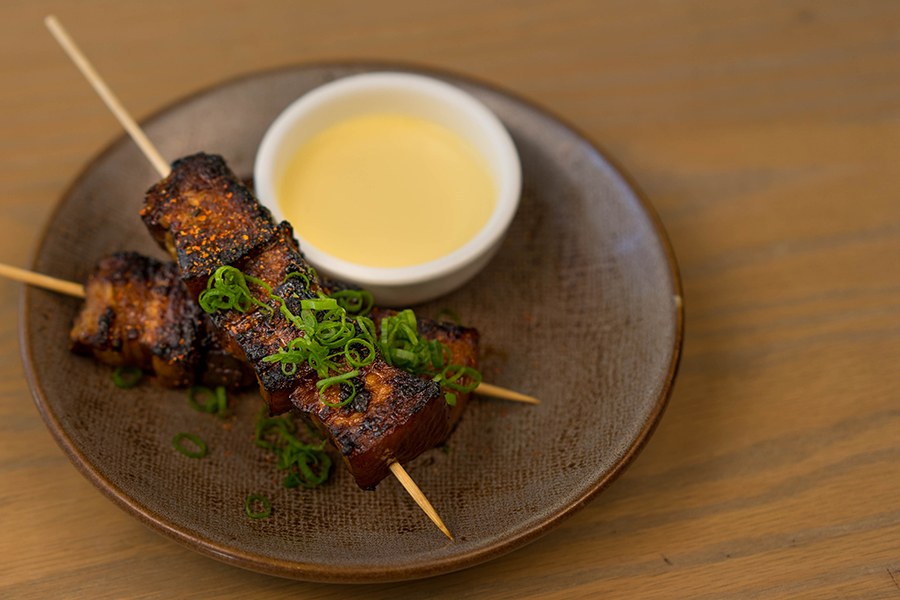 Smoked pork belly from the menu at the forthcoming Mystique at Encore Boston. / Photos courtesy of Big Night Entertainment Group 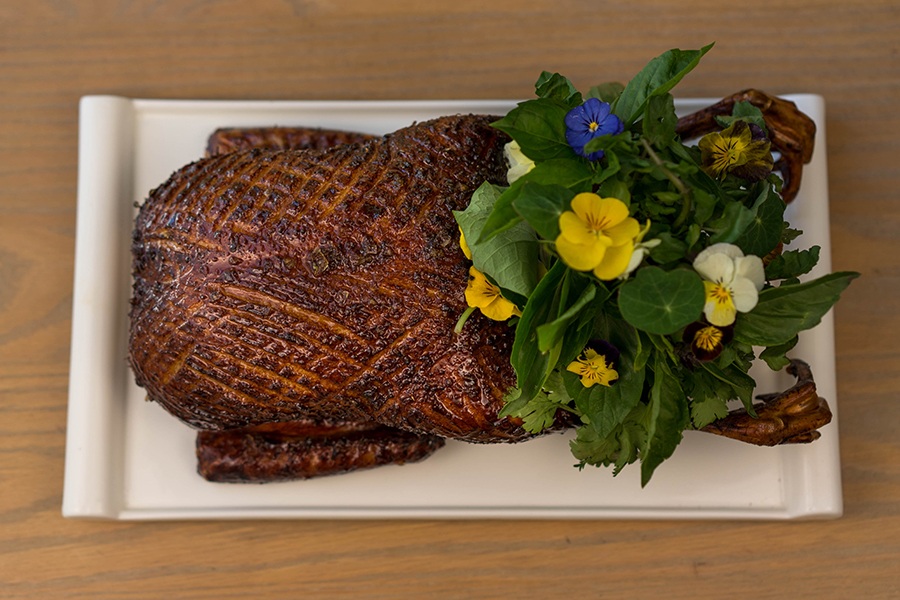 Szechuan-glazed duck from the large-format menu at the forthcoming Mystique at Encore Boston. / Photos courtesy of Big Night Entertainment Group