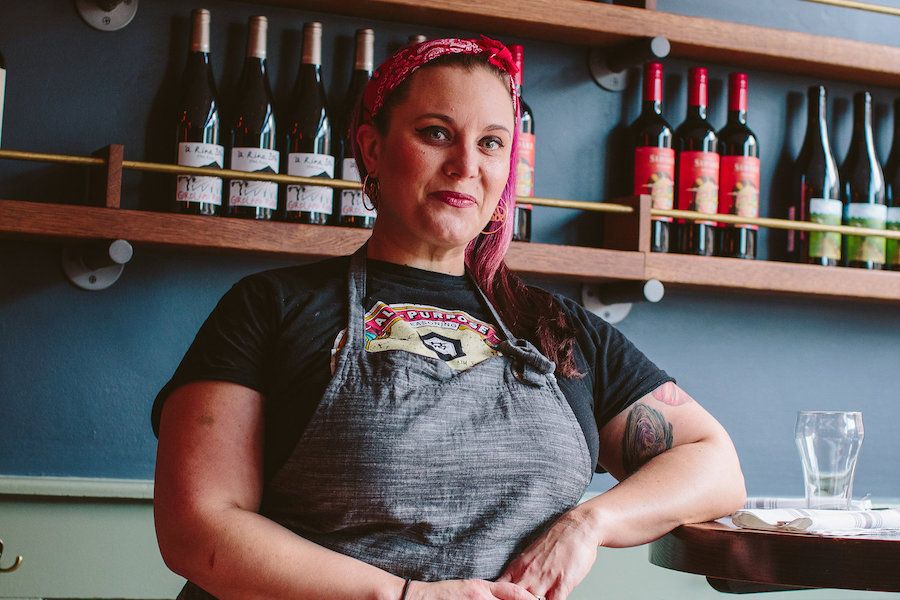 Chef Karen Akunowicz’s Fox & the Knife joins the illustrious ranks of Food & Wine restaurants of the year. The South Boston enoteca, the cozy ownership debut from the James Beard Foundation’s 2018 Best Chef: Northeast, is No. 7 on the national magazine’s first-ever ranked Top 10 Best New Restaurants list, the editors just announced. (Care for a local perspective? Find out what Boston magazine critic Julia Clancy thought of Fox & the Knife in our June issue’s Dining Out review.)

The annual list, formerly called F&W’s “restaurants of the year,” was researched and curated this year by restaurant editor-at-large Jordana Rothman. It hones in on “the most dynamic and exciting new restaurants today,” per today’s announcement. The list celebrates the places that “will define how we eat” in 2019, and also reflects the cultural diversity of the current restaurant landscape, the editors say.

Fox & the Knife, which debuted in early February, represents a welcoming, pasta-filled aperitivo bar, helmed by a proudly queer-femme chef-owner and an all-female management team. Akunowicz, a 2016 Top Chef contestant and one of Boston’s most recognizable contemporary chefs, is best known locally for the seven years she spent as executive chef at Myers + Chang. She is also an alum of Oleana, and Michael Schlow’s now-closed Via Matta. Akunowicz also recently opened SloPoke, a poke shop inside a Beacon Hill location of Whole Foods.

Her solo ownership debut is inspired by the formative time, early in her career, that the chef spent cooking in Modena, Italy. Alongside warm hospitality and a cool selection of spritzes and wines, the Fox & the Knife menu features Akunowicz’s bold flavors with an Italian bent: see her signature broccoli “Caesar” salad with a white miso and anchovy-colatura dressing; and handmade pastas like campanelle with feta and pistachio-mint pesto. The Food & Wine editors call the restaurant “an instant classic,” and recalls the chef’s must-order, taleggio-stuffed focaccia as the “cheese pull of the year.”

Rothman, who also selected Food & Wine’s marquee Best New Chefs, announced in April, visited 24 cities across the country to populate her lists. She checked out Fox & the Knife early in its lifespan, Akunowicz says.

“We were only a few weeks old at the time. It meant so much to have someone understand what I was trying to do in our little corner of South Boston,” Akunowicz says. “We are not the biggest or fanciest restaurant. We didn’t have a very big budget to open-we did so much of the work ourselves. It was really a labor of love. To have someone say ‘Yes, I see you,’ is so meaningful and powerful.”

None of this year’s Best New Chefs hail from New England, and Fox & the Knife solely represents the region among the Best New Restaurants.

Food & Wine’s No. 1 Best New Restaurant in the country is Philadelphia’s Cadence, an effortlessly cool, modernist New American spot from three young Philly chefs. Rounding out the top five are Suerte in Austin; Frenchette in NYC, Konbi in L.A., and Kumiko in Chicago. Fox & the Knife lands at No. 7. Check out the full list below, and read more about each place here. The Best New Restaurants list is in the July issue of Food & Wine, and all of this year’s honorees are participating in the Food & Wine Classic in Aspen next month.

“Each of the 10 Best New Restaurants that made the list inspired us with their dedication to their communities and the work cultures they’ve created,” says Food & Wine editor-in-chief Hunter Lewis.

Among Boston-area restaurants on Food & Wine‘s best new restaurants lists, Fox & the Knife joins the likes of Waypoint, a 2017 honoree; and the late Townsman, which made the top 10 in 2016.