Mario Batali Pleads Not Guilty to Criminal Charges in Boston

The celebrity chef has been disgraced by a slew of sexual assault allegations, but he wasn't facing any charges—until now. 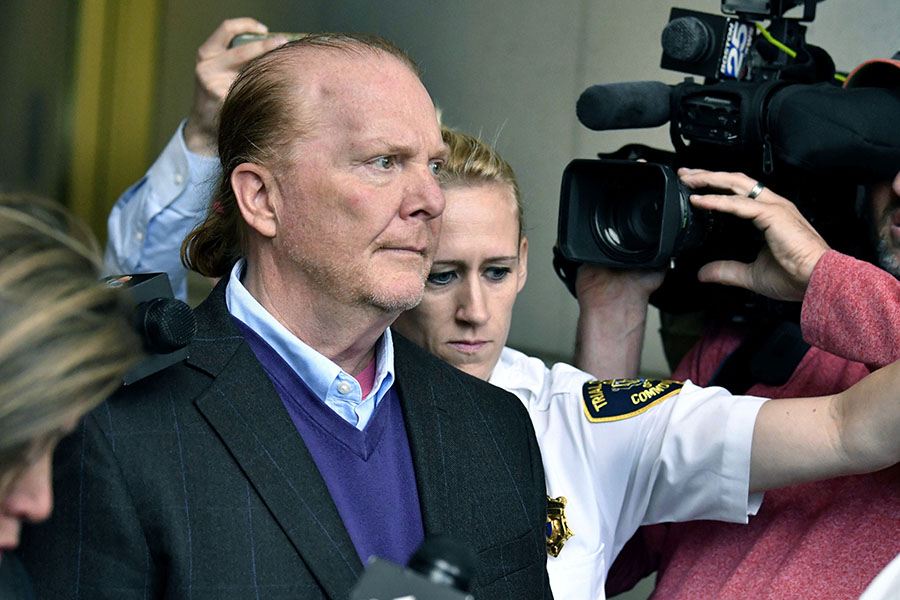 Chef Mario Batali departs after pleading not guilty, Friday, May 24, 2019, at municipal court in Boston, to an allegation that he forcibly kissed and groped a woman at a Boston restaurant in 2017. / (AP Photo/Josh Reynolds)

NOTE: This post was updated Friday, May 24, after Mario Batali was arraigned in Boston.

After floodgates opened in December 2017 that shed light on a pattern of alleged sexual misconduct by Mario Batali, the celebrity chef is no longer profiting from the restaurant empire that launched him to fame. But he wasn’t facing any criminal charges—until now. The Boston Globe reports that Batali has been charged with indecent assault and battery, and plead not guilty to the charges on Friday morning in Boston Municipal Court.

Boston Police launched an investigation into an incident with Batali in Boston in August 2018, after a local woman told Eater New York that the chef assaulted her at a former Back Bay restaurant in 2017. The woman also filed a lawsuit against Batali.

The victim’s name is redacted in the new criminal charges, but according to the Globe, the account aligns with that plaintiff’s story. Police say the woman told them she was eating dinner with a friend at Towne Stove and Spirits when she spotted the recognizable Batali at the bar. She asked the chef for a photo, and Batali invited her to pose for a selfie with him. The woman told police that an apparently intoxicated Batali took the opportunity to grope her chest and groin without her consent, kiss her, and aggressively pull her face. The woman left the restaurant shortly after the incident, she told police. In the civil complaint she filed last summer, the woman’s lawyers said the uncomfortable ordeal left her badly shaken.

Lawyers Eric Baum and Matthew Fogelman are representing the woman, and recently told the Globe she is “grateful that the Suffolk County District Attorney’s office in Boston has chosen to go forward in prosecuting Mario Batali on criminal charges of sexually assaulting her. Mr. Batali must be held accountable criminally and civilly for his despicable acts.”

A lawyer representing Batali denies the charges of indecent assault and battery. Anthony Fuller, a partner in the Boston office of the law firm Hogan Lovells, told the Globe, “[Batali] intends to fight the allegations vigorously, and we expect the outcome to fully vindicate [him].” If convicted, Batali would have to register as a sex offender, and he could face 2.5 years in jail.

After a not guilty plea was entered for Batali Friday morning, the former chef was ordered to stay away from the victim, and was released on his own recognizance. A pretrial hearing, which Batali does not have to attend, is slated for July 12.

The Globe notes that in January, New York City Police closed three investigations, with no charges brought, into accusations of Batali drugging and assaulting or raping women at restaurants where he was an owner or investor.