Moody’s Backroom Is Open Once Again in Waltham 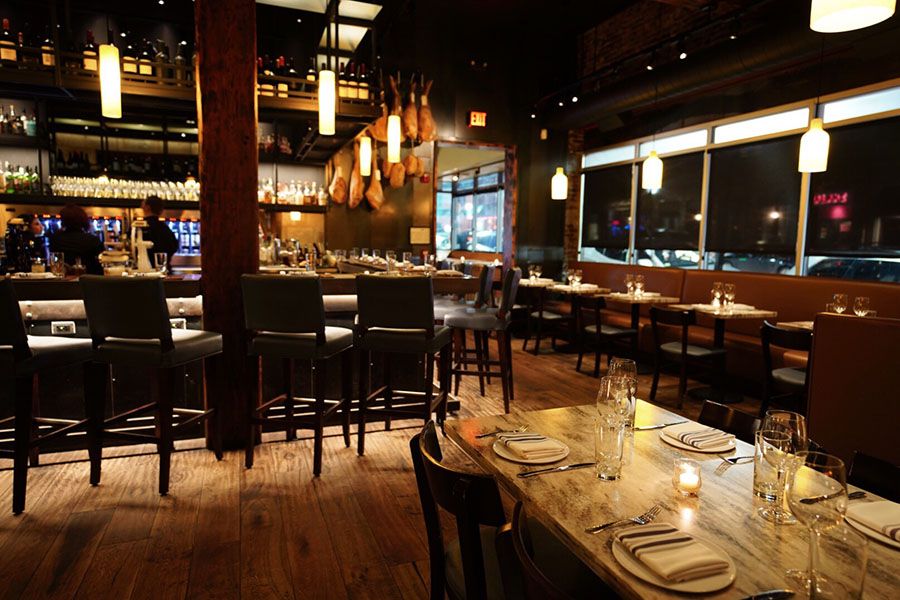 The Backroom at Moody’s is back open for dining and drinks. / Photos courtesy of Moody’s

The Backroom is back. Exactly a month after closing unexpectedly, the Backroom at Moody’s reopens tonight for dinner, bringing a slew of new menu items to the popular Moody Street dining destination.

The Backroom and its sister delicatessen next door closed in April, after the city of Waltham learned license-holder and former chef-manager Joshua Smith is no longer involved in the business. The restaurants’ director of operations, Alex Hage, and its owner filed for, and were granted, new food-serving and liquor licenses, and have hired Marcus Gleadow-Ware as culinary director and Jeff Howe as executive chef to lead the future of the Moody Street restaurant empire.

The company’s New England Charcuterie—crafted three miles away from the restaurants at a production facility in Waltham—still anchors the menu, with tastes (1 meat or cheese selection), plates (3 meats/cheeses), and boards (6 meats/cheeses). Moody’s classics like the Never The Same Wagyu meatballs; and the wood-fired lomo margherita pizza remain, but the new culinary leaders have introduced a number of new menu items. Among them is a spring fettuccini carbonara; “Never the Same” bacon bolognese; a French onion pizza; grilled entrees, including swordfish and pork loin; rotisserie chicken; and coconut curry cauliflower. Also new to the Backroom: A couple non-alcoholic mocktails.

Hage, who joined the Moody’s team in 2018, is an alum of Boston’s Columbus Hospitality Group, formerly the general manager at Ostra, and its Burlington restaurant, L’Andana. Howe is also a L’Andana alum, and was chef at Columbus Hospitality’s Teatro. Gleadow-Ware was formerly the chef at the Greydon House Inn on Nantucket, and was also executive chef at Charlie Palmer’s Aureole in New York City when it had a Michelin star.

This new culinary team is the same group that reopened Moody’s Deli earlier in May, and they are also reconcepting the short-lived El Rincon de Moody’s taqueria and barbecue shop, which will reopen this summer as “something totally different,” Hage told the Waltham News Tribune.

At the Backroom, the team promises even more menu additions in the coming weeks, and will also reintroduce brunch soon. For now, the Backroom is back open Tuesdays-Saturdays from 5-10 p.m. 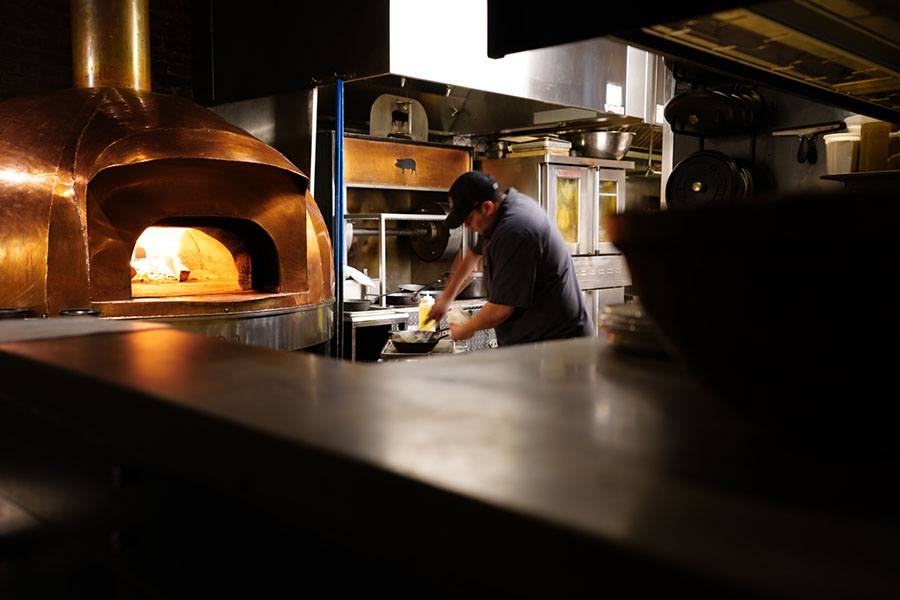 The wood-fired grill is alight once again at Moody’s Backroom. / Photos courtesy of Moody’s