Pizza and cocktails is the new winning formula from Somerville chef Tim Wiechmann. 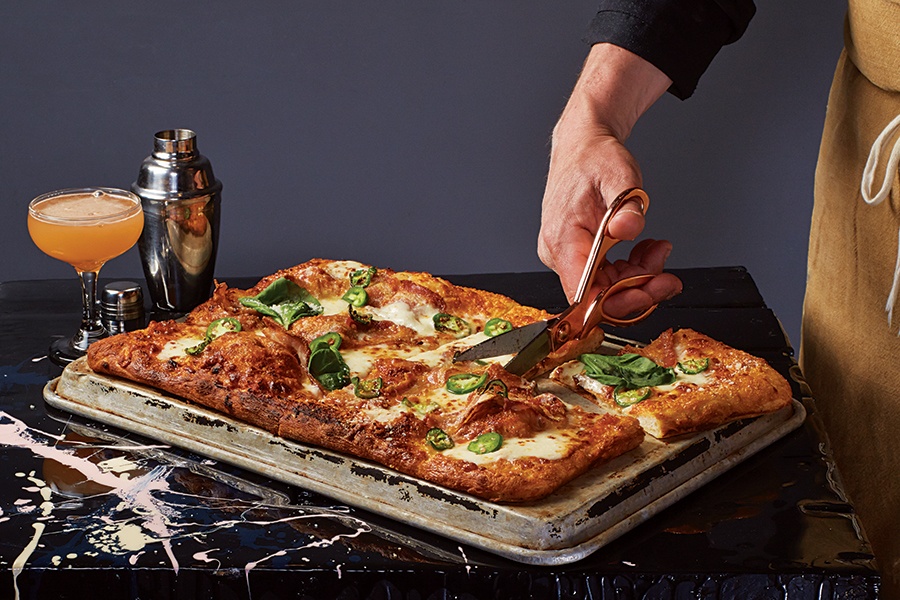 Prepare to eat some not-so-humble pie. Though he’s moved away from his fine-dining roots, Tim Wiechmann promises “chef finesse” for the wood-fired slices at Union Square’s T & B Pizza, opening next door to its German-oriented sibling, Bronwyn, on Tuesday, June 25. That means gourmet toppings—think fluke crudo and raclette cheese—on Neapolitan-style crusts, not to mention al taglio pies: a Rome-born, locally elusive variety characterized by thick, tender, hand-folded dough traditionally square-cut with scissors (it’s seen here topped with bacon and jalapeño). The pizzas will pair with killer spins on cocktail standards like margaritas and martinis from celebrated spirits guru Jason Kilgore, of neighboring Backbar, plus beer and wine. “We like the approachability of pizza,” Wiechmann says. At the same time, “you can take it as far as you want to go.”

Below, take a look at the opening menu. T&B Pizza is open Tuesday-Sunday for dinner from 5:30-10 p.m. 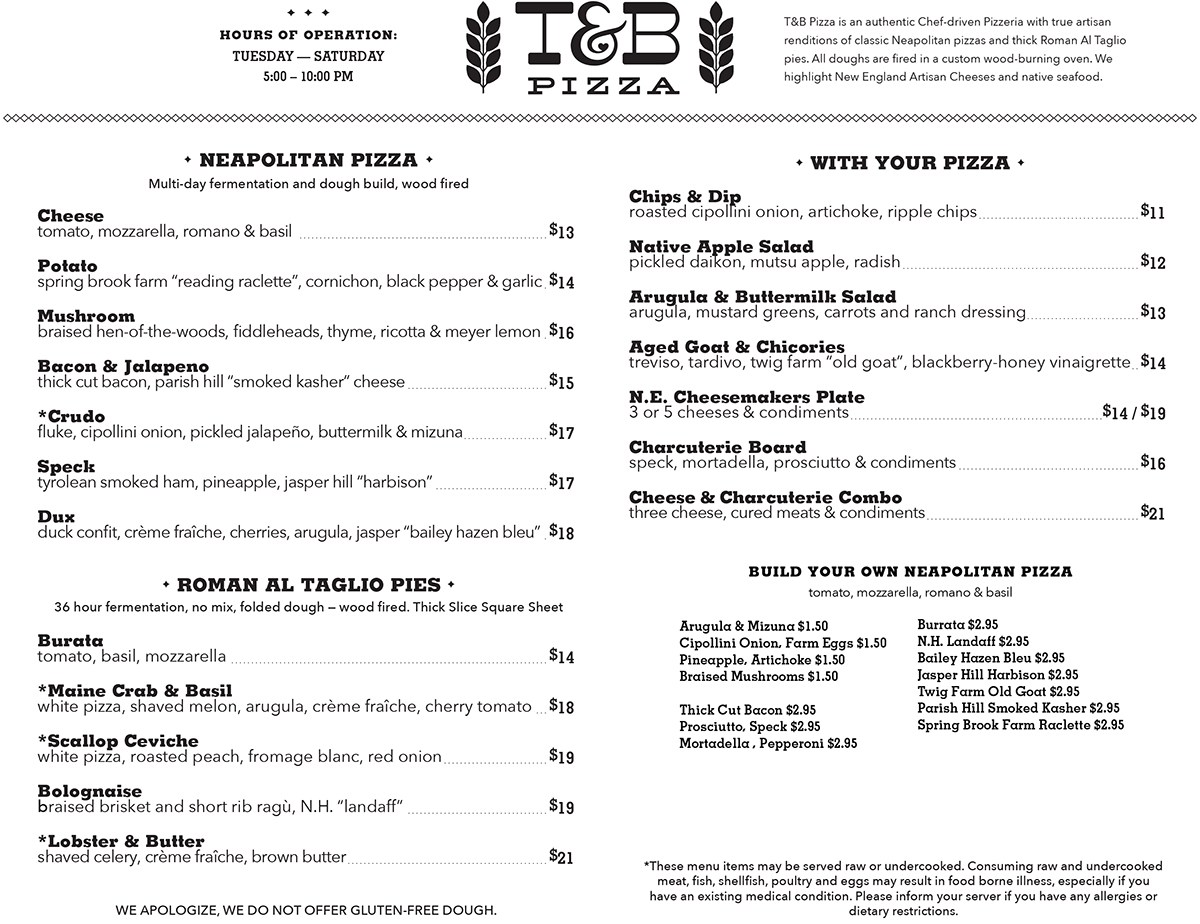 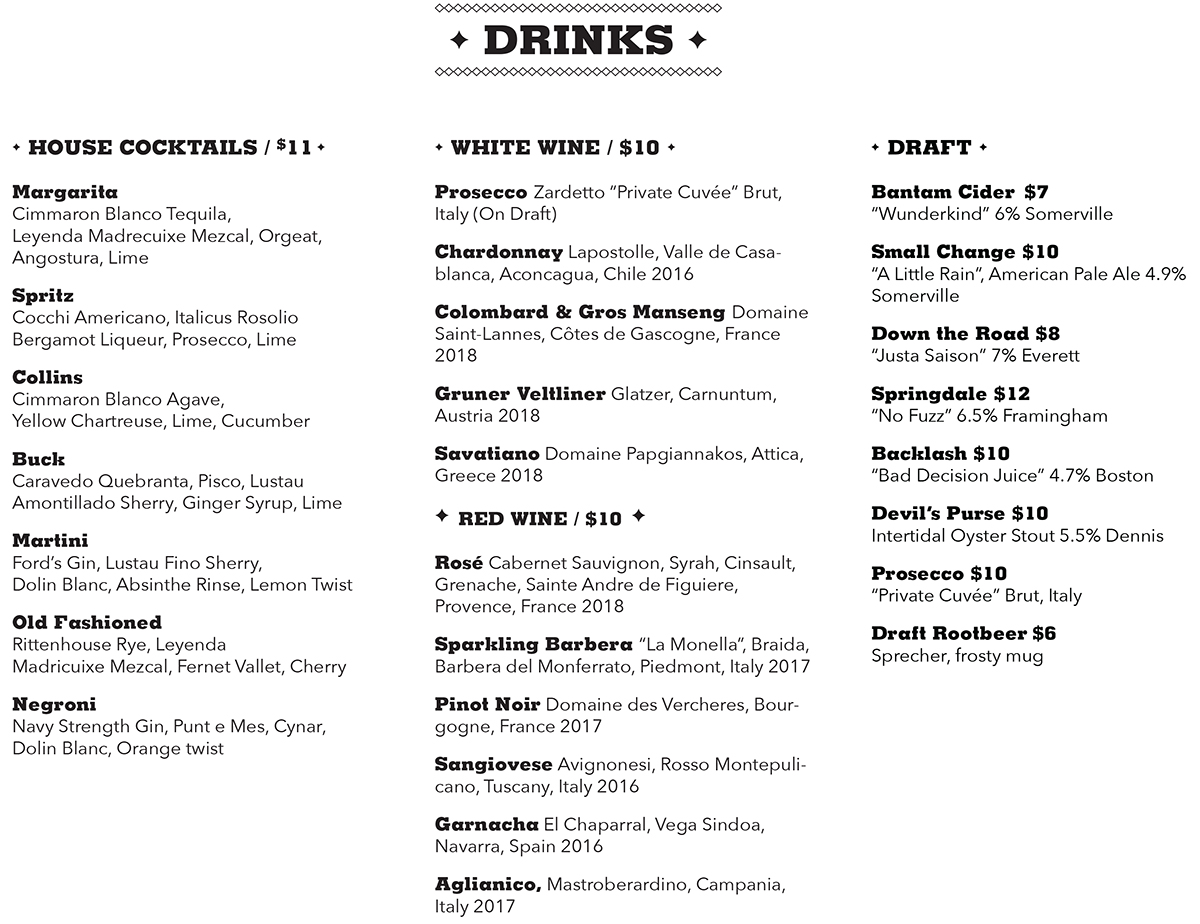 This article appears in the June issue of Boston magazine. The online version was updated Wednesday, June 5, with an early look at the T&B Pizza menu; and again on Tuesday, June 25, to announce the opening.