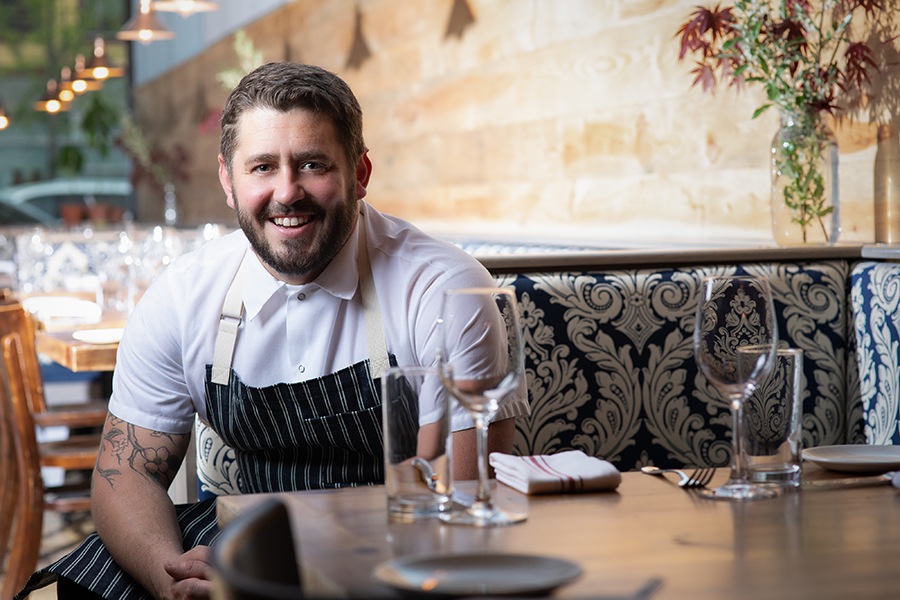 Will Gilson at Puritan & Co. The chef is debuting Café Beatrice this spring. / Galdones Photography

UPDATE, March 5, 2020: Chef Will Gilson and team are calling their new project the Lexington, “a hotel with no rooms.” The rooftop bar is the property’s namesake, the Lexington; while the team will reprise Café Beatrice as the all-day bakery and café. They will also debut an Italian restaurant called Geppetto, and private event space. Gilson is eyeing a summer 2020 opening for the Lexington.

The owner of Puritan & Co. is approaching new shores. Chef Will Gilson is in the early stages of opening a multi-concept café, restaurant, and cocktail bar in East Cambridge, which will be the first dining option for the developing Cambridge Crossing neighborhood. Located near the Charles River, where Cambridge, Somerville, and Boston meet, Cambridge Crossing—also called CX—is a 43-acre, mixed-use development. Gilson’s yet-unnamed project is slated to debut there in the first quarter of 2020.

The CX venture will build on both of those projects, with a lineup of baked goods, breakfast sandwiches, healthy bowls, and grab-and-go options by day; plus a 60-seat, full-service restaurant featuring “approachable” main dishes and small plates. The venue will have a 20-seat patio, plus a second-level cocktail bar and a rooftop terrace overlooking a grassy, common area of Cambridge Crossing.

His new project “is designed to be not just a restaurant but rather a destination within a growing and inclusive community,” Gilson said in today’s announcement. “We want to build a place that accommodates everyone from morning commuters grabbing a coffee, to residents and tenants in need of a quick bite, to friends enjoying a night out.”

The unnamed concepts are headed for a building at CX called “the Shed.” A standalone retail structure situated in the middle of the development, it’s surrounded by green space, including public grills and lawn games, as well as a waterway. Close to Kendall Square, the Green Line, and the Orange Line, Cambridge Crossing plans call for about 2,400 new housing units to be built in the coming years.

“Will’s concept is just the start of what we believe will be one of the most diverse destinations in Greater Boston and we are thrilled to have Will join the CX community,” Roopenian said.

While CX is under construction, it has started welcoming residents and visitors alike with free fitness activities, live music, and more public events. Gilson, of course, is keeping busy at Puritan & Co.—which is planning its fifth annual Rosé Rumble for June 19 this year—and Café Beatrice—not to mention the coffeeshop’s namesake, the chef’s newborn daughter.

Gilson’s “innovative concepts embody the kind of creative East Cambridge spirit we inspire to have at CX, and further our goal of creating a diverse and authentic place that attracts people from throughout the community and keeps them coming back again and again,” said Mark Roopenian, managing director of CX’s developer, DivcoWest, in a press release.

Stay tuned for more details about his forthcoming café, restaurant, and cocktail bar at Cambridge Crossing. 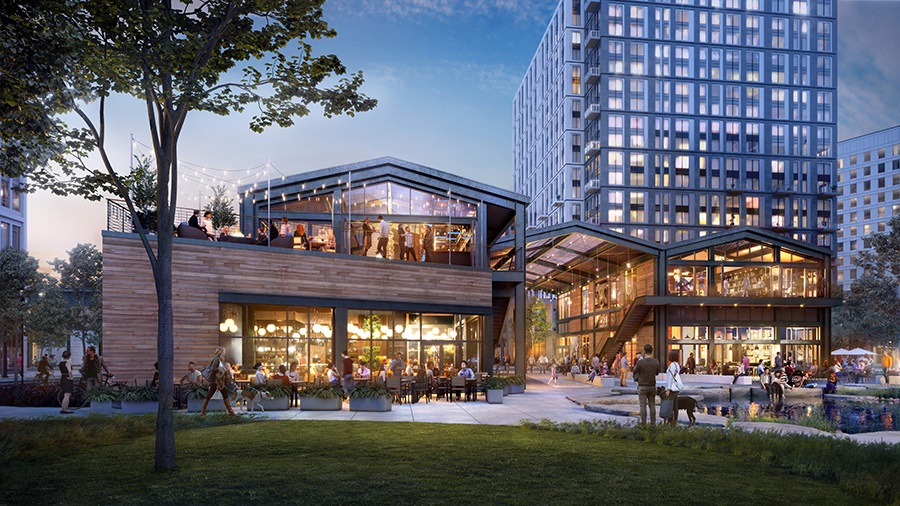 “The Shed” at Cambridge Crossing will be home to a new, multi-concept restaurant from chef Will Gilson. / Image courtesy of Steelblue