An American brasserie debuting this summer, it will be a comfortable gathering place for the neighborhood. 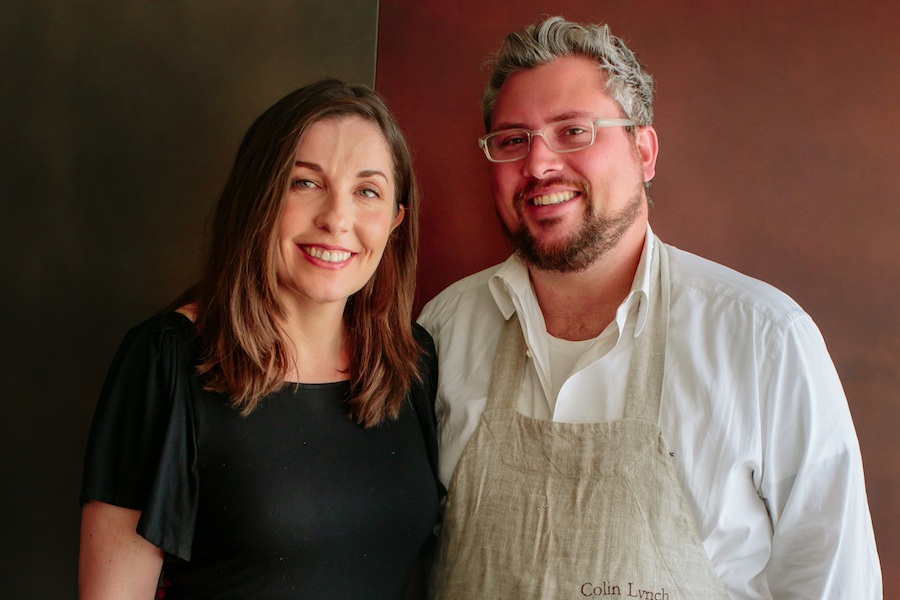 Here are a few more details about what the Bar Mezzana team has in store for the former Stephi’s on Tremont space: Chef Colin Lynch, partners Heather Lynch and Jefferson Macklin, and beverage director Ryan Lotz are opening Black Lamb, a comfortable, casual, American brasserie, in the South End later this summer.

The quartet—all alumni of Barbara Lynch restaurants—has a fifth managing partner involved with Black Lamb. Ben Kaplan was director of operations for the Barbara Lynch Gruppo from 2014-2017, and is a former general manager of Scarpetta in New York City. The group also just announced Black Lamb’s executive chef will be Boston kitchen veteran, Chris Drown. Drown was sous chef for the final nights at Hamersley’s Bistro, and he opened Cushman Concepts’ Hojoko as executive sous chef. He’s also been on the line at O Ya. At Black Lamb, Drown will develop menus for lunch, dinner, and weekend brunch.

Since opening at Ink Block in 2016, Bar Mezzana has earned acclaim for its stellar crudo and overall excellent coastal-inspired Italian fare; the restaurant is the No. 6 Best Restaurant in Boston. The group debuted a sultry, subterranean tiki bar, Shore Leave, in late 2018, and quickly added some of the hottest seats in town at a nine-spot sushi bar called No Relation. Married partners Colin and Heather Lynch have lived in the South End for more than 10 years, and are planning “a love letter to the community” with Black Lamb.

The Tremont Street spot—which was home to a beloved street-side patio from 1994 until earlier this year—is currently under construction, and hiring for Black Lamb is underway. The brasserie is on track for a summer 2019 debut. Black Lamb has claimed its place on Instagram @blacklambbos. Stay tuned for more details about the addition to this venerable restaurant group’s flock.