The celebrity chef is opening his first Massachusetts restaurant inside Big Night Live at the TD Garden. 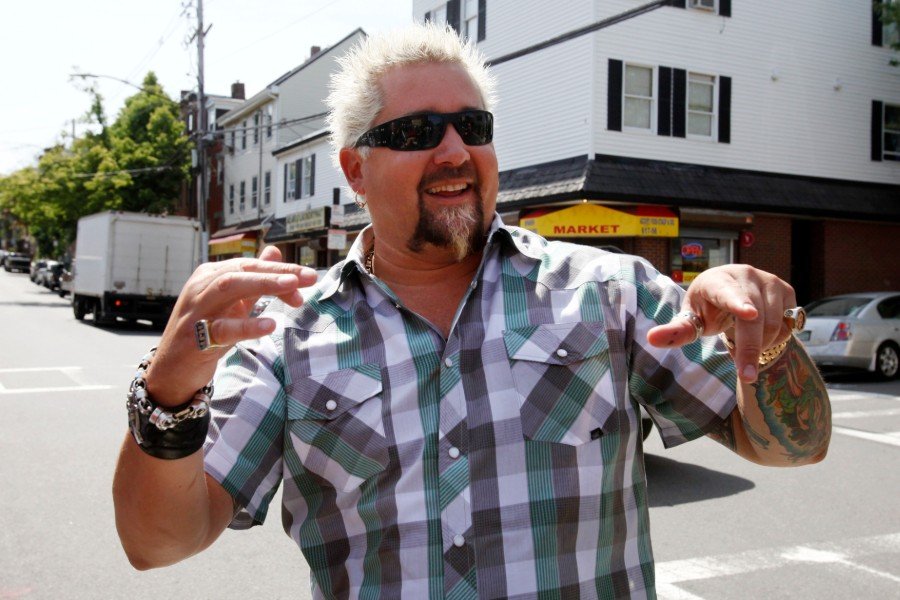 Guy Fieri in East Boston in 2012, while filming a segment for “Diners, Drive-Ins and Dives.” The restaurateur and Food Network celebrity is opening Guy Fieri’s Tequila Cocina at the TD Garden this fall. / AP Photo/Michael Dwyer

The Hub is getting a new nickname: Flavortown. Guy Fieri is opening his first restaurant in Boston this fall. Called Guy Fieri’s Tequila Cocina, the new joint is adjacent to the TD Garden, and part of the expansive Big Night Live music venue that the city’s most conspicuous nightlife group, Big Night Entertainment, is bringing to the new Hub on Causeway development.

The frosted-tipped icon was in Boston on Wednesday night to unveil Guy Fieri’s Tequila Cocina—then to catch the “spicy” Game 2 of the Bruins-Blues Stanley Cup Finals matchup, Fieri shared on his fleeting Instagram story. The cocina’s calavera-inspired logo is based on one of Fieri’s left-arm sleeve tattoos.

Guy Fieri’s Tequila Cocina will be a 185-seat, full-service restaurant, rockin’ “interpretations of Latin street food with a focus on rich and bold flavors that put a unique twist on traditional dishes.” It will serve both lunch and dinner. Frequent BNEG associate Peter Niemitz is designing the colorful space. A large bar area will feature inventive cocktails, with a tequila list 100 bottles strong. Hopefully Fieri’s new tequila collaboration with none other than Sammy Hagar will be among the many.

The cocina is taking over 6,000 square feet of Big Night Entertainment’s 40,000-square foot entertainment destination, which will also include a luxury music venue in conjunction with Live Nation concert promoter. Fieri’s involvement precludes a previously announced, BNEG-developed, Latin-inspired restaurant there, called Poco Diablo. The partnership makes sense: Big Night Entertainment Group, which is behind the Grand, Empire, Red Lantern, and other A-list-attracting venues in Boston (Travis Scott wound down after Boston Calling at the Grand) is a partner in Guy Fieri’s Foxwoods Kitchen & Bar.

“We knew that Guy Fieri was the perfect partner for this restaurant because not only is he an incredible chef, but he’s a fantastic entertainer who embodies the high-energy we are looking to create for those guests who will visit Big Night Live,” BNEG principal owner Ed Kane said in a statement.

Fieri’s name is on 70 restaurants around the world, including the Mexican-inspired El Burro Borracho (“the drunken donkey”), with two locations in Nevada. Boston will be his first Tequila Cocina, and his first restaurant in Massachusetts.

The celeb chef has visited Boston many times, though, hitting up such joints on his show, Diners, Drive-Ins, and Dives, like Rino’s Place, Sam La Grassa’s, Yankee Lobster, Boston Burger Company, Lone Star Taco Bar, and more. He loves us.

“Boston has always been one of my favorite cities to hit for DDD… great people and even better food,” Fieri said in a statement. “So, to have the chance to start the party at Big Night Live with my Tequila Cocina, I couldn’t be more stoked!”

Guy Fieri’s Tequila Cocina is on track for a fall 2019 opening in Boston. 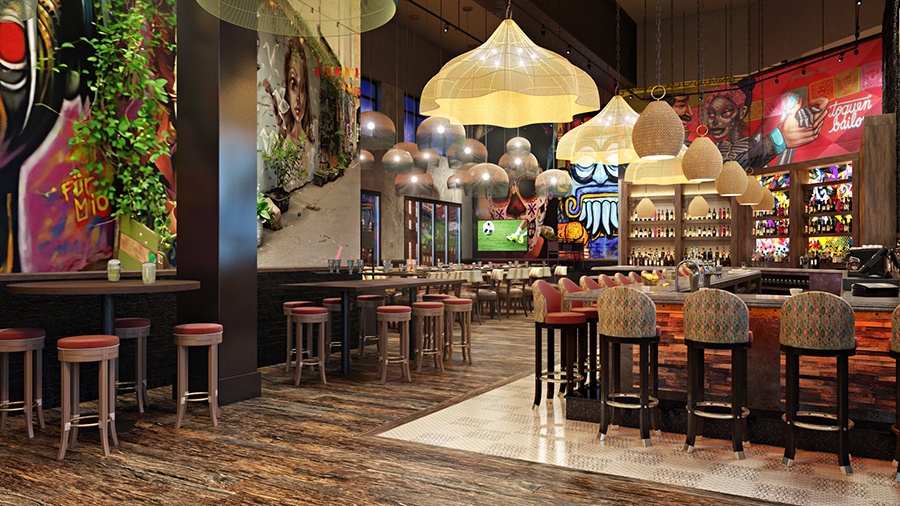