Here's your first look at new spot on Portland Pier, with an expanded menu and 360-degree waterfront views. 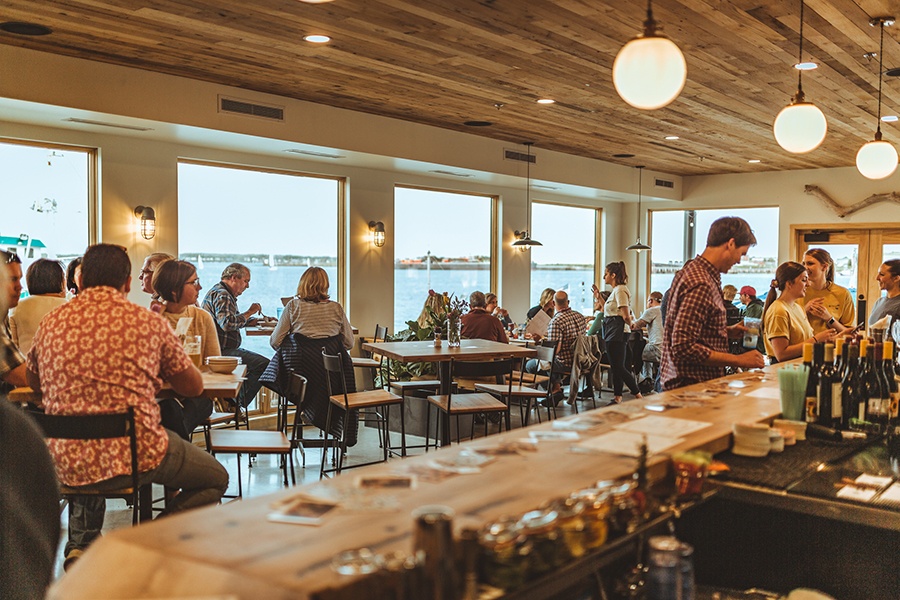 The main dining room at bar during a friends-and-family service at the new Luke’s Lobster restaurant in Portland, Maine. / Photo by Chris Cary

There are no shortage of reasons to visit Maine this summer, especially for fans of lobster rolls. The latest reason comes from Luke’s Lobster, a New York-born seafood company anchored in Maine lobstering heritage, with 40 restaurants around the U.S. and Japan. Luke’s Lobster opens its first year-round, full-service restaurant this week on Portland Pier, with an expanded menu, two full bars, and sweeping views of the working harbor.

With 170 seats across two levels, including an outdoor patio, the latest restaurant is quite a different enterprise than the Luke’s Lobster counter-service operations around Boston, New York City, Philadelphia, Las Vegas, and elsewhere. The company’s Boston Seaport location is just 20 seats, for instance. (It has a seasonal, full-service restaurant at a fishing dock on Tenants Harbor, Maine, which is open from late June through August.) The Portland Pier restaurant will still offer counter service on the first floor during lunch hours, but the whole restaurant will be full service during dinner.

The menu has grown along with the space to include fried clams, grilled haddock, and more classic New England cooking. Check it out below. The bar will shake up a selection of seasonal cocktails, and pour local craft beer on draft, and natural wines by the glass. Luke’s has a custom roast from Coffee By Design, and the new spot serves Boston-born, Biddeford-based the Parlor Ice Cream Co., and Portland-made treats from Two Fat Cats Bakery for dessert. The head chef is Maine native Zac Leeman, who grew up on Orr’s Island as the son of a commercial ground fisherman, before graduating from Johnson & Wales University and cooking around the U.S. and Virgin Islands.

Luke’s Lobster founder Luke Holden also grew up in a seafood family in Cape Elizabeth, Maine. The third-generation lobsterman opened his first seafood shack in the East Village in 2009 with business partner Ben Coniff, because he was “missing Maine and eager for a taste of home,” Holden said in a press release. “The idea developed into bringing the best and most sustainable seafood that Maine has to offer to cities across the country and around the globe.”

The company has since grown to include its own seafood processing facility in Saco, Maine, and a lobster wholesaling and distribution facility on Portland Pier, from which Luke’s Lobster sources all of its lobster and crab. The new restaurant is attached to the wholesale operation. Separated by a glass wall panel, diners can see the processing facility’s massive lobster holding tanks from the restaurant, and take fresh lobster to go to cook at home.

Luke’s is the lobster supplier for Whole Foods Market nationally. Holden sits on the board of the Maine Lobster Marketing Collaborative, the Island Institute, and the Tenants Harbor Fisherman’s Co-op, which he helped found. In 2018, Luke’s Lobster became a certified B Corporation, and it supports ocean and coastal non-profit groups through the Keeper Fund, which the company established in 2018.

Luke’s Lobster is poised to be one of the Portland waterfront’s largest restaurants, the Press Herald reported. The seafood company invested in structural improvements to the aging pier, to support all the new activity. Opening a full-service restaurant there is “a homecoming,” Holden said. “We seek to make meaningful contributions to this vibrant community and the working waterfront through our lobster and crab buying station and the restaurant.” He elaborated to the Press Herald, “What we love about this project is the collaborative nature of the working waterfront and a restaurant.”

Luke’s Lobster opens to the public for dinner on Wednesday, June 5, and lunch begins on Thursday, June 6. The restaurant won’t accept reservations to start, but that capability will come online in the coming months, follow @LukesPortland for updates. Regular hours are Sunday-Wednesday from 11 a.m.-10 p.m., and Thursday-Saturday from 11 a.m.-11 p.m. 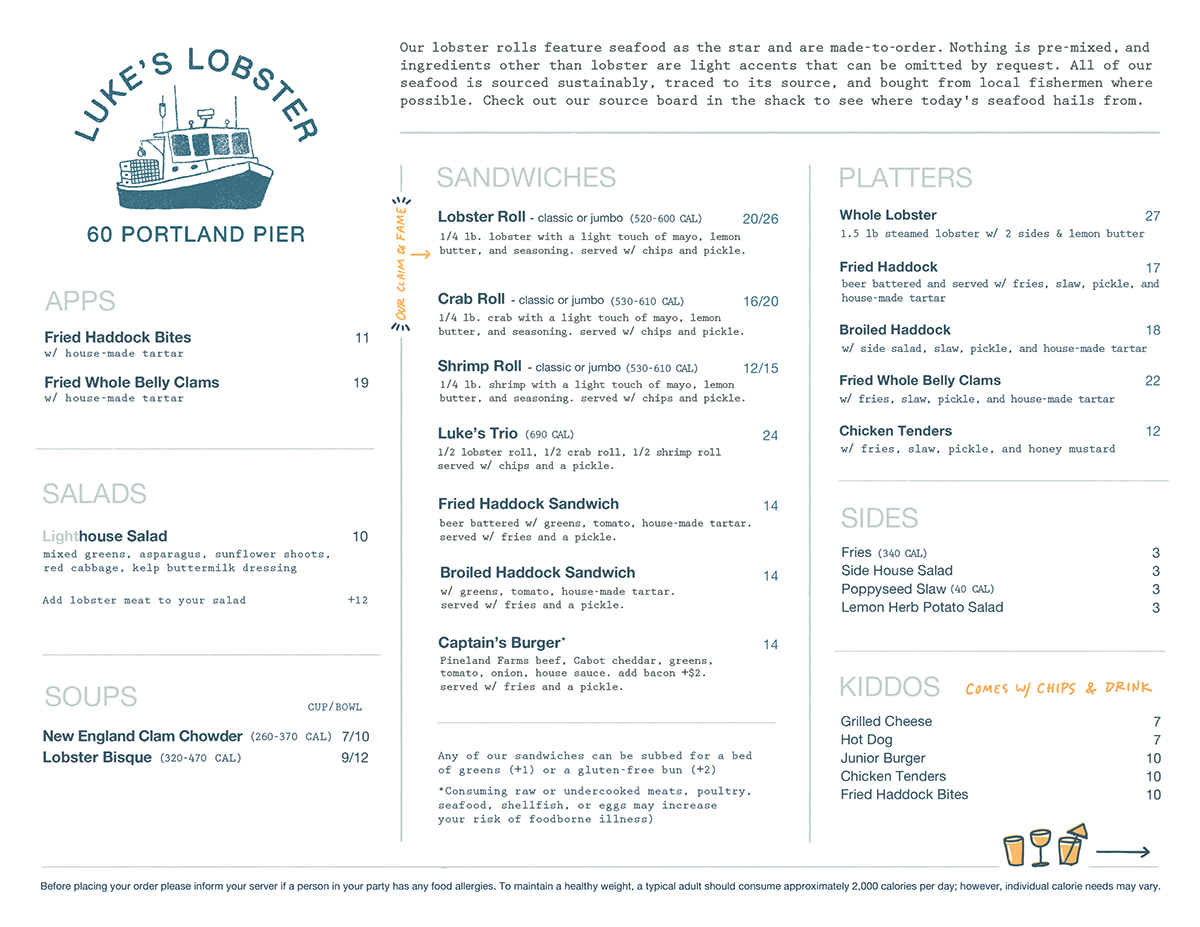 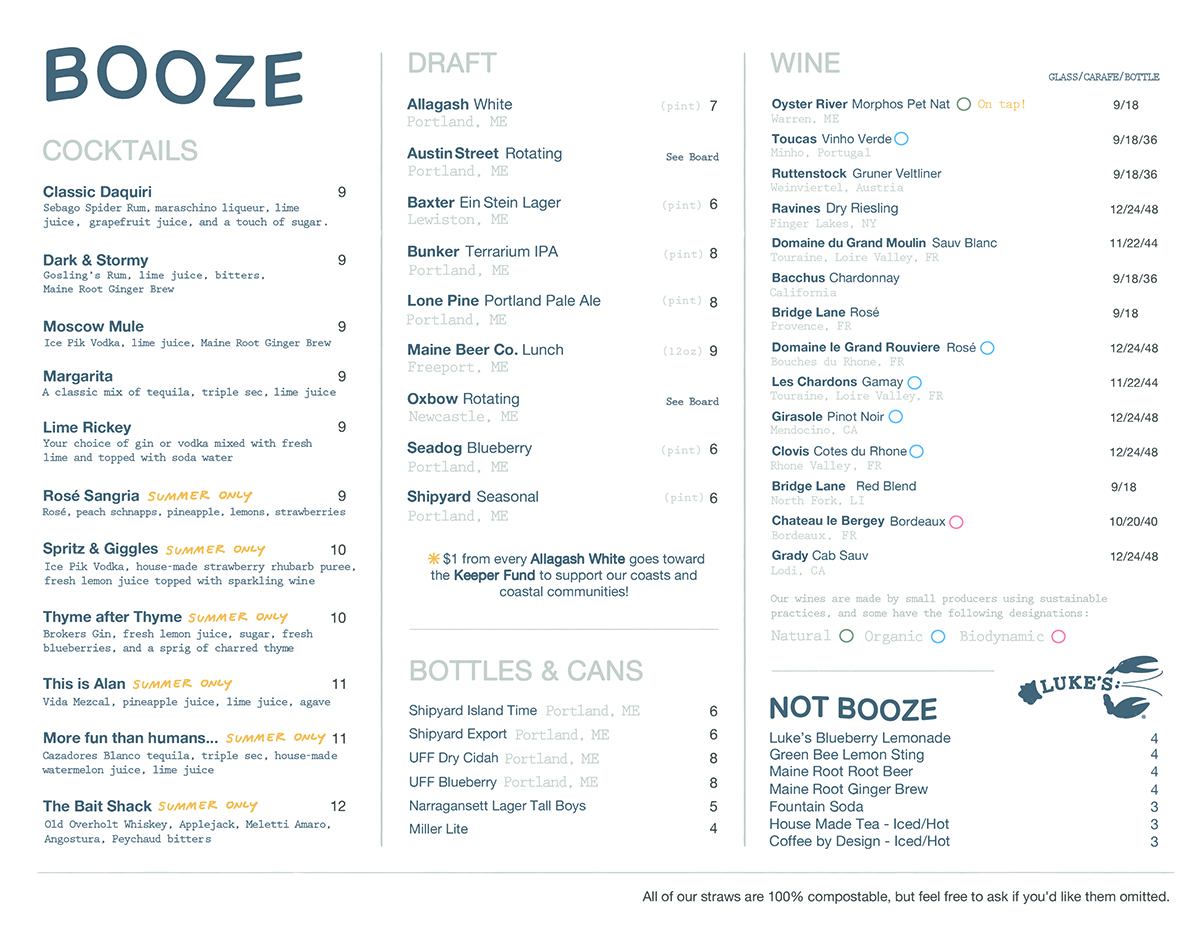 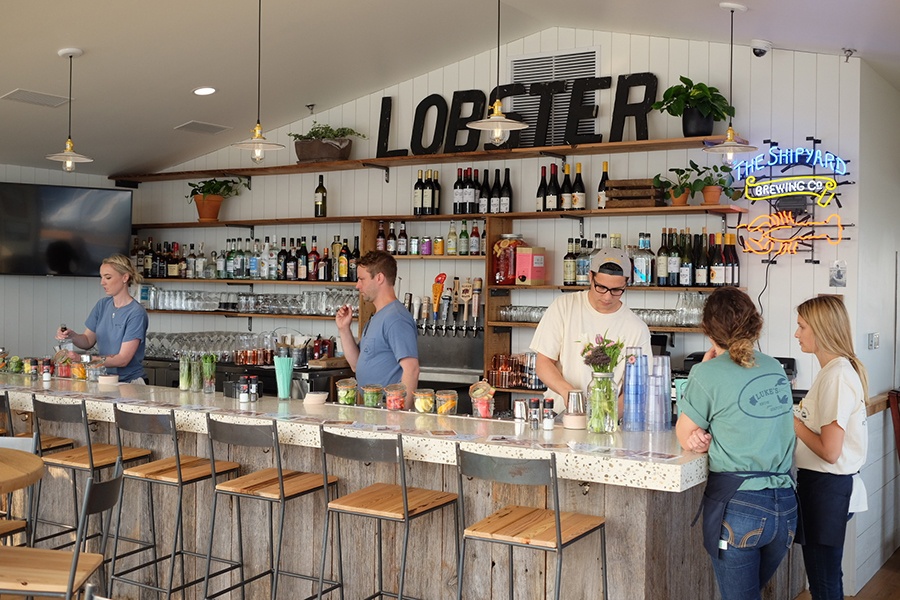 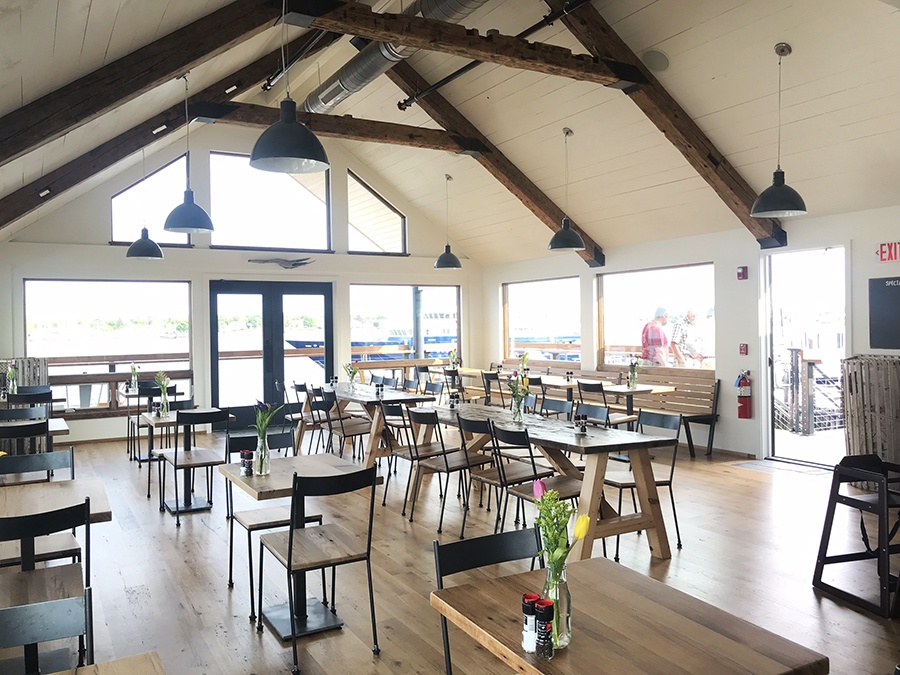 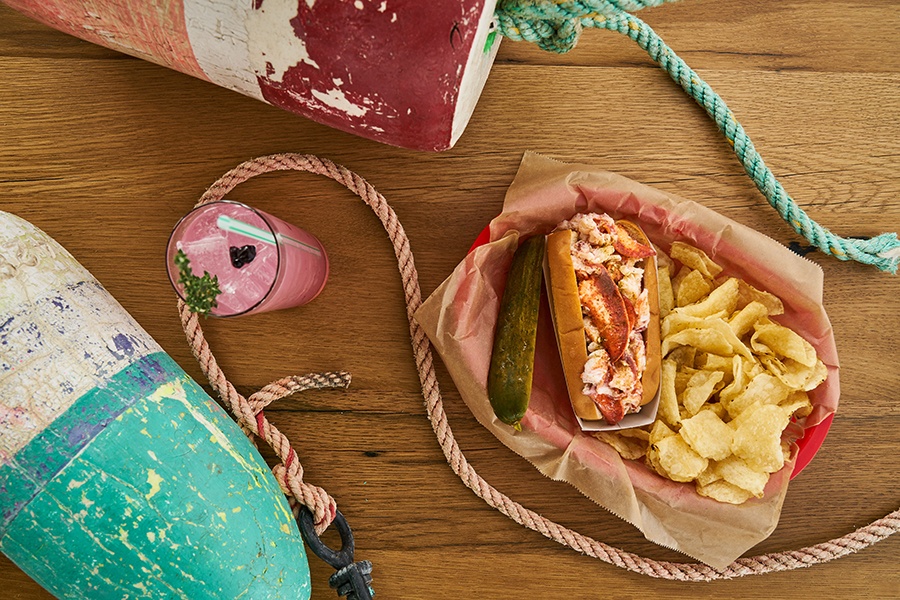 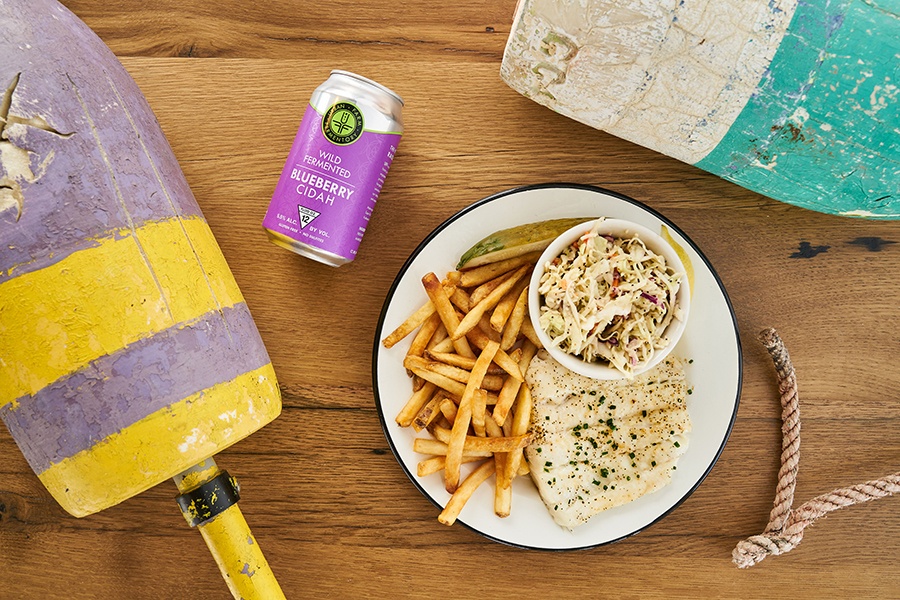 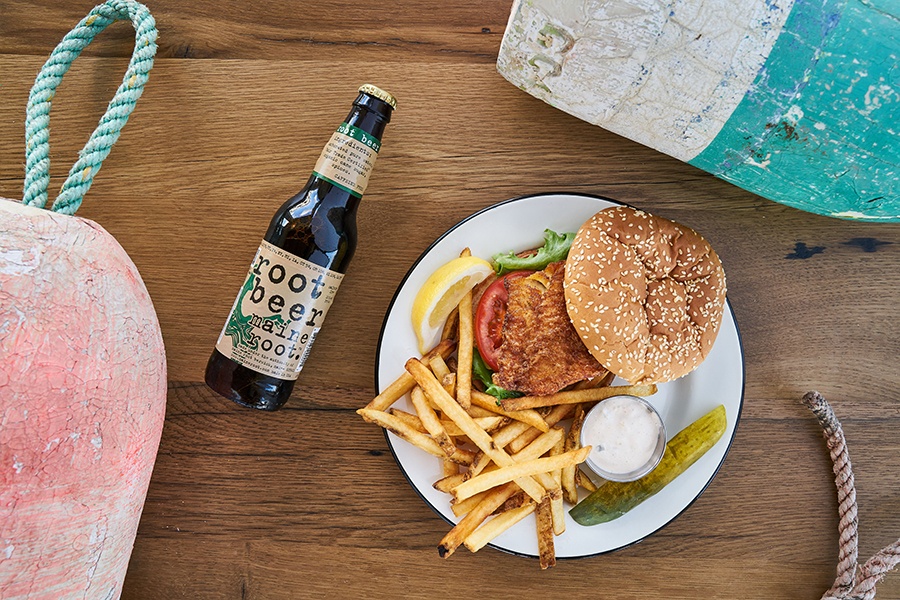 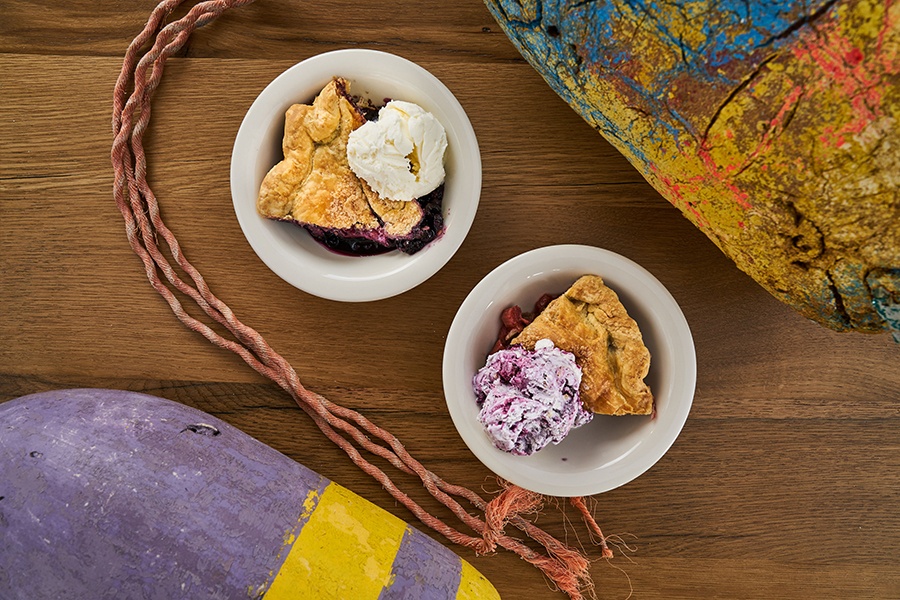