Tree House Brewing Has a Boston Beer Garden This Summer

The highly rated Central Mass. brewery is pouring outside the Prudential Center with Berklee musicians. 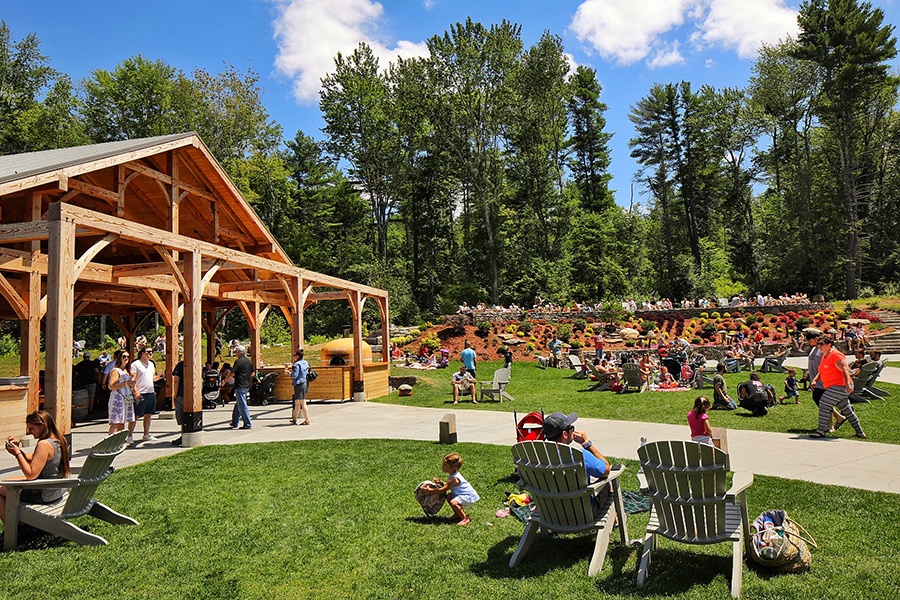 Tree House Brewing Co. is bringing a taste of their Charlton taproom (pictured) to Boston this summer with a pop-up beer garden at the Pru. / Photo by Nate Lanier

The top-rated Massachusetts brewery is getting in on the flourishing Boston beer garden scene: Tree House Brewing Co. will pop up in the Back Bay, alongside performances by Berklee College musicians, for four nights only in June and July.

The casual, free event, which will also feature food pop-ups (food and beer is pay-as-you-go), is taking over the South Garden at the Prudential Center, just off the central court of the mall. It’s a big, landscaped lawn with some café-style seating and a water fountain, and it’s a popular spot to host free outdoor events in the summer. The beer garden and performances are happening rain or shine. (UPDATE, June 13: Or not.  Sorry, kids, the first event is cancelled because of weather.) Attendees will need to show ID and get a wristband to enter the beer garden, and wristbands will be limited to 1,000 per session, Tree House said on Twitter.

Tree House will have eight different beers on draft, rotating through popular New England IPAs like Haze, Lights On, and Bright; as well as other styles, like Double Shot stout, Trail Magic pilsner, and Bear American brown ale. These beers—all rated at least “exceptional,” if not “world-class,” on BeerAdvocate—have historically never been available in Boston, besides the occasional Massachusetts Brewers Guild festival or other one-off event.

Tree House’s 55,000-square foot Charlton brewery, where they moved in 2017, draws long lines of beer fans looking to pick up the coolest new cans (often designed by local artist Dean McKeever). The Back Bay event will not offer can sales, alas, but it will invoke the must-visit scene at Tree House’s destination taproom, with food vendor pop-ups and live music—and of course, fresh pints. The beer garden announcement also mentions that wine will be available.

The exciting news that Tree House will be coming to Boston this summer comes in the midst of a huge year for the 8-year-old brewery. Tree House Brewing cracked the Brewers Association’s 2018 list of the top 50 fastest-growing breweries in the U.S., coming in at No. 45. In February, it became the latest brewery to announce plans to establish an orchard and farm fermentory on land the company purchased in Connecticut. In March, Boston magazine readers voted Tree House into the Malt Madness Final Pour.

“We are very much looking forward to sharing a beer with you, and listening to some extraordinary music in a comfortable and beautiful environment right in the heart of the City!” Tree House announced.

Check out the musician lineup and Tree House beer garden dates below. In other exciting Boston-area beer garden news, Notch Brewing’s series with the Trustees of Reservations is underway in earnest, and the session beer specialists are also regularly set up under the Salt Marsh Tent at Woodman’s of Essex. Find Notch there next on Father’s Day—and check off eating fried clams and visiting a beer garden from your summer bucket list.

Here’s an opportunity to cross off both visiting a Boston Harbor Island and a beer garden: Trillium Brewing is bringing its outdoor operation to the first Spectacle Summer Nights event on Saturday, June 29.

Cheers to a stellar summer, Boston!

Evenings at the South Garden with Tree House and Berklee Musicians