Go ahead. Crack open another one.

Maybe you’ve just finished running a loop around the Fens. Perhaps you need a break from mowing the lawn, or from putting a fresh coat of paint on the screen door. You might be headed to the beach, going for a hike, or untying the boat for the day. And then it hits you: I need a beer.

Whatever it is you’re up to this summer, you’re probably not reaching for a hop bomb IPA, luscious milk stout, or even a fruit-forward sour. On hot sunny days, you need a beer that’s light, quenching, and modestly boozy—something to crack when the sun is still shining. This summer, the craft beer industry is right there with you: Package store coolers are full of flavorful brews that are lighter on alcohol, big on refreshment, and priced for everyday indulgence. Here are 10 of our favorite “fridge beers” right now, from an easy-drinking American lager that’s Mass. produced—not mass produced—to a zippy, Belgian-style saison in a can. 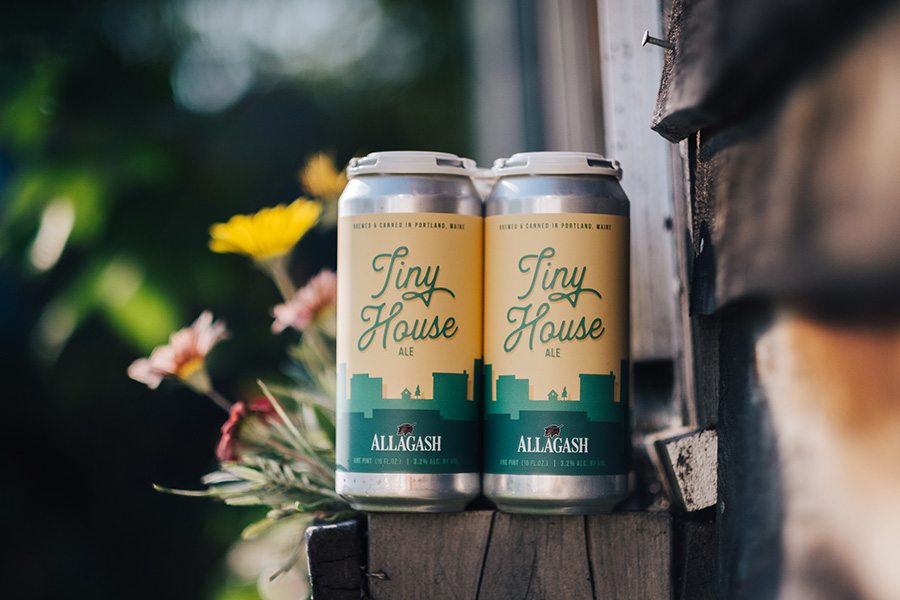 New to the northeast market from these Portland, Maine, playmakers is a full-flavored, totally tiny, hoppy beer. It’s brewed in the tradition of Belgian house beers—lower-ABV brews that are made for the brewers themselves. (You need to keep it low-key when sipping on the job.) A “wee version” of the brewery-only House Beer, Tiny House is just 3.4 percent alcohol-by-volume. It also happens to be Allagash’s lowest-calorie beer ever, at 113 calories per 16-ounce serving. But thanks to Victory malt and a dry-hop addition of Amarillo, it’s loaded with aromatic flavors of melon, grapefruit, and subtle malt notes. 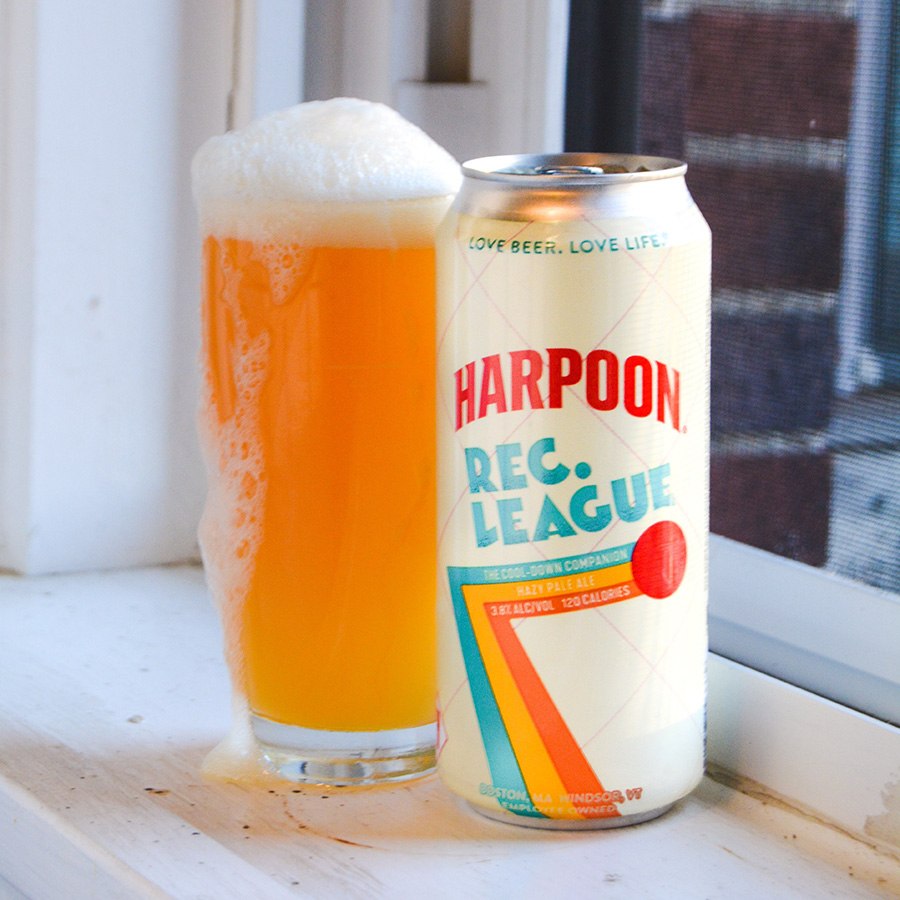 Photo by Phil Cassella for Craft Beer Cellar/used with permission

A unique recipe featuring buckwheat kasha, chia seeds, and Mediterranean sea salt puts a vitamin-spiked twist on the hazy New England style. It’s crafted to refresh after physical activity—hence the name—but at only 3.8 percent alcohol-by-volume and 120 calories, this year-round crusher is perfect for any day-drinking. 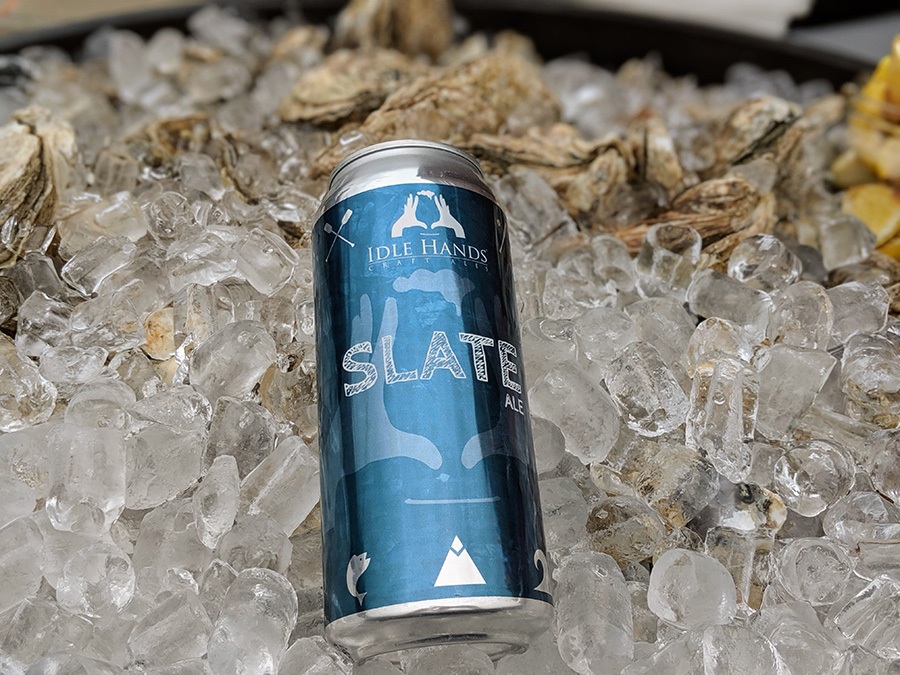 The newest year-round release from this Malden brewery is “an everyday drinker that doesn’t break the bank and doesn’t require a lot of thought,” says Idle Hands founder Chris Tkach. “We as beer drinkers sometimes forget that beer can be easy and still be good.” The 5.3% ale’s crisp finish balances light tropical fruit, melon, and raspberry notes, and Slate is readily available at stores around the region. 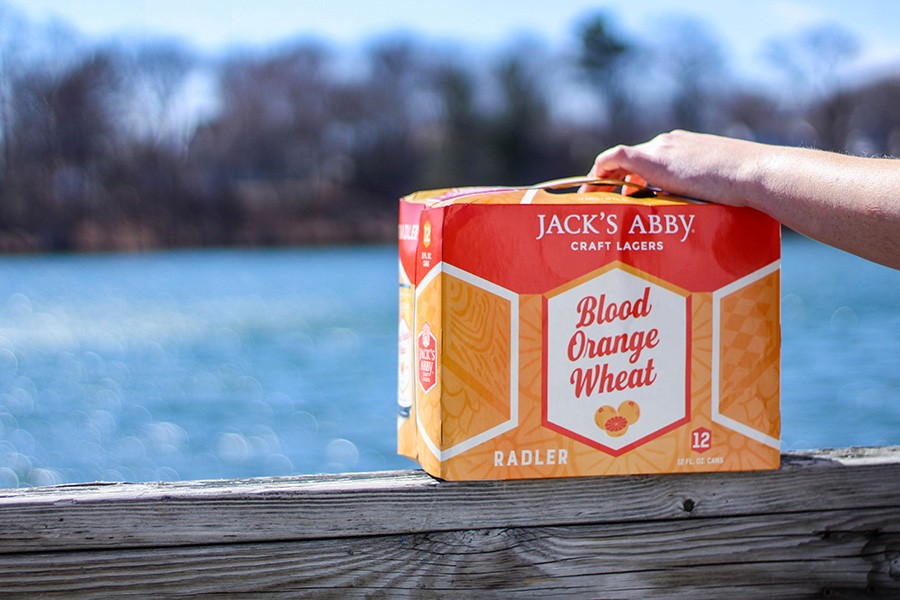 The aptly named, readily available House Lager is one of our go-to fridge beers all year long. But this spring, the crushable Blood Orange Wheat Radler has also earned itself plenty of shelf space. That’s because the 4%, traditional wheat lager, infused with blood orange purée, is just a little fruity (not too sweet), a tad spicy, and oh-so-crushable. Plus, Jack’s Abby has packaged it in beach cooler-ready 15-packs this season. (House Lager also comes in that economical format at the same price point.) 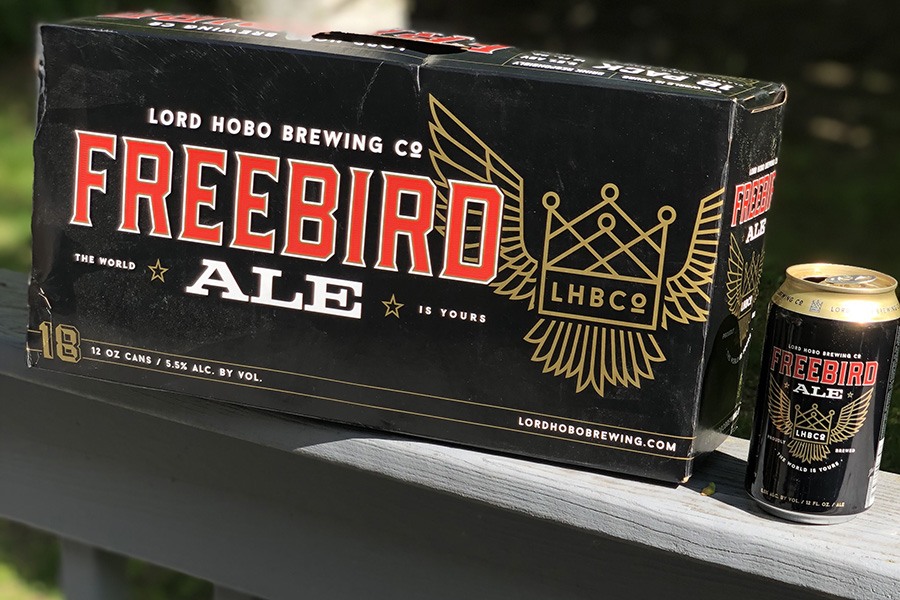 A new golden ale from the Woburn brewers of Boom Sauce, Freebird is a bit different from the typical Hobo juice in that hops take a backseat in the flavor profile. The fruitiness of Simcoe and Amarillo hops is definitely present, but this 5.5% beer is all about light sweetness and crisp caramel. Besides the easy-drinking flavor, this is a summer go-to thanks to the very appealing 18-pack of 12-ounce cans. 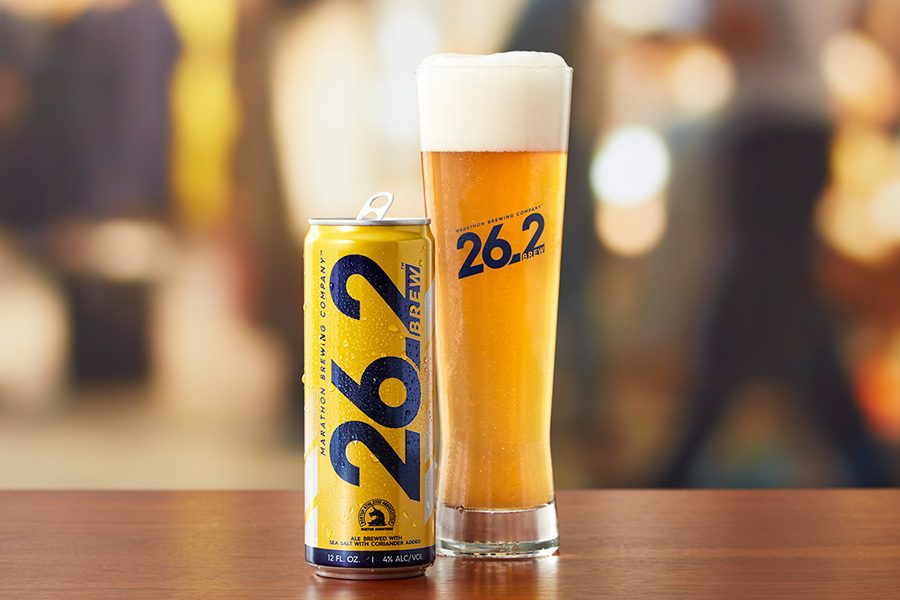 The Boston Beer Company—makers of Sam Adams, and many other brands—has long crafted the official brew for its hometown marathon. But the beermakers picked up the pace this year, releasing a year-round, nationwide beer under a whole new brand: Marathon Brewing. Developed by brewer and marathoner Shelley Smith especially for post-run refreshment, the 4%, 120-calorie, 26.2 Brew is made with a hint of Himalayan sea salt and coriander. It’s meant to be a great-tasting, crisp reward to crack at the finish line—even if your finish line is simply the office clock striking 5 p.m. 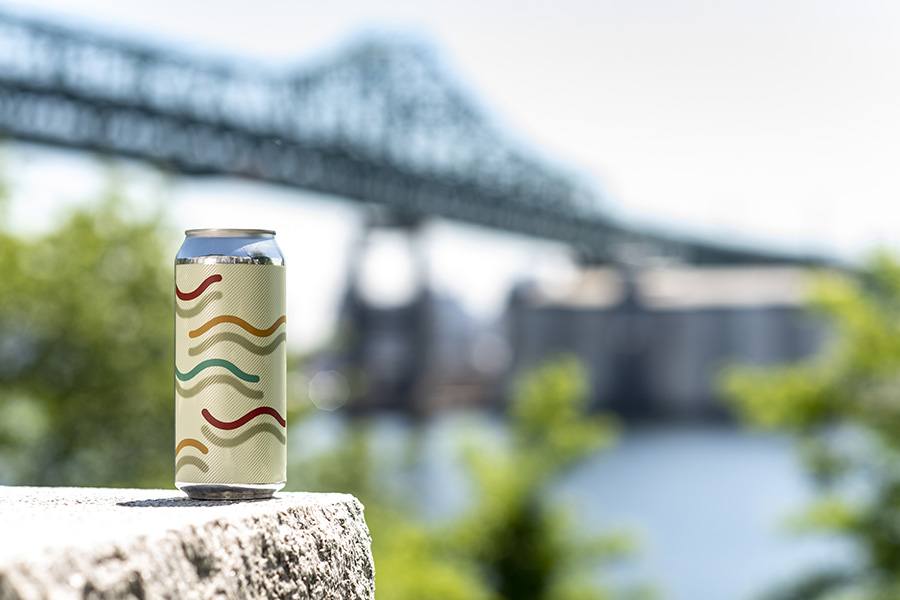 A stellar example of what this Chelsea brewery is so very good at, this fruity, dry, farmhouse-style saison is an everyday refresher at just 4.3%. But it’s crafted with the same care as any of Mystic’s brews: Belgian-style “table beers” are typically naturally carbonated in their bottles, but brewmaster Bryan Greenhagen’s team has perfected a unique process to condition theirs in today’s preferred format of the 16-ounce can. 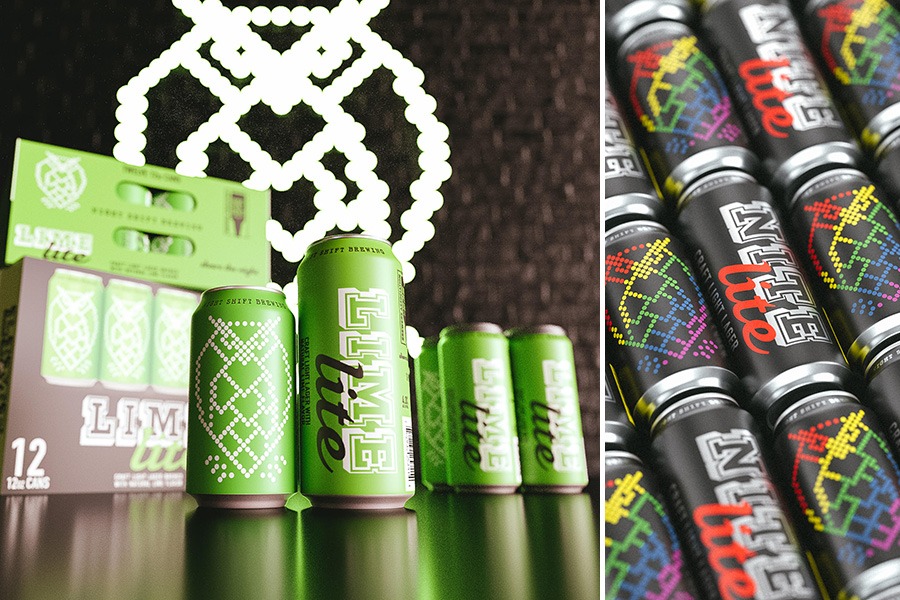 The Everett-based brew crew developed a craftier version of light lager over the past few years for a couple reasons: First, to give its own brewers a break from hop bombs, but secondly—and explicitly—to take aim squarely at the lager-saturated beer giants of the world. “Why did we wall off the biggest part of the beer sandbox to these global brewers, while the local brewers are playing in the 10, 15 percent market share hopland?” Night Shift cofounder and Mass. Brewers Guild president Rob Burns posed to the New York Times. Made with flaked corn, the 4.3% Nite Lite and its citrusy sister beer, Lime Lite, are light and crisp, available year-round, and only 120 calories each. 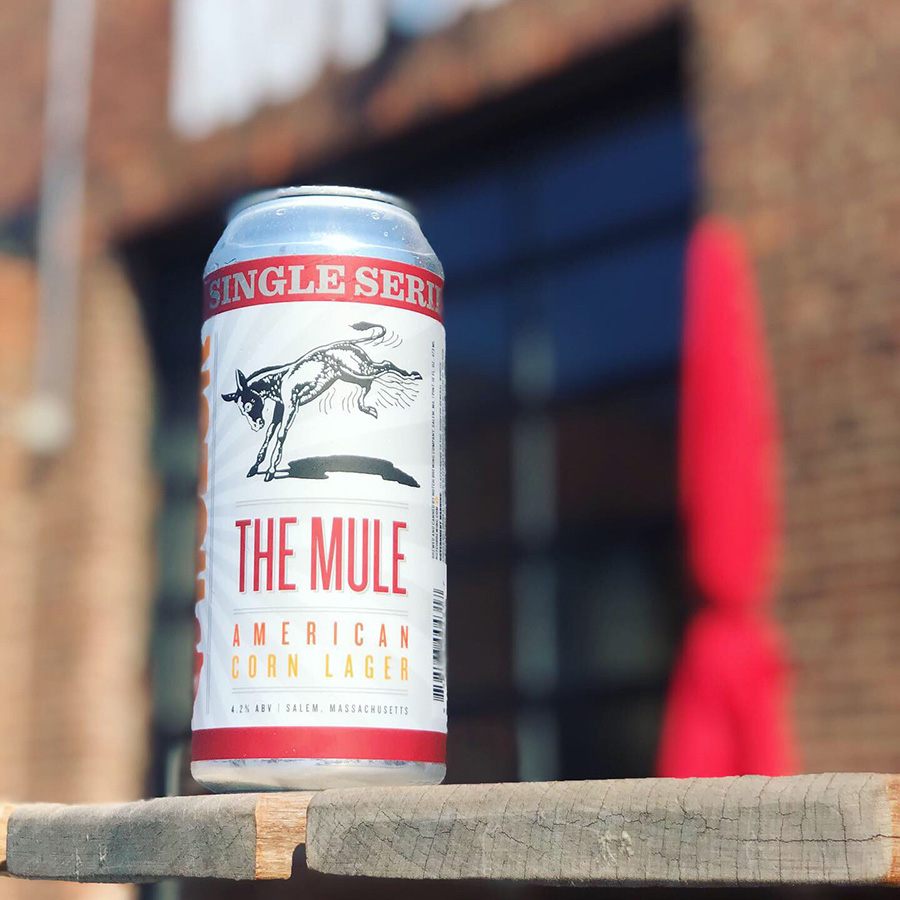 Brewmaster Chris Lohring has been making this 4.2% summertime sipper for seven years—well before it was cool for craft makers to use the misunderstood brewing grain that is corn. We’re glad he persevered, and is finally canning this delicate, slightly spicy and dry lager for the first time ever this summer. Look for it on retail shelves through mid-August. 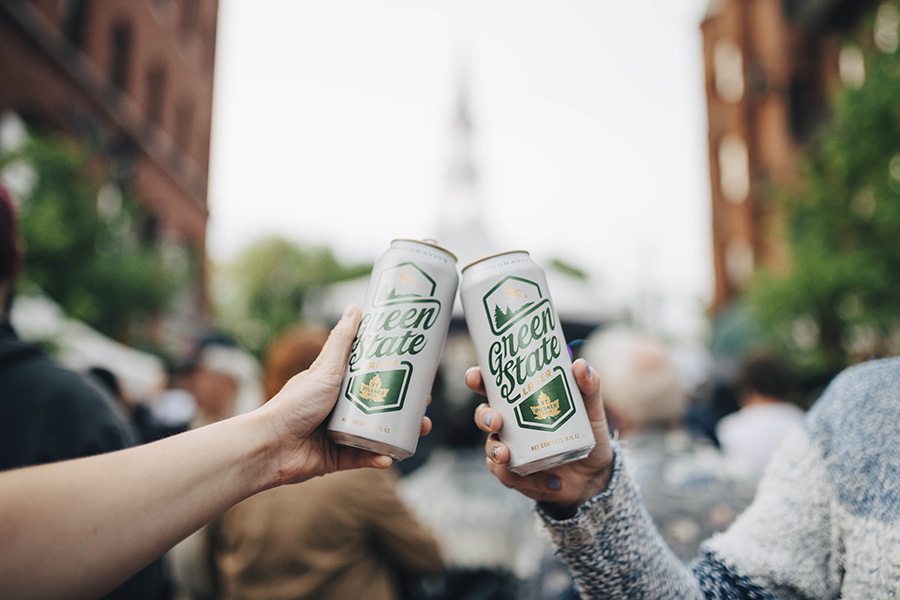 The sharp can design hints at what’s to come with this German-style Pilsner: Classic, clean, and perfectly balanced with a modern edge. Noble hops impart crisp, grassy flavors, leveled with bready lightness from the Pilsner malt. It’s a 4.9% serving of satisfaction.