You know those superhero movies where all the superheroes team up for one single, super-badass superhero movie? Imagine that, but with Boston’s best women chefs instead of superheroes–and the goal is to save lunchtime, rather than the planet. (So, this really has nothing to do with superhero movies, but it’s still pretty great.)

It’s a bird, it’s a plane–it’s the Perch cafe at the Wing, a female-focused co-working space that opened last week in Back Bay. The 10,500-square-foot Boston outpost of the multi-city brand finds many thoughtful ways to express its mission: For instance, the two-floor, members-only office has a 2,000-title library of books written by women, and names its conference rooms and phone booths after iconic (real and fictional) heroines–including Superman’s better half, Lois Lane. (Obviously.) This approach extends to its onsite cafe, for which culinary and beverage director Dani Dillon curated a menu of offerings by some of Boston’s top culinary luminaries-all of them women.

“These are women who are all legends in their own right; women who paved the way for other women to be running kitchens in their community,” Dillon says.

Those names include Joanne Chang of Myers + Chang and the Flour Bakery empire, who created a chilled Spanish gazpacho that includes grape, cucumber, and almond in a sherry wine vinegar and lime juice; Jody Adams of Porto, Trade, and Saloniki, who devised a Mediterranean-leaning arugula salad with feta, artichoke and Calabrian chili (a portion of sales benefit the nonprofit Women’s Lunch Place); and Barbara Lynch, dining doyenne behind stalwarts like No.9 Park and Menton, who provided a spicy tomato soup with crème fraîche and grilled cheese toast. 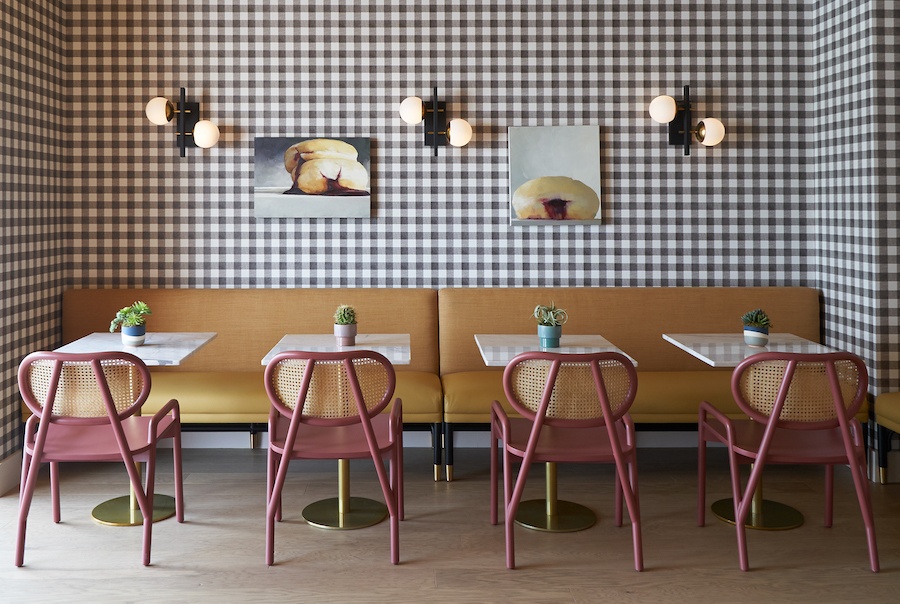 Pull up a seat at the Perch. / Photo by Nina Gallant

“This is one of my favorite comfort foods,” says Lynch, who was excited to be part of the female-fronted concept. “As this city changes and grows, it’s important that we create opportunities for networking, to learn from each other and grow together as a community. The Wing is doing this for women by offering not only productive workspace but panel discussions, volunteer opportunities, and professional development.”

The Perch at the Wing also highlights some of the Boston food scene’s next-generation standouts: folks like Karen Akunowicz, whose new South Boston hit Fox & the Knife (reviewed here) opened with an all-female management team and kitchen line; Ellie Tiglao of Tanam, an intimate dining experience at Bow Market that highlights Filipino cuisine, which is underrepresented locally; and Elle Simone, the first black woman to join the cast of the hit PBS show America’s Test Kitchen.

“I’m from a matriarchal family, so the whole premise around the Wing, its mission and practices, felt so natural to me,” say Simone, whose North Meets South Potato Salad—which involves pickled pimento, mustard and garlic aioli, and cracked white pepperscorn—was inspired by her grandmother’s recipe. (Don’t worry; she got permission from grams.) 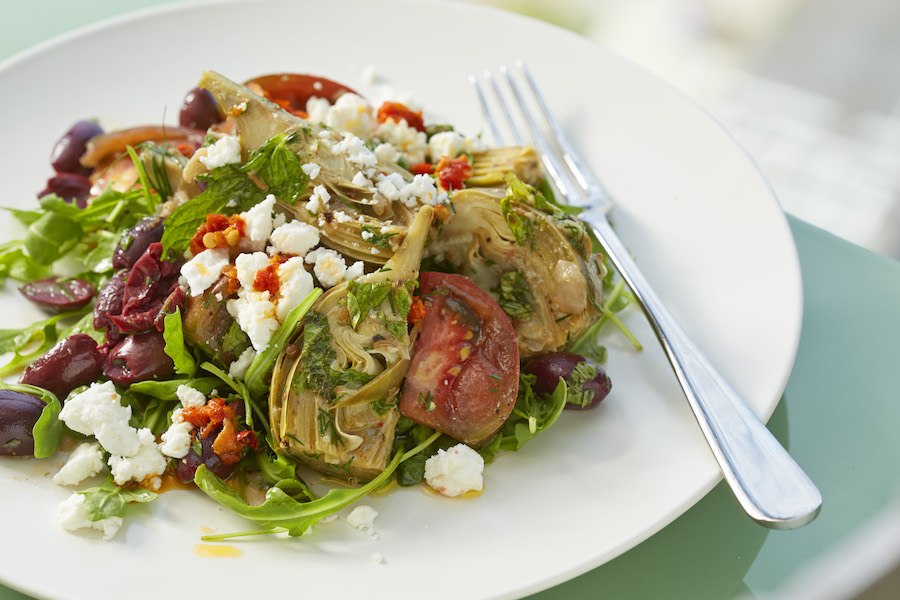 Besides the food, the Perch menu also highlights “women-made drinks” curated by Lauren Friel, the beverage guru behind Rebel Rebel wine bar in Somerville. (Incidentally, we recently asked Friel to share some of her favorite wine-world accessories.) That lineup includes sips such as the Crimson Colada, chai tai with pineapple, coconut and lime.

In her role as culinary director, Dillon understands how important it is for all workspaces—including kitchens—to foster diversity and encourage opportunities for advancement for women. That’s why so many great Boston chefs have been happy to get on board.

“Sometimes the back-of-house culture is a very macho and antagonistic space,” Dillon says. “That was something that came out of each these women’s mouths, and provoked a lot of stories.”

Besides tapping exclusively women chefs for the Perch, Dillon also looked to other woman-owned or co-owned companies to serve as foodstuff sources–including Bonnie’s Jams of Cambridge, fermentation farm Hosta Hills in Pittsfield, and acclaimed A&J King Bakery of Salem.

Though the Wing is a members-only space, Dillon says that its cafe can be accessed by guests of members–and you’ll want to keep an eye out for open house dates and other special events. The Wing is open on weekdays from 8 a.m. to 9 p.m., and weekends from 10 a.m. to 6 p.m. Check out the full Perch menu here.