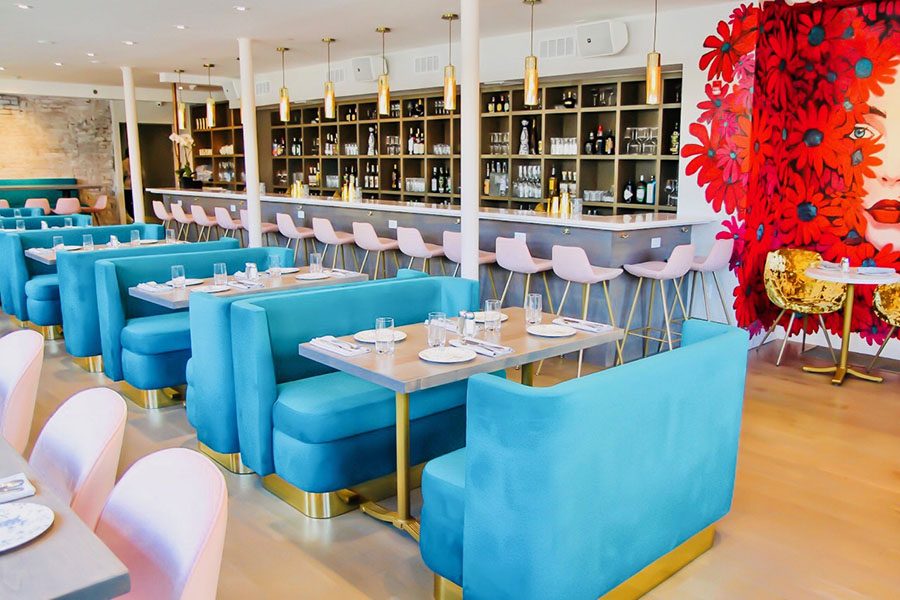 When it comes to mezze and craft cocktails, less is more, says restaurateur Irakli Gogitidze—fresh herbs, bold spices, and rich sauces let the main ingredients shine. But when it comes to neighborhood restaurants offering bold flavors and a variety of dining experiences, Gogitidze—who is also a partner at Greek favorite Kava Neo-Taverna, and Newbury Street Ceviche bar, Puro—is happy to bring a third option to Boston: Ilona is now open on Tremont Street at Massachusetts Ave.

Formerly the second location of Parish Café, Gordon Wilcox sold the spot to Gogitidze and George Axiotis, another Kava and Puro business partner, last summer. (Axiotis also owns the nearby, quick-service New York Pizza.) Executive chef Jesus Praciado, who leads the kitchens at Kava and Puro, is also a partner at Ilona. The latest concept hones in on the food and drink of Gogitidze’s homeland, Georgia, and a few nearby countries along the Black Sea coastline, including Axiotis’ native Greece, Turkey, Israel, and Lebanon.

“Because of [the historic trade route] the Silk Road, there are a lot of similarities with this food,” Gogitidze says. The menu at Ilona features various small, mezze-style plates; dips served with freshly baked flatbreads; grilled kebabs; and more traditional plates from the Eastern Mediterranean, which has influences from Asian, Middle Eastern, and Eastern European cuisine. Check out the opening menu below. 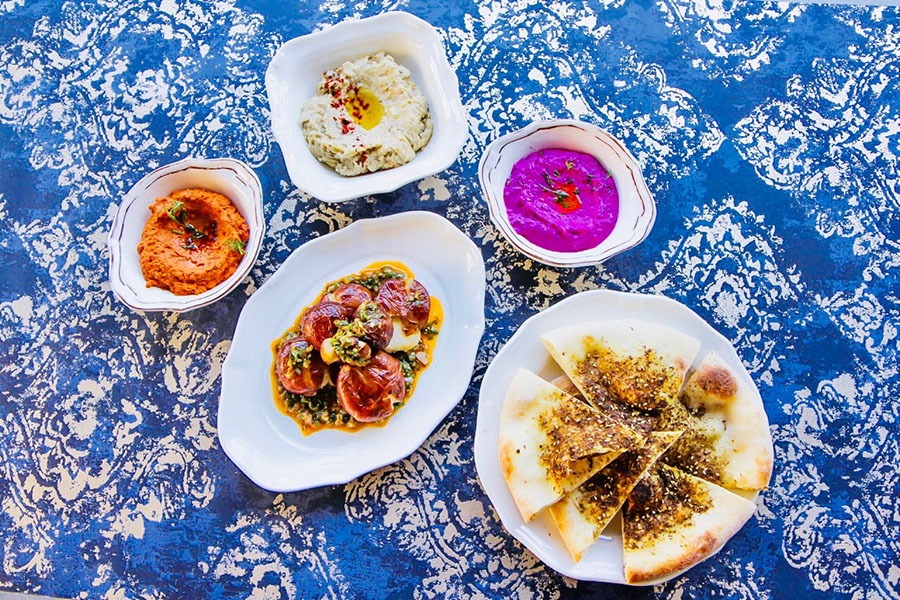 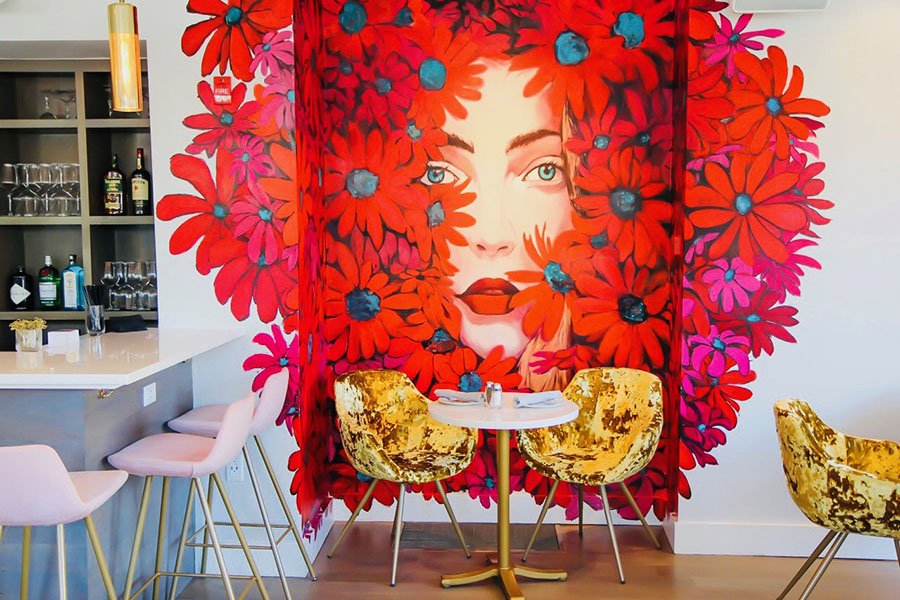 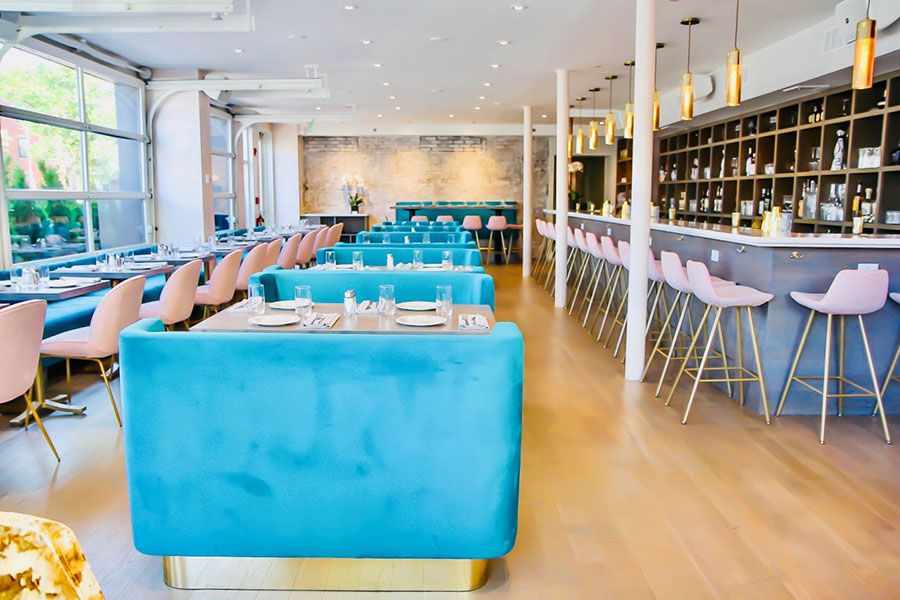 Georgian wine—among the world’s oldest wine-making traditions—is having a moment in the wine world right now, and the partners wanted to showcase that, as well as other juices from lesser-known wine-making regions. “You can step into any restaurant and find Spanish, Italian, French, California wines. We wanted to bring something fresh and different,” Gogitidze says. While Italian and French bottles are on beverage director Fotios Stamos’ list, so are wines from Georgia, Greece, Slovakia, Hungary, and elsewhere.

As Ilona continues to build up its bar, expect to see different spirits from the Eastern Mediterranean, too. The cocktail program is spirit-forward, Gogitidze says, meaning that few other ingredients, be it fresh fruit or herbs, round out each drink.

“Less is more. This is what we strive to do,” Gogitidze says. “Although it looks high-end and vibrant and chic, we’re a neighborhood place at the end of the day. We want people to come here two or three times a week, like they do at Kava. Just like back at home, it’s about bringing friends together, sharing the wine, and having a good time.”

In fact, that’s what “Ilona” means. A female name, Ilona translates to someone who brings joy, Gogitidze explains. “In our culture, breaking bread and sharing wine is a big part of life. We wanted to create a space to translate all of that into a reality.”

The renovations to the former sandwich shop and bar are striking. The new owners pushed back the 16-seat bar; while it still spans the length of the room, it juts out less into the dining room, making more room for booths, banquettes, and café-style tables. The restaurant seats about 82. Comfortable teal couches and blush pink chairs and barstools evoke the Mediterranean in summertime, along with light wood, gray stain, and gold accents. Artist Giorgi Shanidze, who also hails from Georgia, and has painted the identifying murals inside Kava Neo-Taverna and Puro Ceviche Bar, created the colorful focal point at Ilona.

The restaurant, which quietly opened the week of June 17, is now serving dinner nightly from 5-11 p.m. The bar has a 2 a.m. license and will stay open later Thursday-Saturday nights. Beginning in mid-August, Ilona will start serving brunch on Saturdays and Sundays. Follow the new place on Instagram and Facebook to stay in the loop as the menu and hours expand. 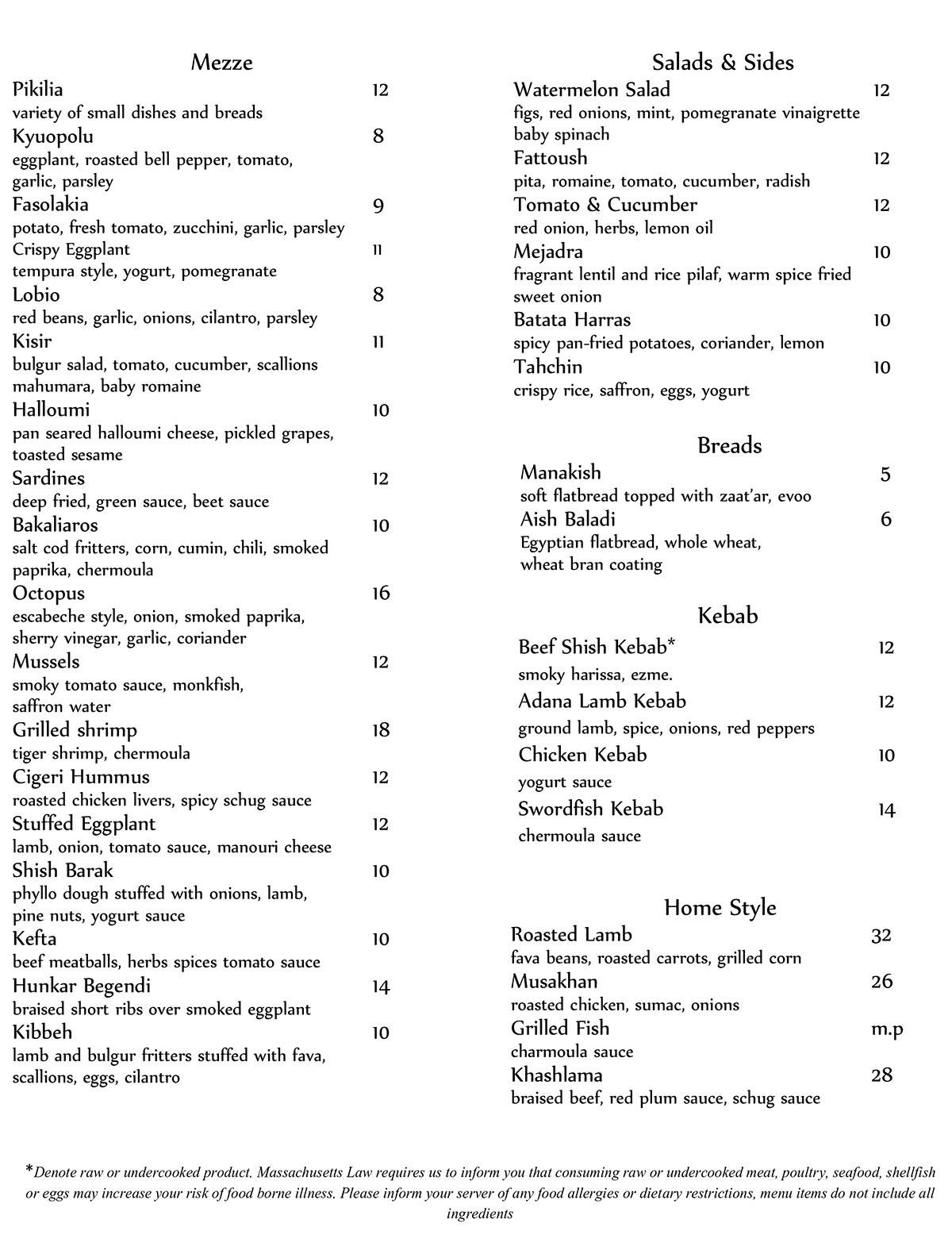 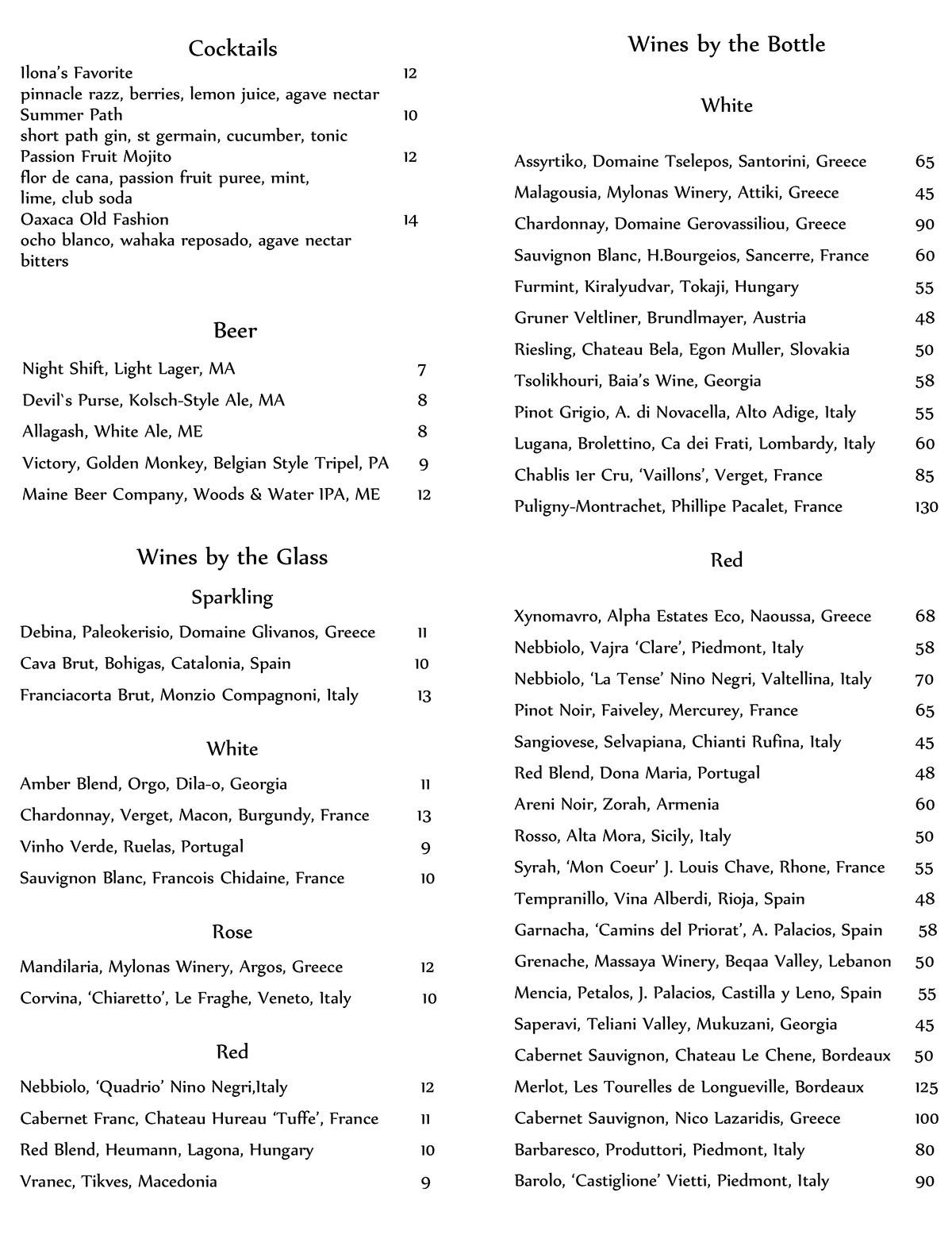 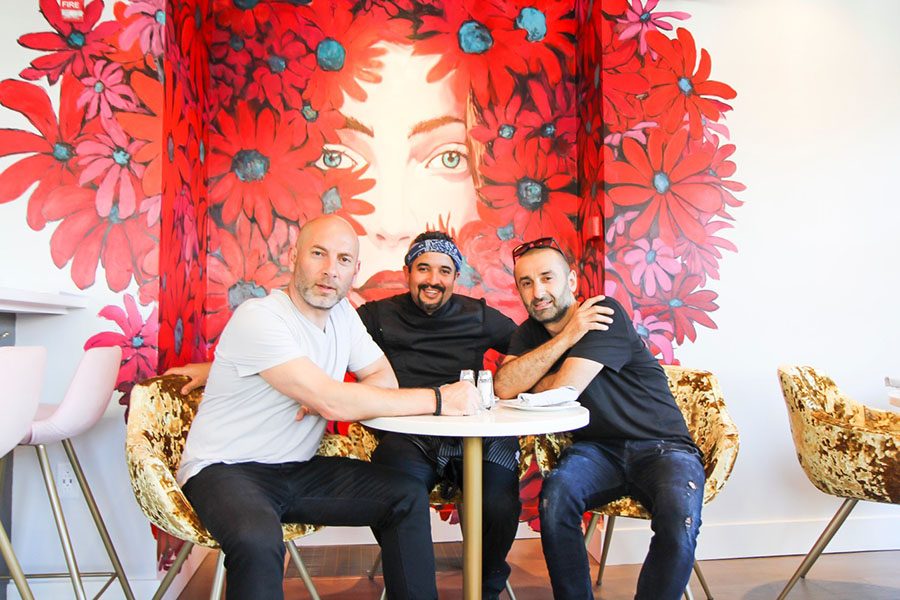 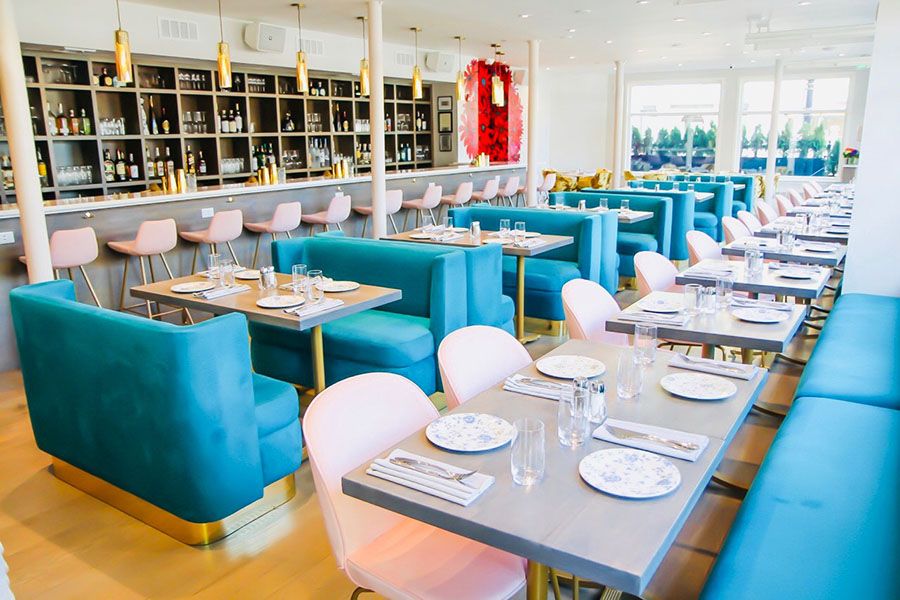