A Wachusett Brewpub Is Headed for the Former John Harvard’s

The Cambridge taproom will have a menu of flatbread pizzas and a sour beer-focused pilot brewery. 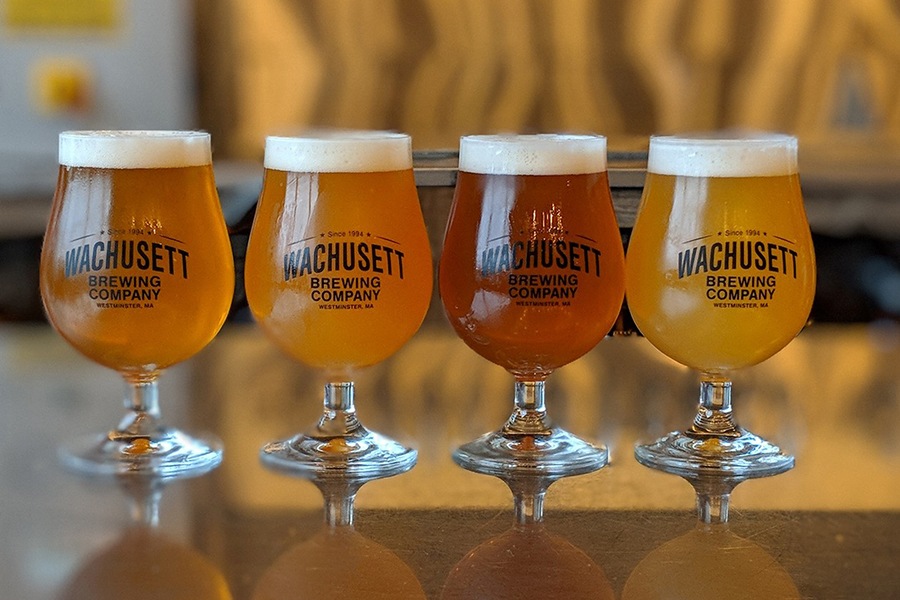 A basement brewpub that went dark in May after nearly 30 years of fueling the Harvard Square community with house-made beer and pub grub won’t be dry for too long: Wachusett Brewing Company is taking over the former John Harvard’s Ale House location.

The Westminster-based brewery plans to open a 15-barrel brewery and taproom, complete with a pizza-focused food program, in Cambridge this fall. Wachusett, which is the brand offered at the Patios at City Hall Plaza’s outdoor beer garden since fall 2017, also recently announced plans to anchor a forthcoming food hall in downtown Worcester with a taproom and a version of its Brew Yard outdoor patio.

All of these projects are part of the 25-year-old-company’s quest to drive statewide sales of its beer, Wachusett president Christian McMahan told Brewbound.

“This is about supporting our distributed beer business,” he said. “We’ve had a ton of success over the last two years with our City Hall pop-up, and we’ve had our eyes on a longer-term opportunity.”

And oh, what an opportunity it is.

“This one is exciting,” Ned LaFortune, a founder and CEO of Wachusett, said in today’s announcement. McMahan added, “As the Wachusett brand continues to grow, we have been looking for new and interesting ways to reach the next generation of craft beer drinkers and believe this location is ideal for us as we continue to evolve the brand in to the future.”

Wachusett was started by a trio of WPI alumni in 1994, and is well-known for a blueberry ale, classic styles like Country Pale Ale and Nut Brown Ale, and more recently, IPAs like Larry and Wally. The company launched Nauti Hard Seltzer in 2016, a malternative which has helped fuel its growth: Brewbound reports Wachusett grew 8 percent last year, with Nauti counting for 18% of its total output. The national Brewers Association ranked Wachusett No. 43 on its list of largest U.S. breweries in 2018.

The Cambridge brewpub, situated in the basement of the Garage Mall just off of Harvard Square proper, is where the John Harvard’s brand was born in 1992. JH expanded with locations in Framingham and elsewhere, and was eventually bought by international hospitality corporation, Centerplate, Inc. The Harvard Square location hasn’t been a working brewery since the fall of 2015, but it will be brought back to life under Wachusett’s care. The new owners plan to make use of the old equipment, which was still on display after beer production ceased.

“We are going to focus this brewhouse on creating a world-class sour beer program as well as some other really interesting and unique styles that I have wanted to do for a very long time,” LaFortune said. Expect 16 Wachusett beers on draft at the new place.

The Wachusett crew will also make use of the property’s full kitchen, with a menu centered on “creative flatbreads.” The forthcoming brewpub also plans to host live entertainment, which was a staple for many years at John Harvard’s.

There is reason to be optimistic that the former tenant’s kitschy stained glass windows depicting Bobby Orr, Richard Nixon, Lyndon B. Johnson, Joe Namath, and Humphrey Bogart as saints will live on, as well—a Centerplate representative previously told Boston that the relics “will stay behind for the property manager/future tenant.”

Stay tuned for more details about Wachusett’s forthcoming Cambridge brewpub. If all goes according to plan, it could open as early as fall 2019. The Worcester location is targeting a September opening.

In the meantime, get acquainted with Wachusett’s new fruited beer styles, New England IPAs, and other brews at the Brew Yard at City Hall Plaza, which is open every day. 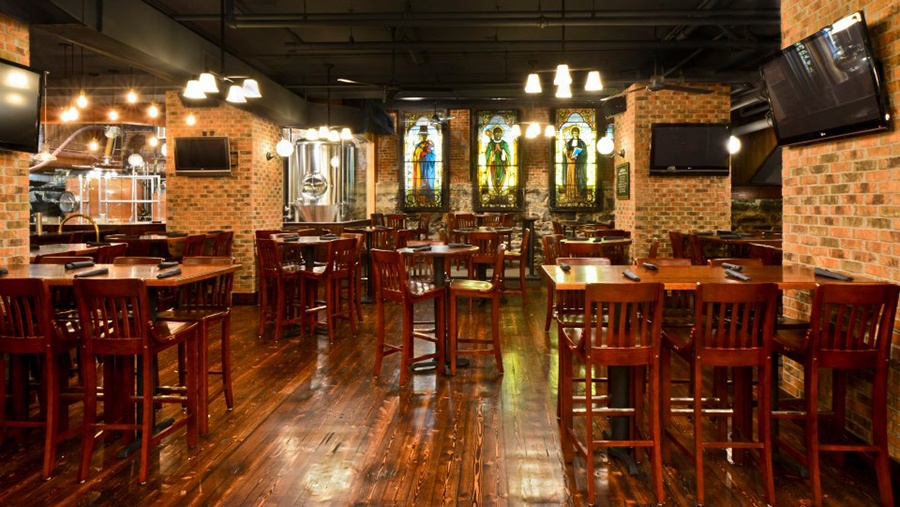