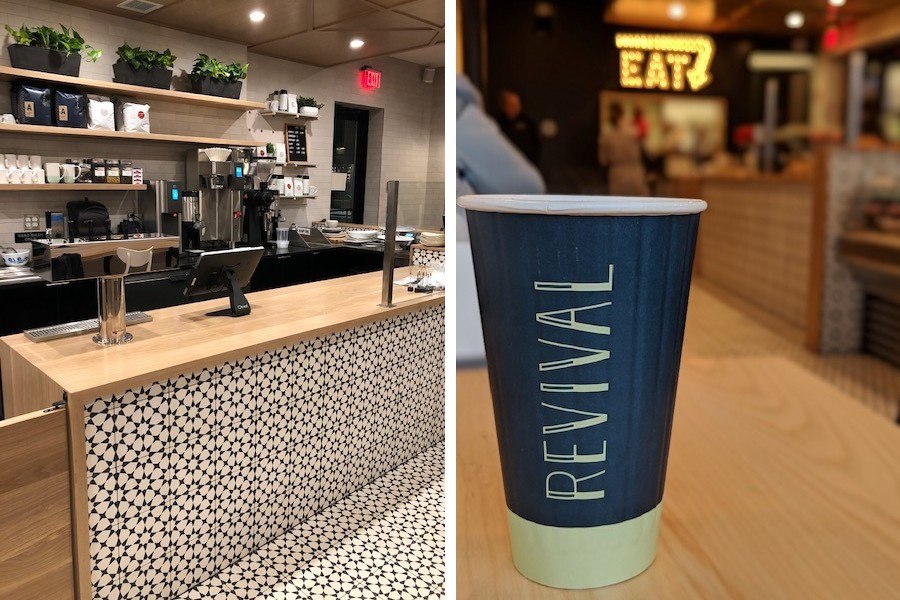 A local coffee and sandwich shop with two locations on the other side of the river is making moves to open a Back Bay spot: Revival Café & Kitchen is going before the City of Boston Licensing Board this week to open a location at 103 Newbury St.

Revival Café & Kitchen is a co-production of Liza Shirazi, a cofounder of beloved, now-closed Crema Café in Harvard Square; and chef Steve “Nookie” Postal of Commonwealth Cambridge. The duo debuted Revival last summer in Cambridge, near Alewife; and opened a second location in Somerville’s Davis Square early this year. (Revival is also the operator of a coffee kiosk inside offices at One Post Office Square, open just to employees.)

At the proposed Newbury Street location, the Revival team is working with the landlord to create a ground-floor café that’s complementary to the Simon Pearce glassblowing shop located upstairs, Shirazi says.

“It will be a partnership to showcase some of [Simon Pearce’s] items in the space,” she says. “We’re looking forward to working with Simon Pearce to design the space, and we’re excited to be part of the Boston community.”

The Back Bay menu is still in development, but Shirazi anticipates it being similar to the offerings at the Camberville cafés. Both serve breakfast all day, with homemade English muffin and bagel sandwiches; overnight oats; a quiche of the day; and more, including some Crema revivals such as the Jimmy Pesto (a sandwich with egg, spinach, feta, sunflower seed pesto, and pickled red onions). Revival also proffers creative lunchtime salads, soups, and sandwiches, like roast turkey with jicama slaw, avocado, bacon, and ancho aioli on light rye; crispy eggplant with spicy goat cheese; and Wrapper’s Delight, a flour tortilla stuffed with lamb meatballs, beet tzatziki, spinach, feta, and roasted cauliflower.

The cafés have a robust beverage selection, with a slew of seasonal sparkling options and coffee drinks, like Peach Me (I Think I’m Dreaming), which adds homemade peach almond syrup and a touch of cream to nitro cold brew. Revival was also an early Boston-area adopter of CBD-infused beverages.

The Newbury Street café will have approximately 30 seats inside, and Shirazi is seeking an additional 18 seats on an outdoor patio, as well.

“We are creating spaces that are integrating into the neighborhood, and who the clientele is,” Shirazi previously told Boston about developing Revival locations.

The café scene on Newbury Street is in motion right now. Barrington Coffee Roasters and Wired Puppy both closed their shops in the retail district this past spring; while Newbury Street has recently welcomed a bubble tea shop called Coco Leaf (303 Newbury St.) and Jonquils Bakery & Cafe (125 Newbury St.), Eater Boston has reported.

Pending approval at the June 10 licensing hearing, and if construction stays on track, Revival Café & Kitchen could open in Boston this fall.