In a trademark-related dispute, a local judge has ruled in favor of Faneuil Hall institution, Zuma Tex-Mex Grill. 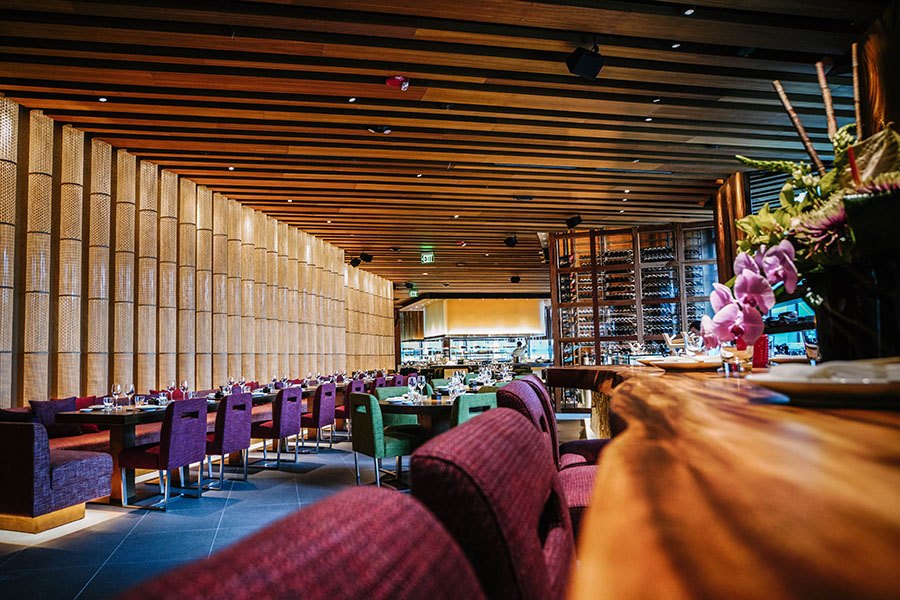 Zuma, the high-end Japanese restaurant at the new Four Seasons One Dalton, has been ordered to cease and desist using that name, which it shares with a 30-plus-year-old Faneuil Hall Mexican restaurant. / Photo by James Shearer

UPDATE, January 14, 2020:  Get ready to meet Mezcala Tex-Mex Grill. Following the “amicable” resolution of a naming dispute between the Japanese restaurant, Zuma Boston, and a decades-old Faneuil Hall taqueria with the same name (see first update, below), the latter will introduce its new identity on February 1, Boston Restaurant Talk reports.

UPDATE, August 23: According to the Boston Globe, the dispute has been resolved “amicably.” According to a statement released by Zuma Boston’s parent company,  “Zuma Boston will continue to operate its business using the Zuma name consistent with its restaurants located around the world. Zuma Tex Mex Grill is excited to announce a decision to rebrand and refocus its Tex Mex restaurant which they will announce imminently.”

For most diners, comparing Faneuil Hall’s longstanding Tex-Mex grill, Zuma, to Back Bay’s glamorous new sushi restaurant and robata grill, Zuma, is a bit like comparing apples to oranges—or, say, enchiladas to nigiri. But ever since the international Japanese brand opened in May at the Four Seasons One Dalton, Zuma Tex-Mex Grill has reportedly weathered massive confusion among consumers—and a Boston court just ruled in the mom-and-pop shop’s favor.

The parent company of Zuma Japanese restaurant has been ordered to cease-and-desist all uses of the Zuma name in Boston, after a judge ruled that London-based Azumi Limited violated the terms of a 2008 agreement with Zuma Tex-Mex Grill’s ownership. That agreement stated that Azumi would not open its Zuma restaurant brand in New England, the Boston Globe reports.

In the lawsuit, filed in June in Suffolk Superior Court, Cody Baker and Cheryl Ann Christensen-Baker, who own Zuma Tex-Mex Grill as the company B.B. Kitchen, Inc., allege that they recorded 30 instances of customer confusion in a three-week period this past spring, ranging from no-show reservations—presumably by diners who intended to book a seat on the second floor of the Back Bay’s newest high-rise, instead of in a Faneuil Hall basement—to wrong-number phone calls, to a call from the international Zuma’s bank, wrongfully accusing the Tex-Mex restaurant of making a false deposit into its account, according to the Globe.

Judge Brian A. Davis decided that this marketplace confusion is “significant,” and “likely will continue” as long as Zuma Japanese operates in Boston.

Zuma Tex-Mex opened in Faneuil Hall in the mid-1980s, and it secured the U.S. trademark on the name “Zuma” in 2002, the year that chef Rainer Becker opened the first Zuma Japanese restaurant in London. Zuma Japanese now has a dozen locations around the world, including stateside restaurants in New York City, Miami, and Las Vegas. But in 2008, Azumi Limited signed a license agreement with B.B. Kitchen, declaring it would not bring its Zuma brand to New England. According to the Globe, the Azumi legal team says the company informed the Boston locals in November 2017 that Zuma was headed for One Dalton, but Baker said he did not receive that dispatch.

Judge Davis has ordered Azumi cease and desist all use of the name Zuma everywhere in Boston, from its marketing materials and signage, to employees talking with guests at One Dalton. A representative for Zuma has not confirmed whether or not Azumi Limited plans to appeal the decision, but tells Boston, “We are not able to comment on the ongoing litigation.”