Plus, Davio's Italian Steakhouse joins the upgraded fleet of restaurants this fall. 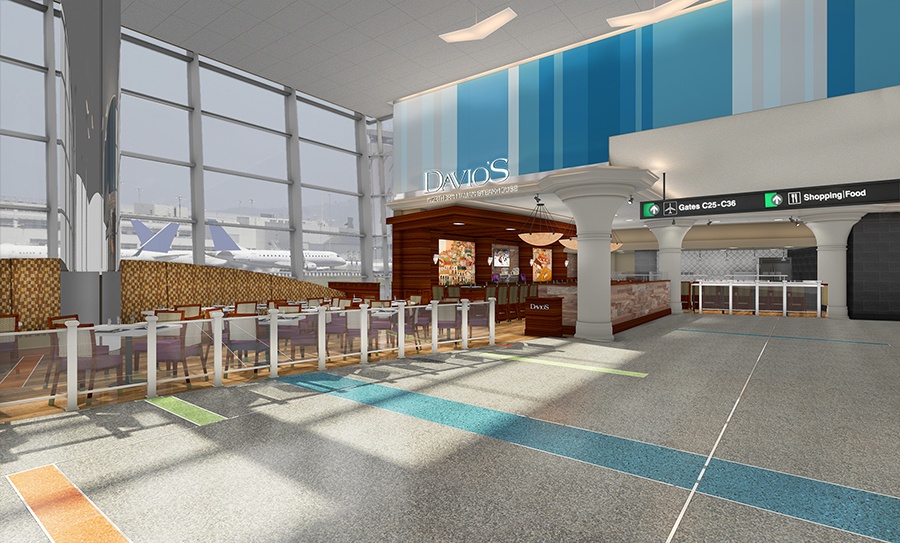 We’ve all been there: After an over-priced ride-share or an arduous Blue Line commute, you arrive at Logan Airport harried and sweaty, lugging your bags and balancing your identifying documents in hand as you snake around the security line and wait. When you finally get into the terminal, you actually find a place to put your stuff down—only to realize you really need something to eat. But do you dare give up your seat in the crowded terminal, and drag all your belongings with you while you order some food? Now—at least in Logan Airport’s Terminal A, and soon, in Terminal C—you can order delivery right to your gate.

In-airport ordering and delivery, with an app called AtYourGate, is the latest dining upgrade at Boston’s international airport. The service is now available in Terminal A, with access to fare from the new Boston Bruins Bar, as well as Friendly’s, Legal Test Kitchen, Sbarro, and more; and AtYourGate will launch in Terminal C by the end of the summer. Come fall 2019, travelers will also be able to order prime Brandt beef steaks, fresh seafood, pasta, and more, as Davio’s Northern Italian Steakhouse just announced that it is headed for Terminal C in September.

Davio’s is the latest big-name, Boston-area restaurant with plans to open an outpost inside the hub. Last fall, Lucca Restaurant and Bar and the iconic Kelly’s Roast Beef set up shop in Terminal B; and springtime saw the debut of Shōjō at Terminal C, and Michael Schlow’s Tico in Terminal A.

Now, we can’t promise that these dining upgrades and the major convenience of in-gate delivery will make arriving at the airport that much less stressful. But after making it through security and having to settle for a plastic-wrapped sandwich of unknown age from a terminal convenience store cooler, it’s refreshing to have options like prime steaks, healthy Mediterranean-inspired bowls, pork belly bao, and more real, local flavor. And that’s the goal, says MarketPlace Development President Paul McGinn.

“We, alongside Massport, remain committed to elevating the concessions program by providing a taste of Boston,” he said in today’s press release.

Stay tuned for specific opening details of all these new dining options at Logan Airport. And next time you have an international flight out of Terminal A, relax just a little bit knowing that you can order a Friendly’s sundae delivered right to your gate.