Stoked Pizza Will Open Its Second Restaurant in Cambridge

The team behind a beloved food truck and Brookline brick-and-mortar has found a new home near Harvard Square. 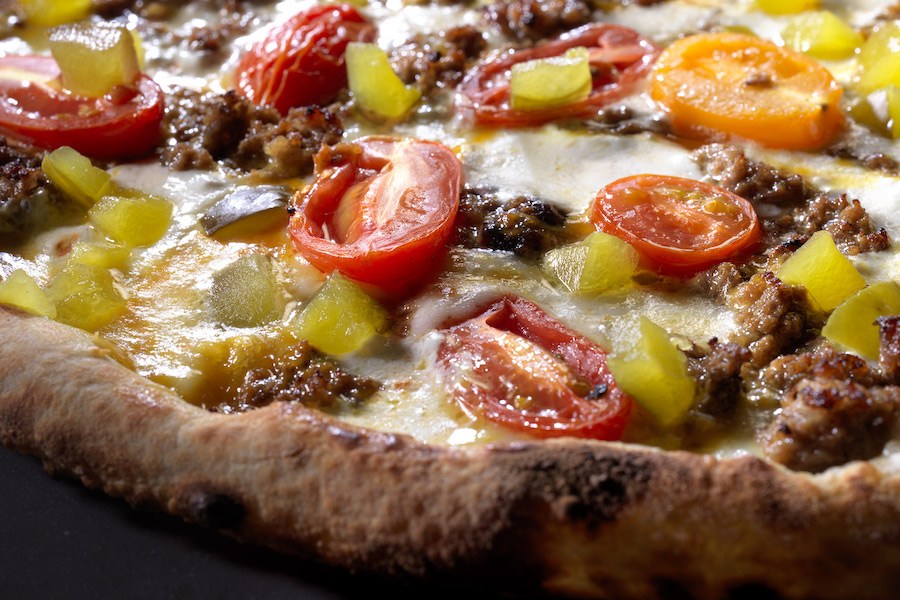 Get stoked (literally), because the team behind some of the Boston area’s best pizza has finally found a location for their second brick-and-mortar restaurant.

All together now: Yesssssss.

Stoked Pizza Co. will open in a ground-floor space at the newest Harvard Law School building in Cambridge in early 2020, according to a spokesperson. It’s the latest iteration of a concept launched by musician-turned-pizzaiola Scott Riebling and co-founder Toirm Miller back in 2014, when the duo started crisping inventively-topped, Neapolitan-inspired pies inside a (still-roving) food truck equipped with a wood-fired oven. A Brookline restaurant, Stoked Wood Fired Pizza Co., opened in 2016 with expanded offerings such as meatballs, wings, and a full cocktail program; it’s been a hit, and just received one of our “Best of Boston” awards.

The upcoming Cambridge restaurant, which will begin construction at 1611 Massachusetts Avenue this fall, will essentially recreate the Brookline spot’s menu, according to a rep. It will, however, drop “wood fired” from its name: Riebling says he has decided to go with an electric oven for the next Stoked, after discovering Italian-made machines at Las Vegas’s International Pizza Expo that “use cutting-edge technology” and maximize consistency. In a way, it’s actually a return to roots: Before launching a business, Riebling first perfected his pizzas using his own home oven, which he rewired to cook on scorching “clean” mode.

And besides, the Stoked team has struggled for the last three years to find a site that can accommodate the size—and red-tape-related considerations—of another wood-burning oven. According to a rep, deals were nearly inked for several other locations before Stoked finally landed at Harvard Law. (Most recently, the pizza-maker planned to move into the former home of Cambridge’s Sunset Cafe, before it was destroyed in a four-alarm fire.)

The Harvard outpost actually keeps up a bit of a tasty tradition at the location: Before the construction of the new Law School building, which opened last fall, the site was home to Three Aces, a beloved slice spot for hungry students. Although some details are still being nailed down, the Stoked team anticipates that capacity for the Cambridge location could be double that of the 42-seat Brookline restaurant. As in Brookline, it will be full-service and have a bar, though the decor will be tweaked to fit the new building’s mid-century modern vibe.

The team hasn’t ruled out additional locations in the future, and may even add more wood-fired sequels if spaces can accommodate. But the pivot to electric ovens opens up a host of new possibilities, says a rep. File under: Fired up.