At our annual food- and fun-filled bash, your votes will crown one winner the top patty in the city. 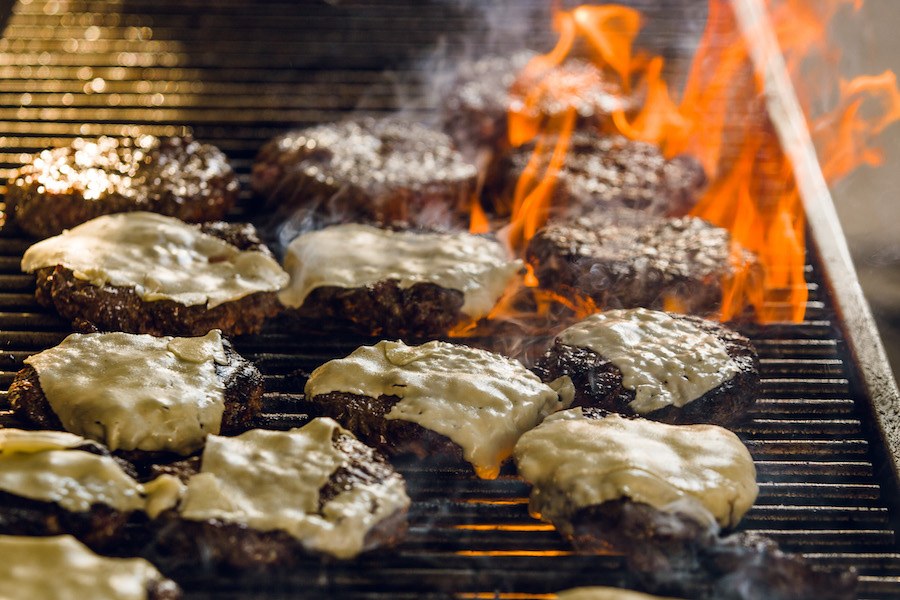 The Top 20 finalists are ready to sizzle at Battle of the Burger 2019. / Photo Boston Magazine Events

What makes the perfect burger? The answer is elusive.

“Better philosophers than I have tried to describe it,” says Tiffani Faison, Boston’s James Beard Award-nominated star chef—and cohost of our annual Batter of the Burger bash, coming up on Wednesday, August 14 at the Flynn Cruiseport in the Seaport. For the eighth year, guests will get to graze among a slew of competing restaurants, then cast their vote for which will take home the best-burger crown. The prize? Glory.

So start thinking about your priorities. Is it a crispy, flat-pressed patty that tickles your fancy, or does it take a thick, juicy half-pounder to send you into a state of burger ecstasy? (What Faison looks for: “Crispy exterior, well-seasoned, perfectly pink.”)

Would you rather have the structure of a crusty sesame bun, or the soft, spongy absorption of a potato roll? (“Ratio, ratio, ratio!” is the key to serving the best bun, Faison says.)

And when it comes to cheese: American, Swiss, Cheddar, or something else altogether? (Whatever the pick, go “gooey and flavorful” but “don’t overpower the patty,” Faison warns.)

Many of you already voted in the first, online face-off. Next month’s Battle of the Burger will showcase the 20 finalists you flipped on over to the final round. Besides Top Chef alum Tiffani Faison, Boston magazine’s very own food editor Scott Kearnan will cohost this year’s competition, and radio personality Jason Rossi of WAAF and WEEI will preside as master of ceremonies. The Hot Mess Band and DJ Ryan Brown take care of tunes all night long, and guests will get to eat their way through each of the competitors’ offerings before casting their ballot.

And oh, what a lineup it is! Feast on a burger topped with Canadian bacon, cheese curds and maple BBQ from the Red Heat Tavern, a sesame chicken burger from ARTBAR, and a pulled pork-adorned burger from the Hidden Pig. The series finale of Wahlburgers may air tonight, but star Paul Wahlberg will be at our battle, ready to serve his pork belly- and pickled mushroom-topped Bao Burger. And herbivores, rejoice: Vegan haven By Chloe will be dishing out their Mexican-inspired Guac Burger, complete with a patty of black bean, quinoa, and sweet potato.

See below for a full list of all the participating burger joints, and click here to score a ticket to this year’s showdown. A part of the proceeds from ticket sales this year will benefit Family Reach, a non-profit that helps relieve families that are financially burdened by cancer.

See you in August!

Battle of the Burger 2019
Participating Restaurants