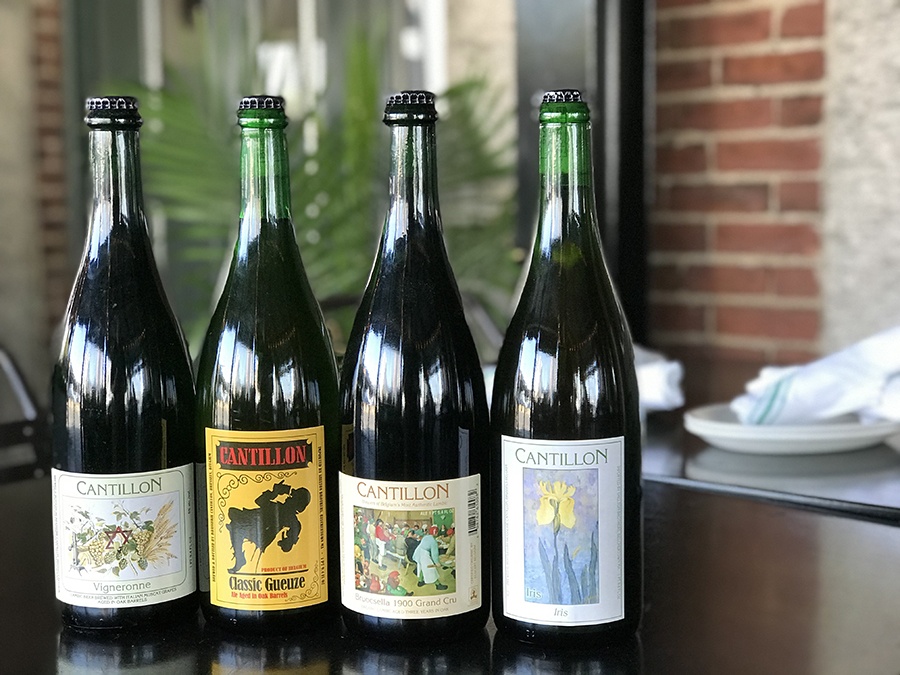 Once a year, the famous Belgian brewery Brasserie Cantillon throws a worldwide party to celebrate a new version of its signature lambic-style beer—and Boston’s own Row 34 is hosting one of those epic events this fall. Zwanze Day is happening Saturday, Sept. 28, and the Seaport seafood spot is the only place in Boston chosen by Cantillon to host this year.

This is the first time Row 34 has been selected to throw a Zwanze Day party. The ninth annual event returns to Worcester’s Armsby Abbey and Portland’s Novare Res Bier Cafe this year; and also takes over Hill Farmstead Brewery in Greensboro, Vermont, among 67 other locations around the world.

Zwanze Day centers on the annual release of Cantillon’s Zwanze lambic, a series of spontaneously fermented, experimental beers. Fourth-generation brewer Van Roy has released a different Zwanze beer annually since 2008, typically a special blend or fruit-added lambic. But for the first time this year, the Zwanze beer is a “wholly unique brew,” Cantillon shared with fans: It’s a smoked geuze (a style of lambic requiring a second fermentation), made with classic pilsner malt and smoked malts.

Beer director Suzanne Hays is thrilled that Row 34 is one of just more than two dozen U.S. bars, breweries, and restaurants selected to pour this special brew on Zwanze Day.

“This, to me, is the biggest honor you could possibly have” for a beer program, Hays says. “Like, if you were to get a Michelin star. It’s such an honor to be chosen.”

Row 34’s Zwanze Day will be a ticketed event, with a two-ticket limit per buyer. The $75 tickets go on sale Friday, Sept. 6, at 10 a.m. All guests must buy tickets in advance, as the party will sell out ahead of time, Hays says. Entry to Zwanze Day includes a commemorative 2019 glass, one 6-ounce pour of the Zwanze 2019 blend for the worldwide toast, and a chef’s selection of beer-friendly food and oysters.

Hays promises tons more cool beer to purchase that day, along with the 2019 edition of Zwanze. (Note that Row 34 will be closed to the public during the event.) Longbow Distributors, Row 34’s source for Cantillon, sends Hays some bottles from the world-renowned Brussels brasserie a couple times a year, and Hays always holds onto some to age the beer. Expect to see some of those special bottles available during Zwanze Day, as well as more brews from Hays’ cellar, like special bottles from Maine’s Belgian-style Allagash Brewing Co., and Brouwerij 3 Fonteinen of Belgium.

Mark your calendars for September 28. In the meantime, Hays always has select bottles on her beer menu at Row 34, so swing by to check out some of the best beer pouring in Boston.

UPDATE: This post was updated September 6 with ticketing information and links.