Dining Out: Gustazo Cuban in Cambridge

A suburban Cuban restaurant exports a bigger, boozier location to Cambridge—but can it survive in the concrete jungle? 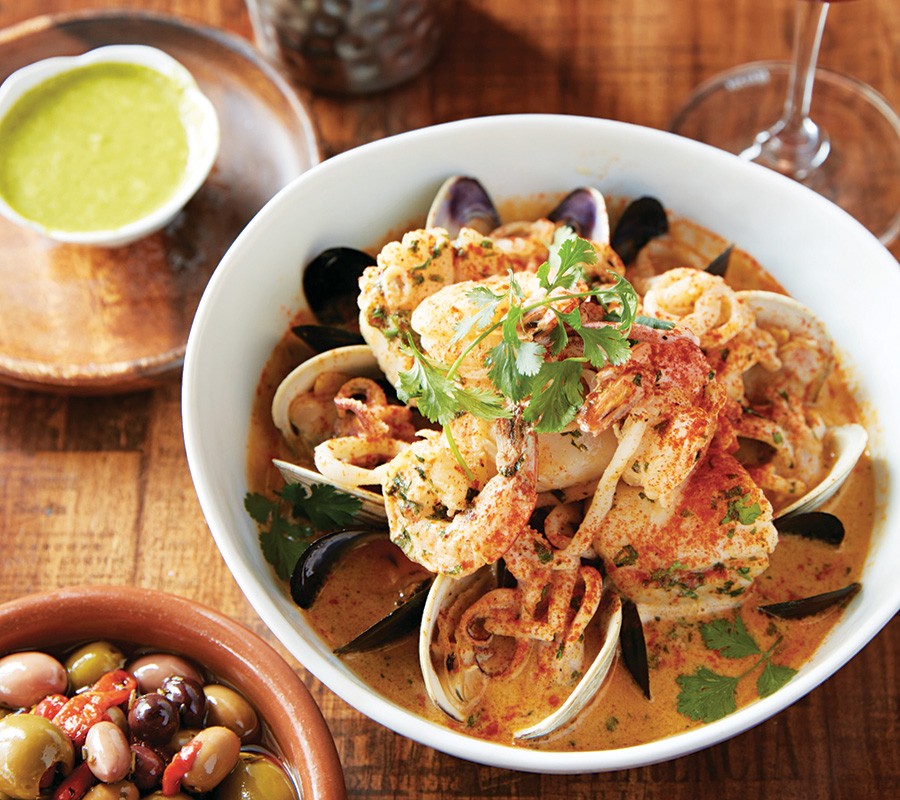 Once upon a time, the regional pecking order of dining was clear: The city excelled at restaurants offering high-quality food with a sense of authenticity. The suburbs, meanwhile, specialized in bland chain restaurants—but hey, at least there was ample parking. Any cross-pollination, if it occurred, typically ran outbound, with particularly successful downtown venues opening satellite outlets in tony shopping destinations like, say, Natick and Chestnut Hill.

That was then. Now we have restaurateurs doing exactly the opposite, leveraging their suburban success into urban concepts. Look at Nancy Batista-Caswell, who ran Newburyport favorites Brine and Ceia before launching Oak + Rowan in Fort Point, and Kristin Canty, who will bring a second location of Woods Hill Table, her well-regarded Concord farm-to-fork, to the Seaport later this year. And then there’s Patricia Estorino and Adolfo de la Vega, who debuted their acclaimed Cuban restaurant, Gustazo, in Belmont, moved it to Waltham, and recently opened a second location near Porter Square in Cambridge.

Of course, you have to bring your A-game when you head to the big city, and Gustazo’s owners certainly have. They started by upgrading the space: Larger than the Waltham location, the 260-seat Cambridge restaurant still feels cozy thanks to dark wood and wrought-iron fixtures, verdant plants, and walls covered in arthouse movie posters. A glowing wall sculpture of flattened Cuban rum bottles, shaped like the island, serves as a visual centerpiece, part of a look that nods to Havana cool without resorting to clichés. It’s a chic spot seemingly designed for rum-sipping: In addition to a downstairs lounge, half of the main floor is taken up by high-top tables and a nine-seat bar featuring some of the most interesting cocktails (all $13) to debut around here in some time.

For that, credit Sam Treadway, co-owner of Somerville’s acclaimed Backbar. Cuba’s cocktail canon is uniquely rich, owing in part to its Prohibition-era role as the Western Hemisphere’s preeminent pleasure paradise, and Treadway’s menu offers up excellent renditions of classics like the Hemingway daiquiri and El Presidente. Equally enjoyable are original musings such as the Lost Island, a concoction of fino sherry, white rum, pineapple, orgeat, and green Chartreuse that’s elegantly garnished with a pineapple leaf frozen inside an ice cube. Though it sounds tiki-inspired, the drink retains the drier profile that distinguishes many Cuban cocktails from their Pacific cousins. 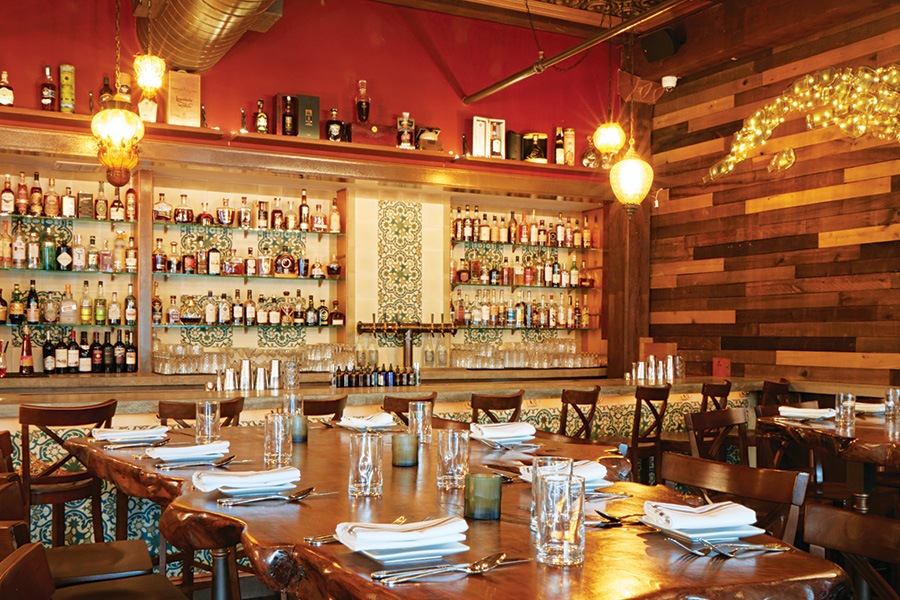 The new Cambridge location of Gustazo. / Photo by Jim Brueckner

History makes its mark in the food as well. Cuba was one of Spain’s first colonies in the Americas, and its cuisine bears a heavy Iberian imprint, as does Gustazo’s tapas-oriented menu. While Caribbean ingredients such as plantains and pineapples abound, the overall flavor profile is richly spiced (if short on heat). Many dishes—like a salad of garbanzo beans, arugula, tomatoes, and feta in a minty mojito vinaigrette dressing ($10), and roasted cauliflower paired with a lightly creamy manchego sauce ($11)—wouldn’t feel out of place on a Spanish menu.

There are pleasant surprises, too, such as Cuban-style squash fritters ($9)—their taste reminiscent of an old-fashioned doughnut—served over charred broccolini and under a topping of microgreens and pepitas, accompanied by citrusy goat-cheese mousse. Admittedly, some of the more-inventive riffs didn’t work: Avocado “toast-tones” ($9) sounded like a good idea, swapping toasted bread for smashed plantain fritters, a Cuban comfort-food classic. But the precarious piling of avocado and grape tomatoes was bland, and the overabundance of pepitas and other seeds left our table covered in enough stray seeds to feed a flock of pigeons.

But these rare misses are easily forgotten amid the slew of winning dishes. Empanadas ($9 for two) were baked rather than fried for a lighter and flakier take on the form, and spotlighted a rotating cast of fillings, including a standout beef-and-olive variety laced with savory aioli. Chicharrones ($10)—little chunks of fried pork belly perfectly crispy on the outside and lusciously tender within—came topped with a pineapple-orange salsa to moderate the richness and plated with avocado purée to tie it all together. Best of all? Chuletas de cordero ($15 for three), lollipop-style lamb chops kissed with the smoke of the grill and a rub of hazelnut-almond romesco. Such lilies need no gilding, but you’ll find a scoop of mint salsa verde under the (frankly superfluous) micro-arugula in the bowl they’re served in. 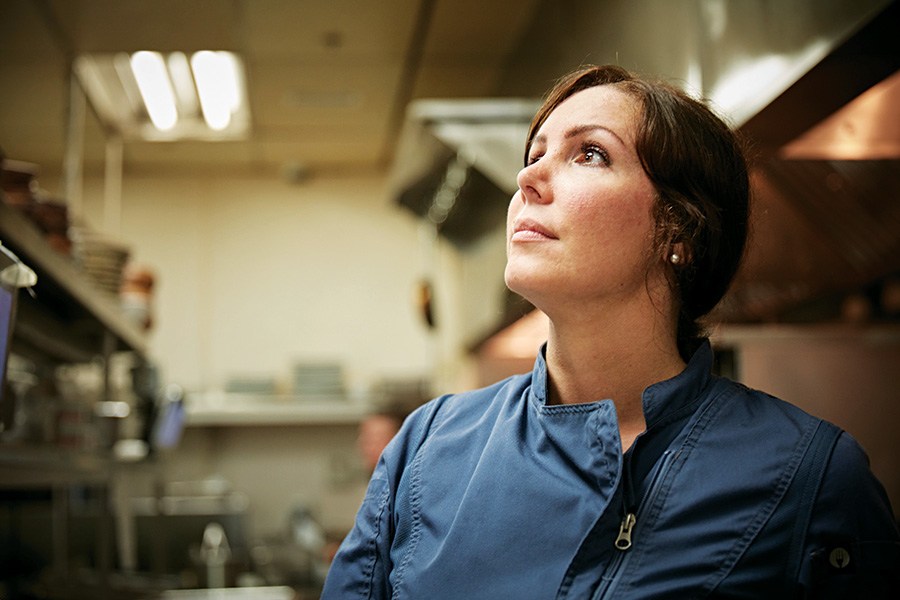 Gustazo’s menu also features a smaller selection of large plates that nod to many of Cuba’s best-known dishes. You’ll want to order extra rice or yuca fries to soak up every bit of the silky coconut-milk-and-lobster broth that bathes the excellent mussels, clams, shrimp, and scallops in the mariscada ($29), a triumphant take on a traditional fishermen’s stew. Then there’s ropa vieja ($24), shredded flank steak in a gently spiced sauce of tomatoes that is widely considered one of Cuba’s national dishes. I first tasted the stew in Puerto Sagua, one of Miami Beach’s landmark Cuban restaurants, where its layers of flavors scratched the same itch as the best boeuf bourguignon. Gustazo’s version took me right back, before a simple but satisfying dessert—crispy-warm churros served with a bittersweet chocolate ganache and red pepper flakes—took me home.

As for service? Even on a packed Saturday night, Gustazo generally ran like a restaurant that had been open for years—and in a way, it has. It feels like the kind of neighborhood place everyone (myself included) wishes were a short walk away, though many dishes—not to mention the elevated bar program—also make it a destination worth a car ride. As suburb-to-city translations go, this is one excellent import.