Tacos, tortas, and more mix-and-match Mexican fare is on the menu for the Boston University area. 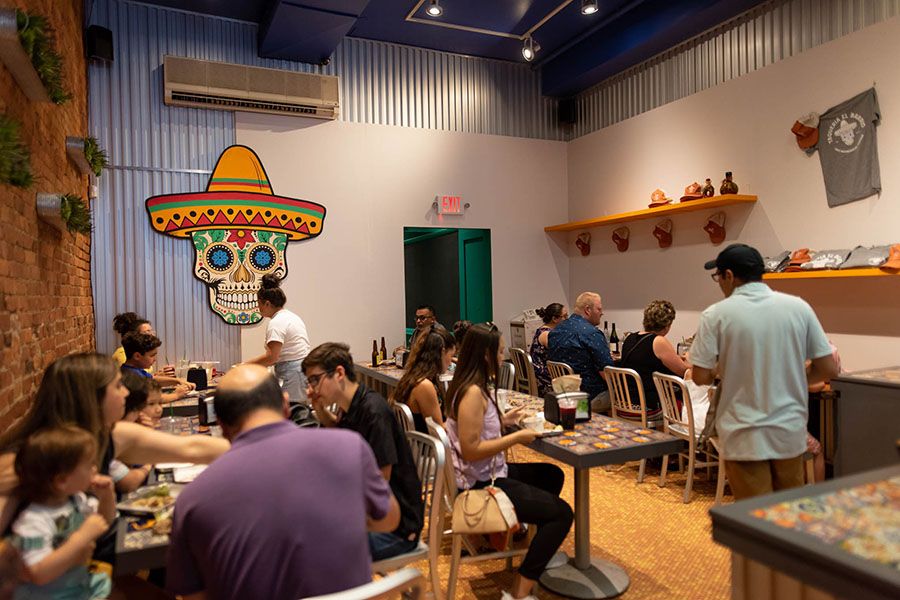 There’s plenty of room to dine in at Taqueria el Barrio in Brookline. / Photos by Isabel Roeder

An owner and general manager of wine bar darling Bisq, and its Somerville sister Bergamot, Garcia is a fine-dining veteran. He originally hails from Mexico, with roots in Puebla and Sonora.

So, for this passion project, Garcia has partnered with Alex Saenz, chef at Bisq and its new, charcuterie-oriented outpost at Time Out Market.

“We’re going to make chorizo with soy, or so it’s going to be a vegetarian dish,” Garcia adds. 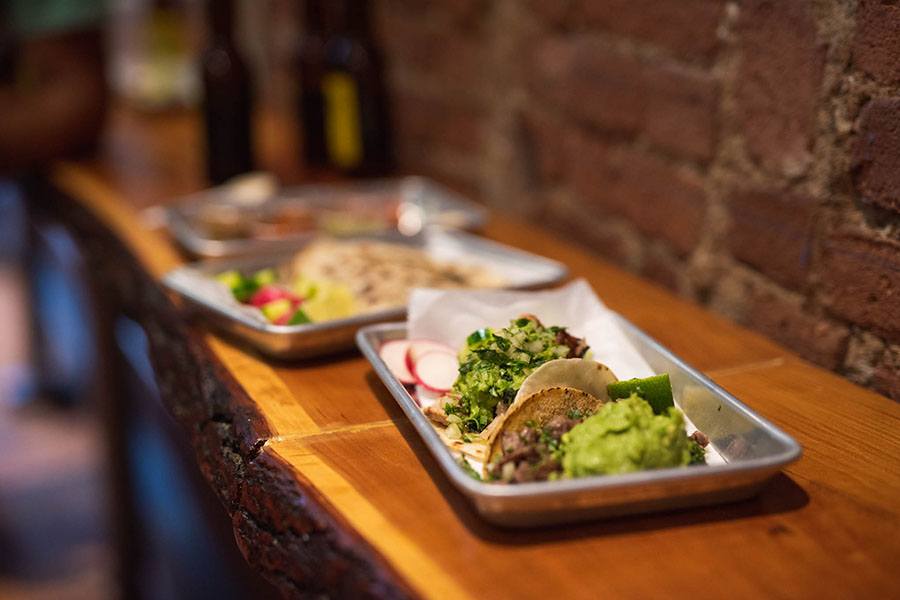 There are churros for dessert, and house-made drinks which include horchata and jamaica (hibiscus agua fresca). Nothing on the menu tops $10; tacos are under $3, including guacamole.

Though it seems like a straightforward concept, it’s been several years in the making. “I wanted to open something I was proud to serve,” Garcia says. To get there, he needed to find the right people (that includes Saenz and fellow Mexican, Figueroa), as well as find the right location. “My idea is pretty much fast food for us in Mexico. It’s appropriate for being in a college area, a high-traffic-area.”

Along with the authentic food and soft drinks, the decor of Taqueria el Barrio also reflects Garcia’s upbringing. The tables are topped with vibrant talavera tiles, a common design feature in churches, restaurants, and other places around where Garcia grew up in Mexico’s northwest state. A live-edge wood counter provides a more casual dining-in option.

The restaurant, a former UBurger space right off the Babcock Street stop on the Green Line, went through renovations that preserved an exposed brick wall. It’s now dotted with potted plants, and offset with corrugated metal and the taco shop’s bright skull logo. 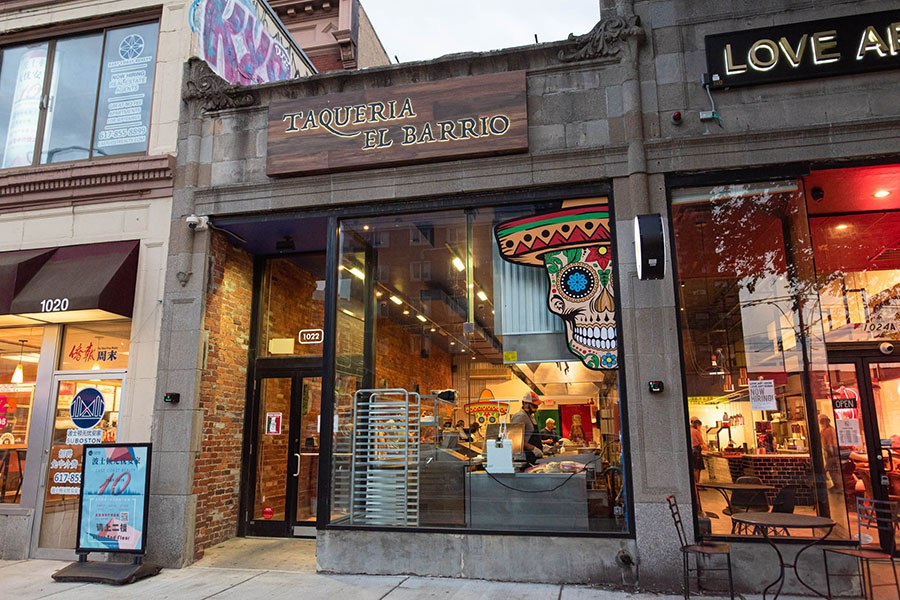 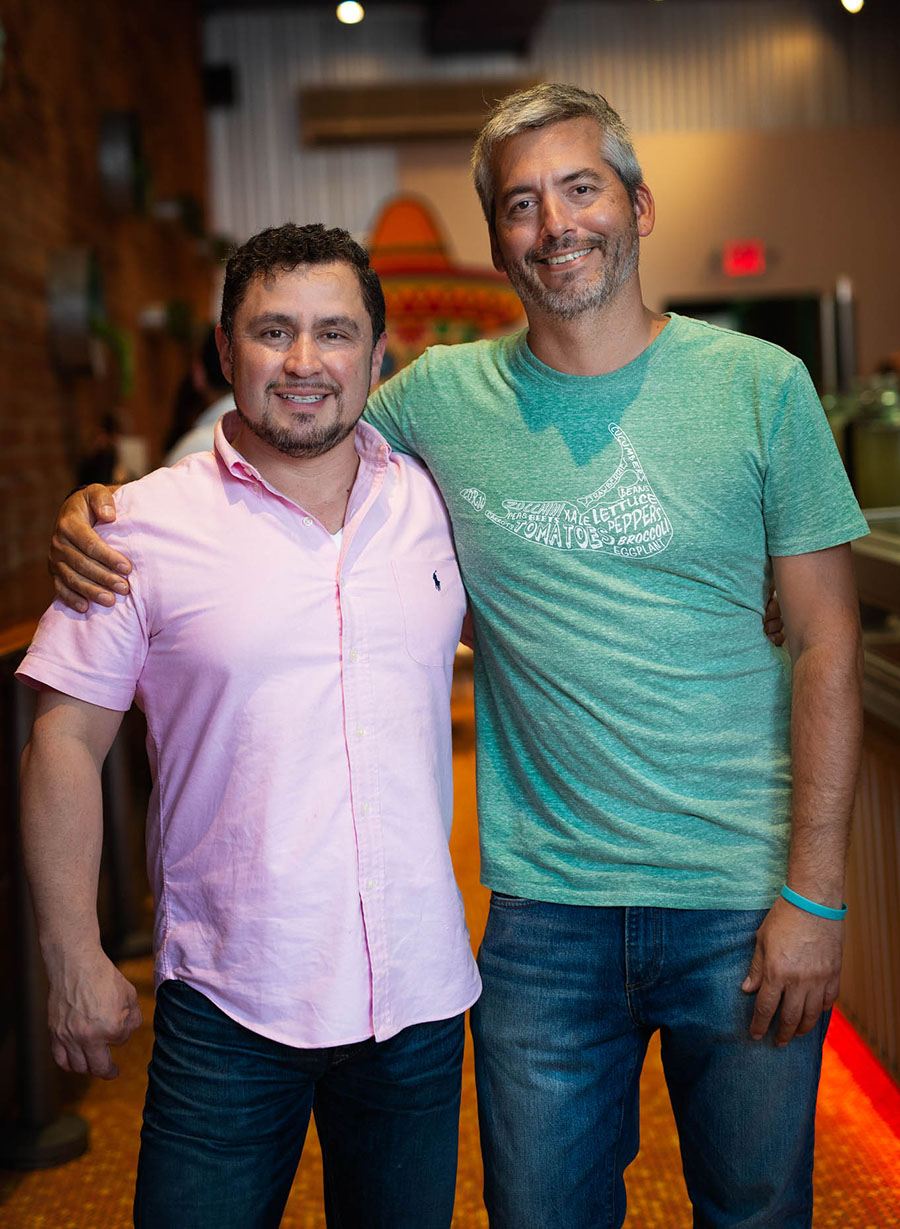 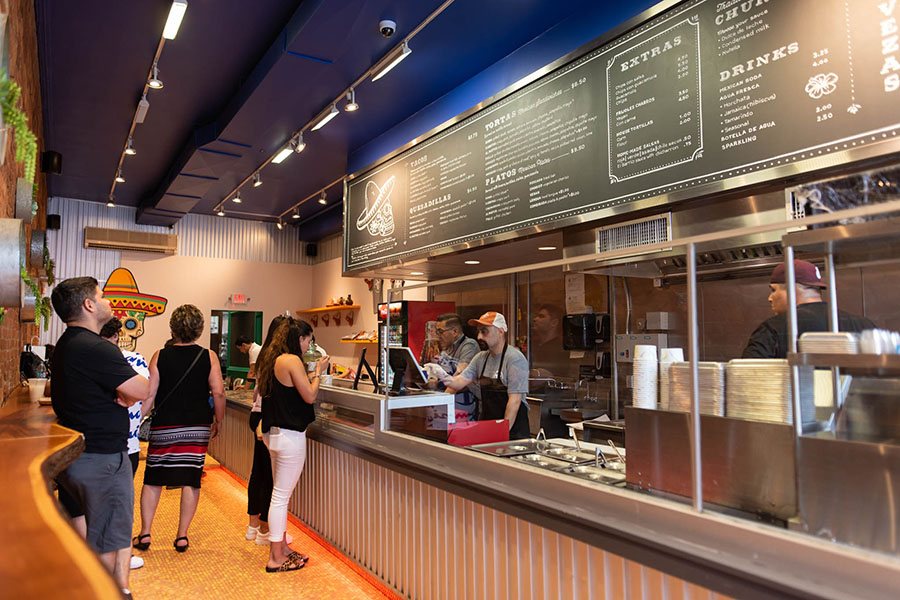