The popular Salem restaurant is opening a larger second location closer to Boston, adding to a growing "Gaming District" of interactive venues. 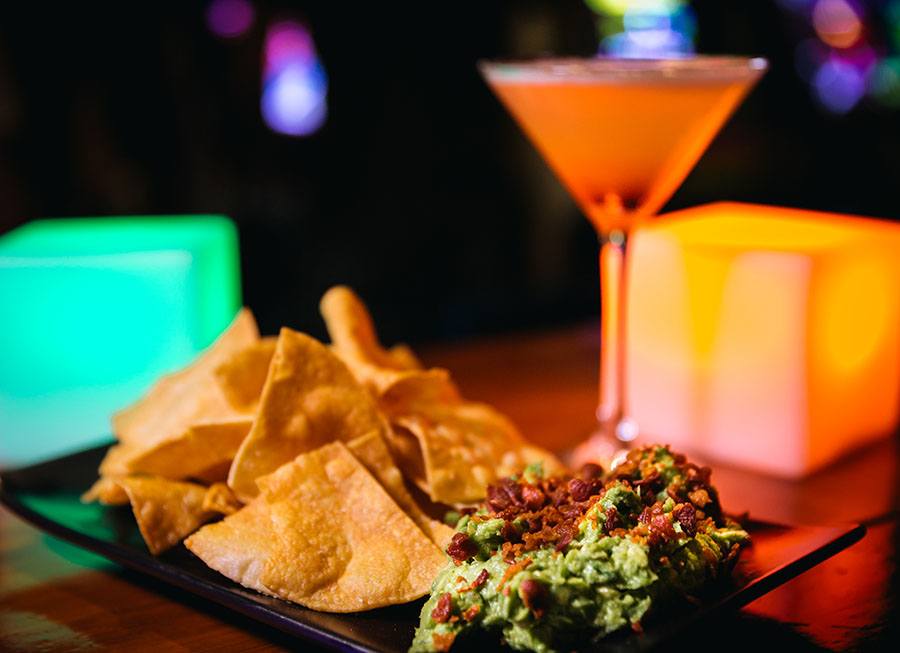 The City of Malden is leveling up its downtown: A so-called “Gaming District” is developing around the Malden Center T stop, Mayor Gary Christenson announced this week. The city confirmed that Bit Bar is opening a second vintage arcade and restaurant there this winter, just down the block from interactive venues like Boda Borg, 8D Escape Room, Hobby Bunker, and more fun and games.

Bit Bar opened inside a former jail in Salem in 2016. The brick-and-mortar was the second level of the pinball-and-Pac-Man-fueled Bit Fest, which had previously popped up with arcade games at a couple north-of-Boston breweries and at its own rented warehouse in Everett. The goal was always to open an arcade bar, says cofounder Gideon Coltof. While their initial search was on “Cambridge-Somerville-Malden-metro Boston,” Coltof and his partners jumped at the opportunity to debut on the North Shore.

But “we never forgot about Malden,” Coltof says now. He cites the new development happening around the Orange Line—Bit Bar is headed for the under-construction J Malden Center building, which will also be home to more than 300 apartments, a new Malden City Hall, and other new retail including the city’s first “café and outdoor adventure clubhouse,” Landsmith—and Mayor Christenson’s business-friendliness. “Boda Borg opening up a couple years ago attracted a lot of people in Malden Center. Now it’s a very favorable location for Bit Bar.”

Across 6,000 square feet at J Malden Center, Bit Bar will have double the capacity it has up in Salem (200 people, up from 100), and nearly double the number of pinball machines. Coltof shares. The new space will also allow for a mezzanine-level private events room and overflow area, which will be a huge asset for Bit Bar.

“We get lots of requests for [private events] in Salem, and we just don’t have the room for it,” Coltof says.

The Bit Bar team is still working with its architects on the Malden design, but expect the mezzanine to have its own service bar, as well as its own games. On the main level, a massive main bar will anchor the space. It’s likely that Bit Bar Malden will boast a broader diversity of games than its Salem sister, just because of the added square footage. Plans for buildout are being finalized, and Coltof expects to start construction by mid-September.

Menu-wise, Bit Bar Malden will be pretty similar to the original location, with a focus on contemporary, American bar food like “Tetris tots,” mac and cheese “bytes,” and an elk burger with smoked cheddar, bacon, and black garlic special sauce. But the larger location will have some exclusive menu items, such as a twice-fried chicken dish. Chef Ryan Dziki, co-creator of the pop-up Wild Fox Pierogi, will lead the kitchen in Malden—and Coltof says its likely pierogi will make the final menu, too. Meanwhile, Dziki is cooking at the Salem location.

The beverage program will be locally focused, like it is in Salem, though it’s also growing: Malden will have 16 rotating craft beer and cider options on draft, compared with Salem’s eight. Spirits from the likes of Everett’s Short Path Distillery, Southie’s GrandTen Distilling, Gloucester’s Ryan & Wood, and Salem’s Privateer Rum will comprise the cocktails.

The success of the original arcade bar has given Coltof and his partners the confidence to go big. “Support from our fans is huge, and people love it,” Coltof says. “I love seeing people’s eyes goes wide when they come into Bit Bar for the first time. There’s a real emotional connection to the space,” which deals a heavy dose of nostalgia via the blinking screens of games like Galaga, Donkey Kong, Space Invaders, and Ninja Turtles.

“To be able to replicate that for Malden, right across the street from Malden Center T stop, is a massive thing for us,” Coltof continues. “We hope to make it a standout location for our current supporters, and introduce ourselves to fans who don’t even know they love us yet.”

Depending on the forthcoming construction timeline, Bit Bar could open in Malden by the end of this year or in early 2020.