Cambridge and Providence also land among the 25 best cities for higher education and high-end dining in this new OpenTable analysis. 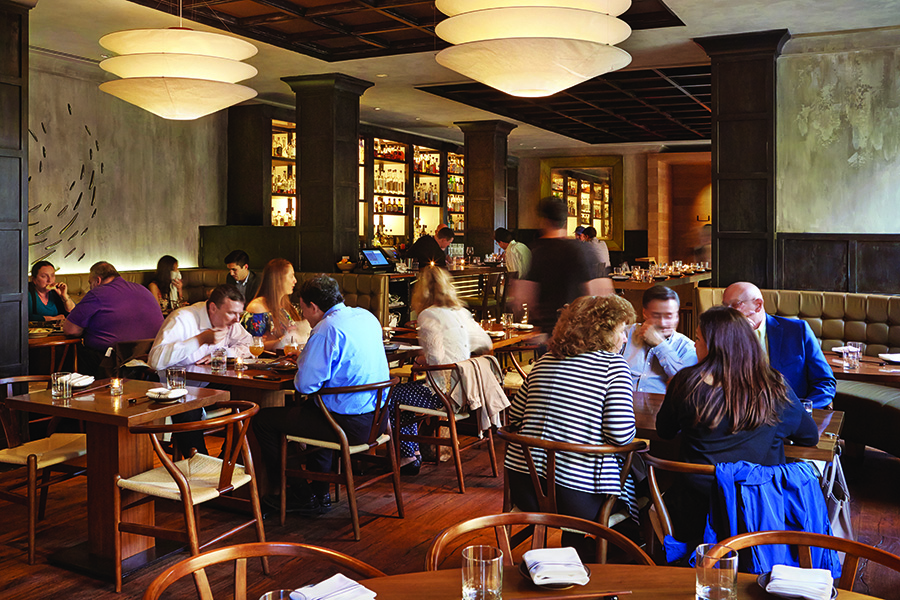 Home to dozens of colleges and universities, stellar high schools, and even preschools, Greater Boston is used to topping national lists that rank educational opportunities. But when it comes to fine dining, the city is often overlooked, written off as a stodgy scene that lacks the risk-taking star power celebrated in other U.S. cities. On a new, ranked list that combines higher education and high-end dining, however, we’re rising to the top: Boston is No. 5 among the top 25 best college towns for food fans, according to users of the restaurant review site OpenTable. Cambridge also earns a spot in the top 20.

With “hometowns” defined by the the U.S. News and World Report’s National University Rankings, OpenTable’s list is culled from online restaurant reviews tagged with the word “foodie” by users in 2018. Boston counts 206 reviews with a “foodie” reference, behind only Philadelphia (222), Washington, D.C. (258), Chicago (362), and New York—which is untouchable at nearly 1,000 (983) references to “foodie” restaurants around such institutions as Columbia and New York University.

Clocking in as the 19th best college town for “foodies,” Cambridge earned 45 references for such restaurants as Craigie on Main, the latest Best of Boston-winning spot for General Excellence. Providence also represents New England as No. 22 on this list, with 35 “foodie” reviews for restaurants—like destination-worthy Birch—around Brown University, Providence College, and Johnson & Wales.

Uni is one of the dining destinations contributing to Boston’s new-found status as a top choice for foodie students. The reigning top restaurant in Boston is overseen by the James Beard Foundation’s current Best Chef: Northeast and hometown hero, Tony Messina. As Boston magazine noted in our 2018 Best Restaurants issue, the Back Bay restaurant exemplifies the excitement about dining out right now in our changing, historic—and it’s walking distance from the likes of BU and Berklee.

Heading off to college isn’t just about keeping up good grades and networking in the field. Boston’s latest accolade is a great reminder for returning students and soon-to-be freshmen to make the most of the next four-plus years in their chosen home—especially when their parents are still picking up the bills.

Check out OpenTable’s full ranking of the top 25 college towns for foodies here.