The award-winning baker is also developing the dessert and brunch programs for chef Will Gilson's forthcoming East Cambridge café. 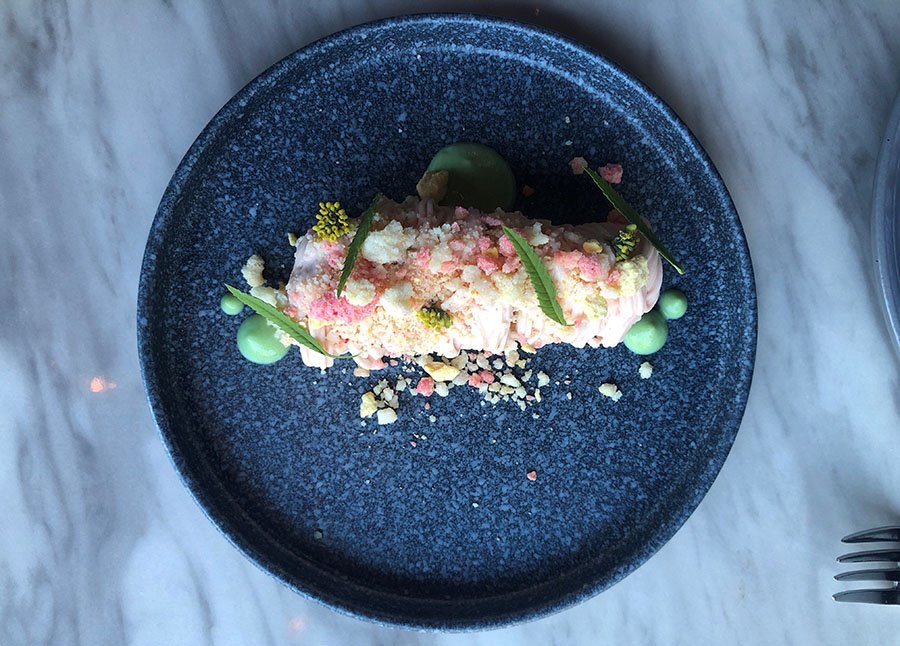 A peach mousse dessert is one of pastry chef Brian Mercury’s new dishes on the dessert menu at Puritan & Co. / Photos courtesy of Puritan & Co.

As New England heads into harvest season, Puritan & Co. now has one of the best pastry chefs in the business on board to showcase native fruits and flavors on its dessert menu. Brian Mercury has just joined chef Will Gilson’s team as the new executive pastry chef, bringing his two-time Best of Boston-winning chops to Puritan & Co., Gilson’s six-year-old urban farmhouse-style flagship in Cambridge; as well as to Gilson’s pop-up Café Beatrice, and his forthcoming project in East Cambridge.

Mercury left Oak + Rowan late last month, three years after helping to open the first Boston venture for North Shore restaurateur Nancy Batista-Caswell. Mercury earned his second Best of Boston award for his pastry program at Oak + Rowan for whimsical dishes like a Twix-inspired chocolate crémeux with whey caramel. Previously, Mercury led the pastry team at Harvest, when chef Mary Dumont was executive chef of that Cambridge mainstay. While at Harvest, Mercury earned a Food & Wine People’s Pastry Chef award in 2013, and the Best of Boston honor in 2014.

Mercury is a Rochester, N.Y. native who moved to Boston in 2004. Gilson and Mercury have known each other for years—in fact, Mercury says Gilson was one of the first chefs he met when he first started at Harvest. Teaming up together is a goal both men have long held.

“The first time I tasted one of Brian’s desserts I knew that someday, somehow, I needed to find a way for us to work together. Brian is an artist and one of the most talented yet humble people I have ever met,” Gilson says in a press release.

Known for playing up New England seasonality in unexpected, but nostalgia-inducing ways, Mercury has just introduced his first dessert menu at Puritan & Co.

“My desserts compliment the Puritan & Company concept very well, so it made a lot of sense when the opportunity presented itself to work with Will,” Mercury says in a press release.

Mercury’s move across the river has opened up, for the first time, the pastry chef role at Oak + Rowan. Batista-Caswell has found a worthy successor: Michelle Boland is the Fort Point restaurant’s new head pastry chef. Most recently a pastry chef at Ledger in Salem, Boland helped that team earn a Best of Boston award for brunch, thanks to her weekly changing doughnuts and dishes like banana bread foie-ster. At Oak + Rowan, Boland is serving up a new pistachio cake with mascarpone, lavender ice cream, peaches, lemon creme, rooibos honey, and chervil; a beautiful blueberry pie, and more new summer treats.

Been a while since you’ve saved room for dessert? Take advantage of Dine Out Boston, which begins tonight. Sponsored by the Greater Boston Convention & Visitors Bureau, Dine Out Boston is a two-week-long, fixed-priced excuse to try a multi-course menu at 140 different area restaurants, including both Puritan & Co. and Oak + Rowan. 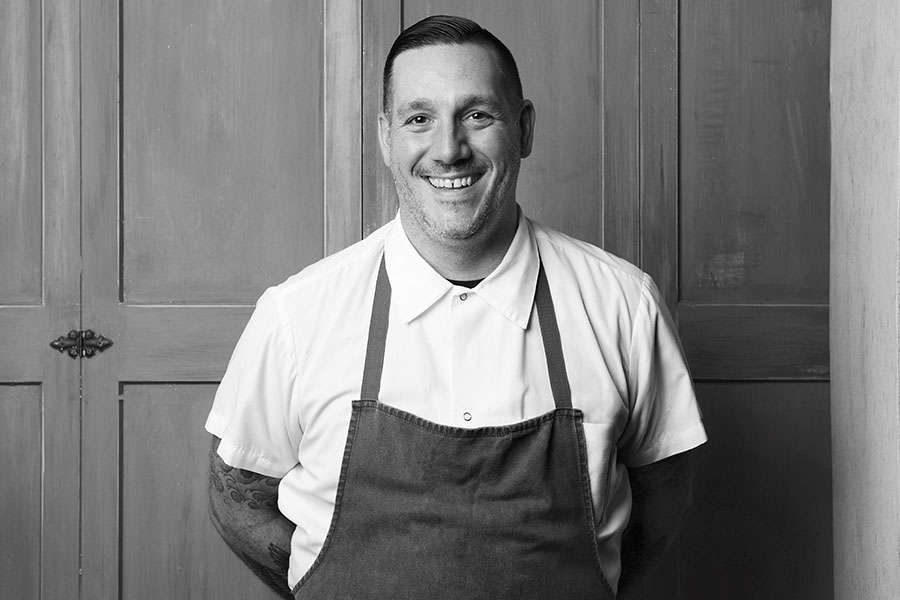 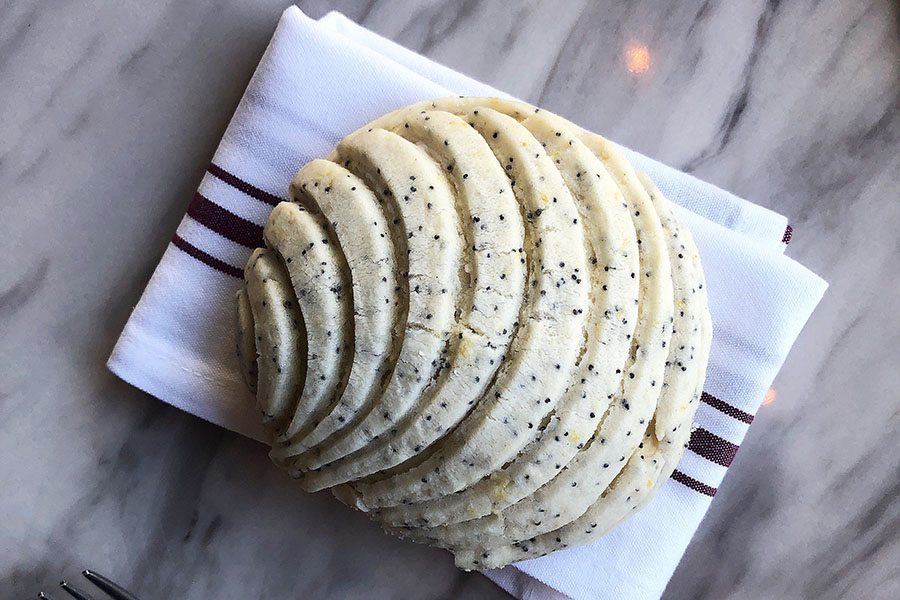 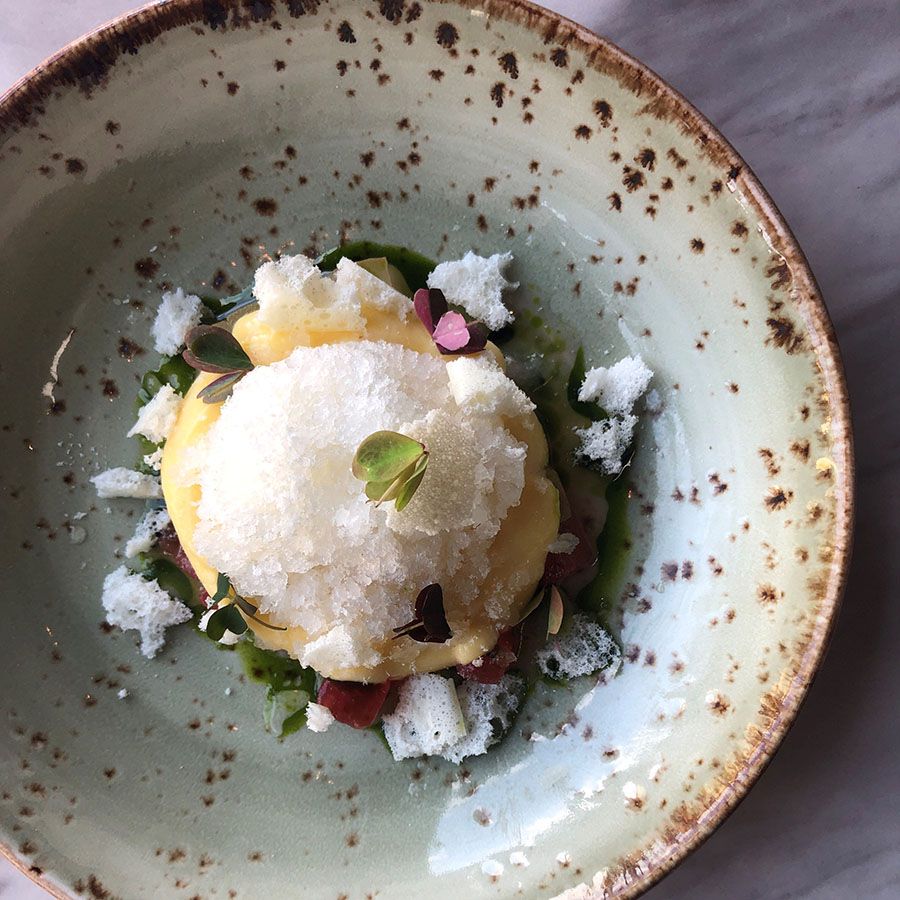 A summer melon dessert is one of pastry chef Brian Mercury’s new dishes on the dessert menu at Puritan & Co. / Photos courtesy of Puritan & Co.