Common Ground Allston Has Closed For Good After a Rough Year

The decades-old nightlife spot is being sued by someone injured by its fallen facade. 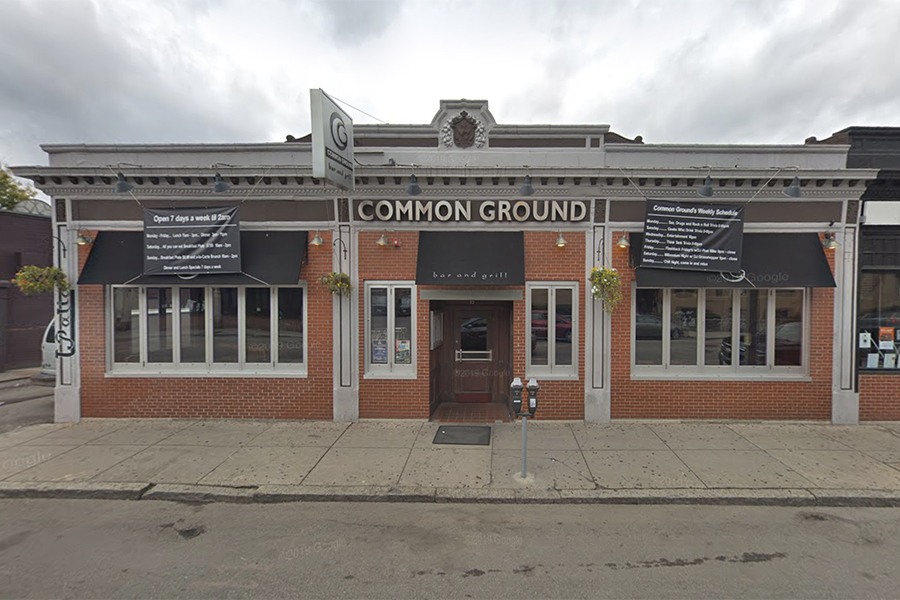 Common Ground in Allston has closed for good. / Image used with permission via Google StreetView

The newest residents of the neighborhood won’t be able to toast the end of another Allston Christmas this weekend at a longtime go-to bar: Common Ground has closed for good. Sunday, Aug. 25, was last call for the 24-year-old nightlife mainstay.

The closure comes just 10 months after part of the Common Ground Allston facade broke loose and struck a passerby, notes the Boston Globe. Sonya Bandouil, an aspiring concert pianist, was critically injured in the incident: She lost a finger after the concrete piece crushed her hand.

Common Ground owner Bob O’Guin died in April. In May, Bandouil and her boyfriend, who witnessed the incident, filed a lawsuit alleging that the building’s owner, property manager, and the bar all failed to inspect and maintain the structure, which fronts onto a busy stretch of Harvard Ave.

General manager Ryan Piercy has kept the bar in operation for the past several months, Common Ground regulars told the Globe. O’Guin’s widow made the decision to sell.

While it served a full pub food menu and it boasts a nice back patio, Common Ground Allston was best known for its nightlife scene of weekend DJs spinning ’90s and 2000s dance parties, and lively trivia nights. It has a second location in Arlington, which Boston Restaurant Talk reports is unaffected by Allston’s closure.