Prezza and Tonno chef Anthony Caturano has taken the reins of the North Shore institution. 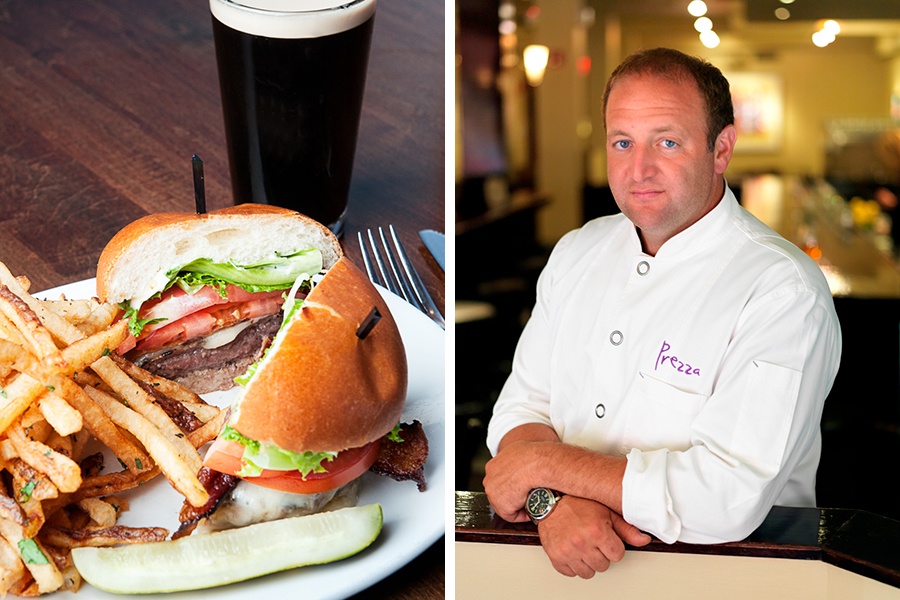 The “Sin” burger at the Blue Ox will stay on the menu under Anthony Caturano’s ownership—along with everything else fans love. / Burger photo by Chelsea Kyle / Anthony Caturano headshot

Matt O’Neil is stepping aside from the Blue Ox—the first restaurant the North Shore restaurateur opened as a chef-owner—but he’s leaving it in capable hands: O’Neil’s one-time boss, Prezza and Tonno owner Anthony Caturano, is taking over the downtown Lynn mainstay. The chef-owner hand-off will officially happen in early September—and rest assured, North Shore diners, it will come with no major changes to the Blue Ox.

Caturano has opened two seafood-focused outposts of Tonno since 2016, in Gloucester and in Wakefield; and he’s presided over Prezza in Boston’s North End for nearly 20 years. He plans to retain the Blue Ox’s full staff, and its beloved casual menu. In a press release, first shared by North Shore Magazine, Caturano said the opportunity to take over the Blue Ox appeals because, like Prezza and Tonno, the Blue Ox is both a neighborhood restaurant and a dining destination.

“We have big shoes to fill, but with this team in tow, I’ll be learning from the best,” Caturano said. “We could not be more excited to be part of The Blue Ox brand.”

After working for Boston fine-dining vanguard Barbara Lynch at No. 9 Park and for Caturano at Prezza, O’Neil opened the Blue Ox in 2009. It immediately earned attention for bringing citified, yet family-friendly dining to the suburb’s downtown. It maintains impressive online reviews a decade in, thanks to friendly service and approachable fare, such as O’Neil’s craveable “Sin” burger, a three-time winner of Boston magazine’s annual Battle of the Burger.

“I can only hope to maintain the level of excellence he’s achieved with food and drinks, but moreso with the community that The Blue Ox has built over the years,” Caturano said.

In 2017, O’Neil and his wife and business partner, Joanna, opened Ledger in downtown Salem. That restaurant just earned a Best of Boston award for its destination-worthy brunch. Despite Ledger’s bright future, letting go of the Blue Ox is bittersweet for the chef.

“The Blue Ox is incredibly meaningful to me,” O’Neil said. “The team at The Blue Ox is my family, and it’s with trust and pride that I pass the torch to chef Anthony Caturano to lead them into this next chapter. I know that he will continue to be successful and to honor what my team has built here.”

Look for Caturano in the kitchen at the Blue Ox starting next month—other than his presence, it will be the same great place. 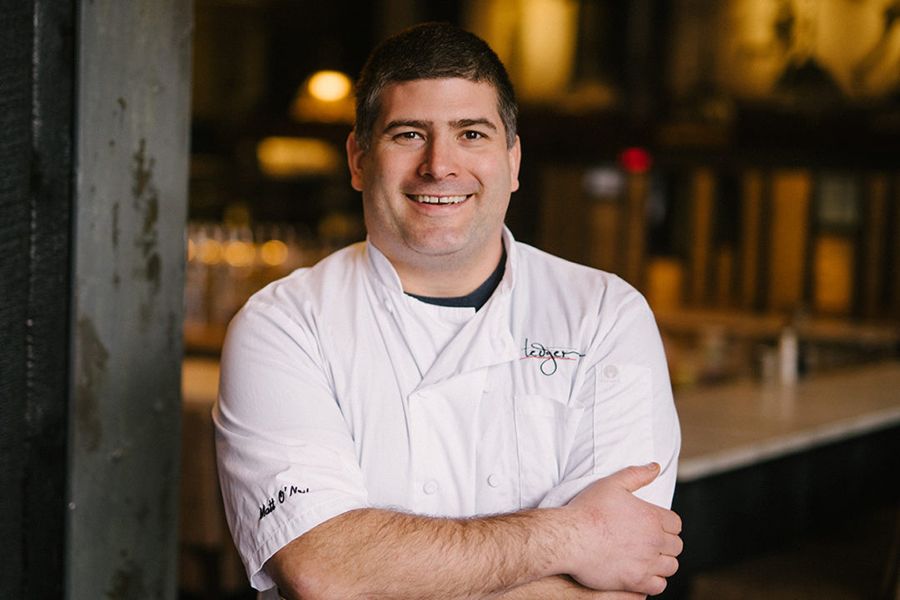