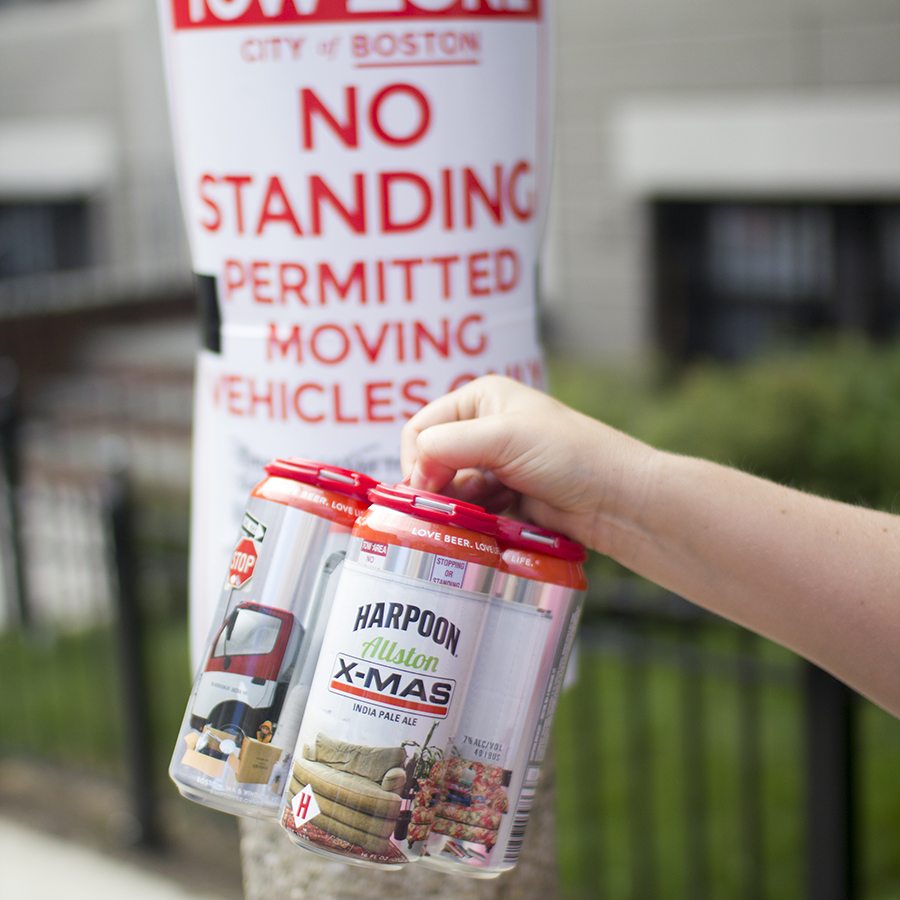 Much like a four-bedroom student apartment in late August, Harpoon Brewery’s supply closet has a tendency to get full of random stuff at the end of a busy season. But instead of dumping extra sacks of specialty malts onto the sidewalk like an unwanted mattress, the Boston beer makers have brewed up something special for the biggest moving day of the year. It’s Allston X-Mas, everybody!

“For years we’ve joked about releasing a beer tied to the unofficial yet monumental Boston holiday, Allston Christmas,” says Harpoon’s innovation brewer Tom Graham. “We’re always innovating at the brewery and when we found inspiration from left over, yet still high quality, ingredients from past projects, the timing seemed perfect to finally celebrate Allston Christmas in a can.”

The can is decorated with a sagging sofa and other common scenes of the day. But to answer your immediate question, no, Allston X-Mas does not taste like moldy upholstery, soggy cardboard boxes, or the inside of a never-been-cleaned mini-fridge. The beer is a soft, fruit-forward, New England IPA, made with surplus citra, lotus, centennial, and eureka hops; English pale and rye malts; and rice flakes. The tasting notes are citrus, mixed berry, and black currant, with touch of spice from the rye.

“We think [it] pairs perfectly with unpacking,” Graham quips, adding that tenants should make sure to get a four-pack into the fridge as soon as they arrive at their new place. “Nothing worse than lugging furniture and ending the day with warm beer,” he told Boston.com.

Allston X-Mas is just the latest local beer to pay homage to September 1, one of the most notorious days on the Boston calendar. Two-thirds of the city’s leases turn over, and not only does refuse flood the streets, but traffic is also typically more of a mess than usual. (Remember, you cannot drive a moving truck on Storrow Drive.)

Trillium Brewing Co. is back with Storrowed, a smooth and “crushable” (get it?) double IPA which “serves as a Public Service Announcement to warn against the Boston phenomenon of lodging a box truck under a low clearance overpass on Storrow Drive.”

This year’s batch of Storrowed hits the Fort Point and Canton breweries at 11 a.m. on August 29, and there’s a one-case limit per person. Allston X-Mas, meanwhile, is now available at Harpoon’s Seaport brewery, and it will move into retail store coolers throughout the weekend.

A stressful weekend is ahead for much of Boston—but at least there’ll be a beer at the end of the day.