This North End Restaurant Will Star in a Food Network Premiere 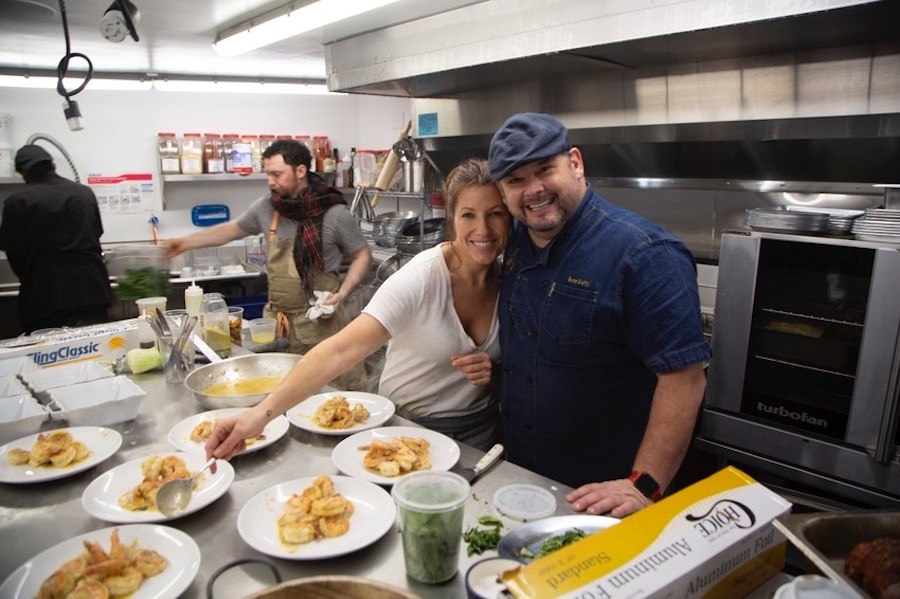 Lights, camera, azione! A family-style Italian restaurant in Boston’s North End will star in the premiere episode of a new Food Network series—and it marks a return to the channel for the spot’s chef-owner.

Table, a venture from media personality-turned-chef Jen Royle, will be the first project featured on Opening Night, a reality series premiering on Sunday, September 1 at 4 p.m. EST. The four-part series takes audiences inside the intricacies—not to mention, the anxieties—of launching a restaurant, trailing its team during the final days of planning and up until doors, well, open. The show is hosted by Brian Duffy, a Harley-riding chef known to viewers for his appearances on Bar Rescue; Duffy has also been a judge on Beat Bobby Flay, the Food Network series where Royle competed in 2016. Before that, Royle, formerly a sports reporter for the Boston Herald and radio host on WEEI, made it to the finals of the ABC competition The Taste in 2014.

Royle says she had zero hesitation about returning to the food-TV world. “When the Food Network calls, you say yes,” Royle says. “I wasn’t afraid to admit that I needed some guidance opening Table. It was my first restaurant and I welcomed all the help offered to me.”

That makes sense, since Table launched in January with a fairly distinct approach: The restaurant gathers just over 30 guests at a time at two communal tables for fixed, multi-course menus served family-style. It was also an alcohol-free zone when it opened, something which could have posed a problem for those who can’t imagine their antipasti without Chianti. Luckily, last month Royle finally scored a license to serve beer, wine and cordials after an arduous process.

On every episode of Opening Night, Duffy provides chefs and restaurateurs with “helpful one-on-one guidance in the kitchen,” per a press announcement about the show. He’ll also dispense “expert advice when it comes to pricing, portions and the importance of social media for a new restaurant.” (Royle, a gregarious yet “foul-mouthed Bostonian” with an active Twitter presence, probably didn’t need much help on that last point.)

The Food Network filmed at Table for the entire week leading up to opening, according to Royle. Future episodes of the series will focus on restaurants in Detroit, Michigan; San Jacinto, California; and Allentown, Pennsylvania. The debut episode featuring Table airs on Sunday, September 1 at 4 p.m. EST.