Narragansett Beer Will Open a Providence Brewery in 2020

Rhode Island's original brewing company will finally have a home in its capital city. 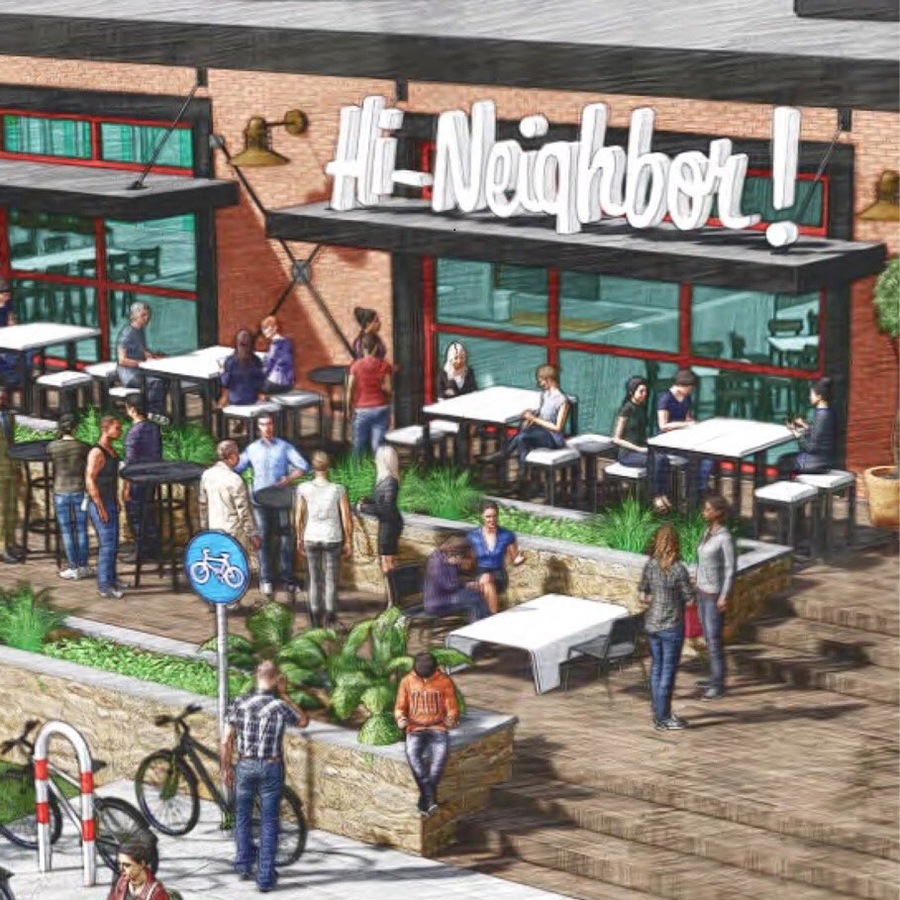 Narragansett Beer’s standard greeting of “Hi, neighbor” will take on a new significance in its home state next year: Rhode Island’s iconic brewing company is officially setting up shop in the capital city. Narragansett just got the keys for a 1-acre property on Providence’s Fox Point waterfront, where the company plans to open a new brewing headquarters, taproom, and beer garden next year.

The beer garden could be up and running by spring 2020, ’Gansett president Mark Hellendrung said in a press release this morning. An indoor taproom and events space will follow next fall.

A 15-20-barrel brewhouse is in the works for Providence, and the place will have a canning line. Narragansett will continue its relationship with Isle Brewers Guild, the craft brewing collective it helped establish in Pawtucket in 2017, Hellendrung tells Boston via email. The company will also continue to brew its flagship lager at a North American Breweries facility in Rochester, New York.

“Narragansett will have options across a network of right-sized breweries for the different beers we make depending on the amount needed,” Hellendrung says.

In Providence, production will center on smaller batches of its established craft brands, like Autocrat Coffee Milk Stout and its beer series inspired by the macabre writer and Rhode Islander H.P. Lovecraft. It will also give the team more opportunity to create new, limited releases.

The company president, a Providence native and Brown alum, says Narragansett’s latest move “really feels like a homecoming for me.”

“We could not be more excited about bringing brewing operations back to Rhode Island in such a perfect location,” Hellendrung said in today’s announcement. “Since 1890, Narragansett has been Rhode Island’s beer. To have a brewery right at the top of Narragansett Bay, that’s easy to get to in Providence, and is connected to the picturesque India Point Park and the East Bay bike path is really a dream come true.”

When Isle Brewers Guide opened, it was also touted as a homecoming for Narragansett. “Today, it is with great pride that we announce that ’Gansett is finally coming home,” Hellendrung wrote in an open letter to fans in 2016. The company’s offices and brewing operations (besides Lager) all moved to the Guild.

To produce some of its “higher-volume brands,” Narragansett plans to continue to share the Pawtucket production floor with makers of Devil’s Purse Brewing Co., Night Shift, Willie’s Superbrew, and other breweries that contract with the facility; and it will continue to have a presence in the Guild taproom. But the ’Gansett headquarters are fully moving to Providence.

The 18,000 square foot brewery and taproom is headed for a one-story building that was most recently a Brown professor’s art studio and storage. Narragansett plans to fill the space with memorabilia from its 130 years in business, which includes original Dr. Seuss artwork, and ads recorded by legendary Red Sox announcer Curt Gowdy. It will be “a one-stop shop for fans who can enjoy the full Narragansett experience and history,” per today’s announcement.

Planning is underway to begin construction on the brewery’s future home, and Hellendrung is hopeful that Rhode Islanders and visitors can sip ’Gansett overlooking the river out to Narragansett Bay when the weather gets warm again next year.

In the meantime, downtown Providence currently has an outdoor beer garden from hometown brewery Trinity Brewhouse, which is open Wednesday-Saturday into early fall.