Check out the new menu of midnight snacks from the brunch specialists. 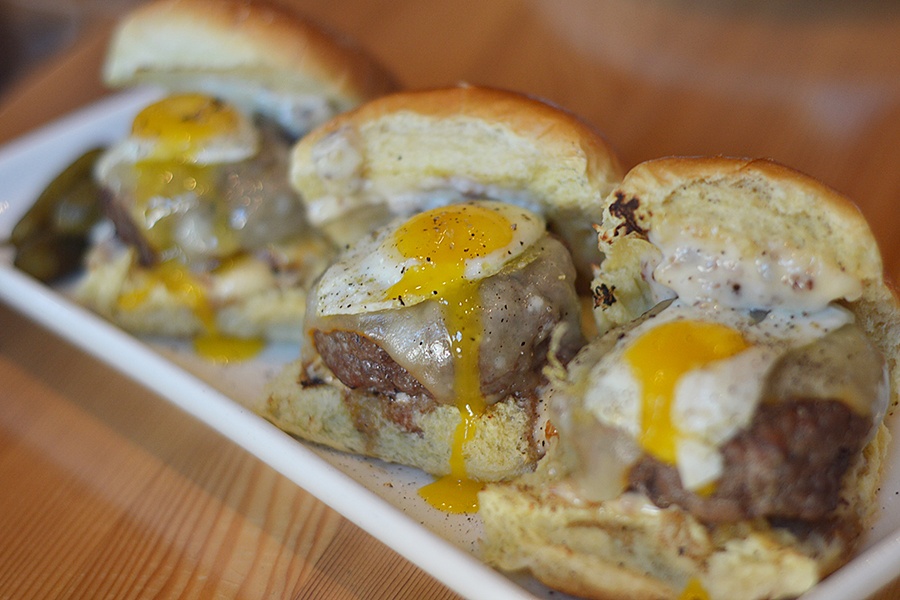 Lincoln Tavern has proven to be an indispensable reason to get out of bed in the morning, but beginning this week, the South Boston restaurant is also a prime place to stay up late. Lincoln launches an expansive new late-night menu on Thursday, Sept. 12, with new “test kitchen”—style menu items alongside lauded sliders, pizza, and more. The expanded menu will start off running Thursday-Saturday nights until 1 a.m., and beginning in October—for Lincoln’s seventh anniversary—it will be available seven nights per week.

Lincoln is the flagship of the Broadway Restaurant Group, which also includes Loco Taqueria, Capo Restaurant and Supper Club, and Fat Baby Sushi and Cocktails. It’s the only outpost that has a 2 a.m. liquor license, so it’s always been a popular post-work spot for Broadway and other restaurant industry workers who clock out earlier, says executive chef Nick Dixon. For years, Lincoln has met those night owls’ needs with its signature pizza and wings, available nightly until 1 a.m.

“Brunch took off and became its own monster,” says Dixon, who helped open Lincoln and is now culinary director of the restaurant group, as well as executive chef of both Lincoln and Capo.

A couple years after launching weekend brunch, Lincoln added holiday Monday service, then Friday brunch test kitchen program, which rotates in experimental dishes and has proven to be wildly popular. About a year ago, the restaurant began serving brunch seven days per week. “We’re very comfortable with where brunch is right now,” Dixon says. “The test kitchen has pushed us to try to do new things all the time, and now it’s time to ask, what can we do with late-night?”

The answer to that question requires more than just coming up with new dishes, though. The Broadway Restaurant Group pays ride-sharing fare home for its hourly cooks who stay til 1:30 a.m., so growing the late-night menu adds more to that expense. It also required Lincoln to rearrange its kitchen a bit to enable that skeleton crew efficiently fry and grill after-hours.

“It’s a tricky balance, but we really want to own that late-night business and give our customers something new,” Dixon says.

The late-night menu will still include pizza and wings, and it will also highlight Dixon’s signature prime beef sliders, which just won Boston magazine’s seventh annual Battle of the Burger. A new full-sized burger riffs on the regular-menu sandwich, but as a smash burger with crispy edges. Now there will finally be French fries available late at night, too.

Besides the always-available staples, Dixon, chef de cuisine Rick Tormey, and the Lincoln team is taking a “test kitchen” approach to nightly chef’s-whim specials, including some fun breakfast-for-late-night options.

“If we run out, we run out. If something’s a huge hit, we’ll try to keep going with it,” Dixon says of the experimental plates. “I see this becoming a very extensive menu.”

Check out this week’s late-night menu below, and expect much more to come.

Add an egg to any menu item for $2