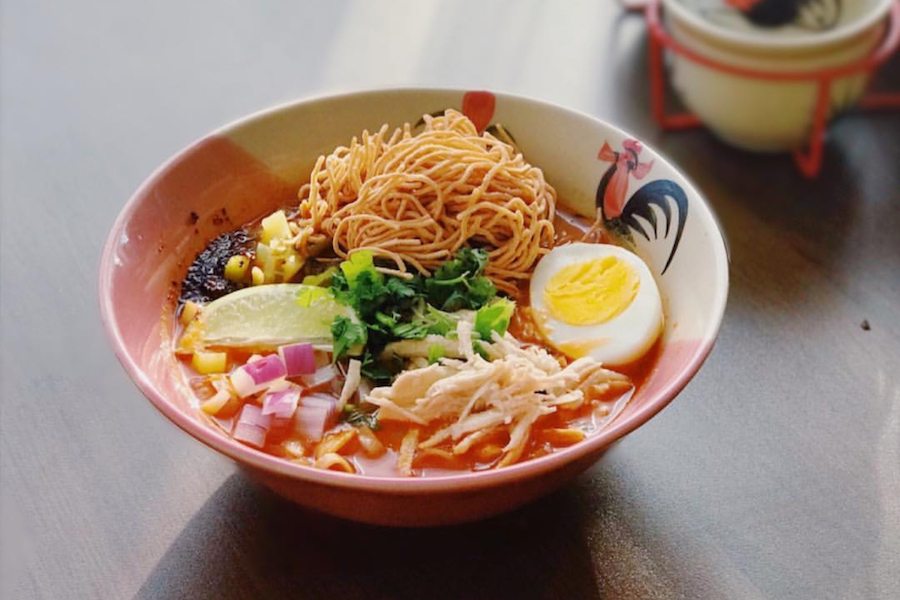 UPDATE, September 17, 9 a.m.: Bon Appetit’s Hot 10 is here for 2019—and alas, no New England spots in sight. Dallas is the national magazine’s Restaurant City of the Year, and the No. 1 Best New Restaurant is a sunny spot in Los Angeles that we visited earlier this year for a Boston magazine Travel Guide. Check out Bon Appetit’s final list of the best new restaurants of 2019 here.

A few Boston-area restaurants are on Bon Appetit’s latest list of the 50 best new restaurants in America, and they include some prime examples of a growing national trend toward more casual dining. For the national magazine, this year’s New England highlights are DakZen, a must-slurp Thai noodle shop in Davis Square; Tawakal Halal Cafe, an East African eatery in East Boston; and two spots in Providence: Aleppo Sweets, and Big King.

The list, curated this year by Bon Appetit deputy editor Julia Kramer, precedes the magazine’s annual Hot 10. That best-of feature is the cover of the October issue, which will hit stands (and the internet) on September 17.

DakZen, a 2019 Best of Boston winner and also one of Boston magazine’s top newcomers of the past year, is a unique “semi-service” restaurant in Somerville, known for Thai street food-style snacks and soups. Its rice noodle-laden khao soi “alone proves that America needs another fast-casual restaurant,” writes the Bon App editor.

Tawakal Halal Cafe serves up Somali and other East African and Middle Eastern fare in a humble house in Eastie’s Jeffries Point neighborhood. (The family-owned spot is actually the redux of Tawakal Halal Cuisine, which was located in Orient Heights until 2011, Eater Boston has reported.) Breads and hand pies filled with aromatic meats, chickpeas, and greens are among the highlights from Bon Appetit’s August visit to the airport-adjacent spot, as well as tender goat biryani, and especially the namesake Tawakal plate of turmeric and paprika-tinted chicken and tomato stew. “The Somali comfort food spot… should be your first stop off the plane,” Kramer writes in today’s feature.

Aleppo Sweets is another counter-service spot, started by a Syrian refugee who landed in Providence amidst the Syrian Civil War. Along with “best-in-class baklava”—which was recently honored in Rhode Island Monthly’s Best Of issue—Bon App shouts out its “homey” atmosphere. The bakery also deals in traditional mezze.

The second act from North chef-owner James Mark, Big King opened in June 2018 in the original North space. (That restaurant has relocated to Providence’s Dean Hotel.) The tiny restaurant is “one part tradition, one part rebellion,” RI Monthly declared while bestowing it with its 2019 Best Japanese award; and Bon App calls it “one-of-a-kind.” Mark is a Momofuku alum, and he earned a Best Chef: Northeast nomination this year from the James Beard Award Foundation. Boston Globe critic Devra First visited Big King this past spring, finding it affordably priced and well-sourced in her three-star review.

Bon Appetit’s list is a refreshingly specific look at some of New England’s best newcomers, shouting out spots that might not be top-of-mind when thinking about the “best restaurants in America.”

Last year, the magazine included Cambridge udon shop Yume Ga Arukara in the Hot 10—it would be quite a feat for another local noodle shop, or another one of these unique spots, honored this year. Stay tuned for the final list later this month, and check out the full list of nominees here.