The Boston Public Market Has a Local Beer Shop Once Again

Consider Boston Beer Alley "the first phase" of the BPM's efforts to upgrade its booze offerings. 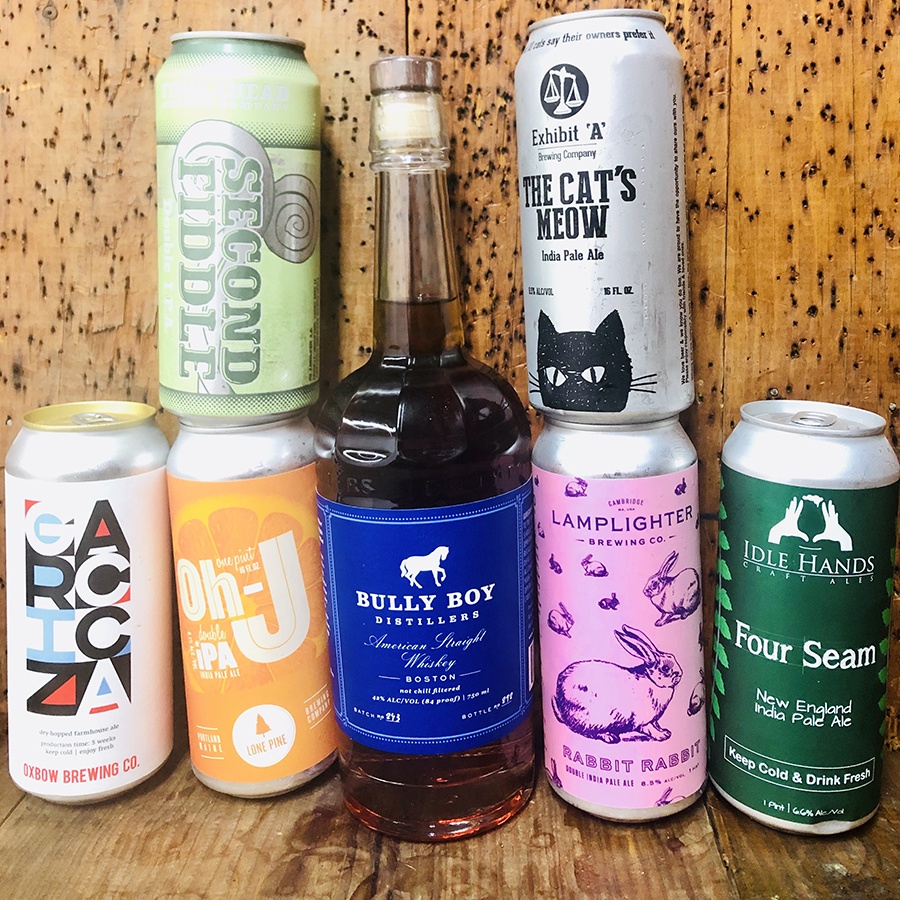 Locavores can once again pick up a six-pack of New England beer along with other provisions at the Boston Public Market. Boston Beer Alley is now open inside the local food hub in downtown Boston, filling in the coolers and shelves left empty after original vendor Hopsters Alley closed early this year.

Boston Beer Alley is the fifth Boston bottle shop for Dawa Lama, who also owns Fort Point Market, Seaport Wine and Spirits, Back Bay Wine and Spirits, and Portside Market and Spirits in East Boston. At the BPM, Lama’s shop specializes in craft beers and microbrews from all over New England, as well as locally produced spirits from the likes of Bully Boy Distillers, and ciders by Stormalong, among other unique brands.

“We hand-select everything that we offer at our stores based on our knowledge of the industry and our commitment to offering customers the best that New England has to offer, and we look forward to sharing our knowledge with interested Market shoppers,” Lama said in a press release.

Hopsters Alley, which was operated by Lee Cooper of the make-your-own brewery brand Hopsters, shuttered in January 2019 after a rent dispute. It was the original purveyor of booze at the food hall-esque Boston Public Market at its inception in July 2015. In October 2015, the Massachusetts Farm Wineries and Growers Association debuted its Massachusetts Wine Shop at the BPM. Since then, the market has hosted pop-up beer and wine gardens and occasional sip-and-shop hours.

After Hopsters Alley left, the non-profit market operators put out a request for proposals to offer an on-site bar inside the BPM. The vision is for “a creative, New England company to develop a taproom experience under their own brand,” whether it’s beer, wine, or spirits—or all of the above. “There has been great interest in the local craft beer movement lately and we’re so excited by the idea of offering a taproom in the Boston Public Market so that customers can enjoy a pint while they shop for grocery items and prepared foods,” market CEO Cheryl Cronin said at the time.

This idea is still in the works. “The launch of the Boston Beer Alley marks the first phase in the Market’s efforts to update its current alcohol offerings,” a Boston Public Market representative says today. “Moving forward, the BPM is continuing to review the geography of the Market to determine the best approach for its next phase.”

While you can’t pop open a can from the Boston Beer Alley while shopping, there is an opportunity coming up soon to drink at the BPM. The market’s fourth annual Harvest Party is coming up on Thursday, October 24, featuring 10 New England breweries and cider-makers pouring sips throughout the space.

The Boston Beer Alley shares sneak peeks at new booze in stock on its Instagram. It’s now open at the BPM every day from 10 a.m.-8 p.m. (6 p.m. on Sundays).