Guests need not be in recovery to attend the "Clear and Present" dinner. They just need to keep an open mind about what really makes a meal. 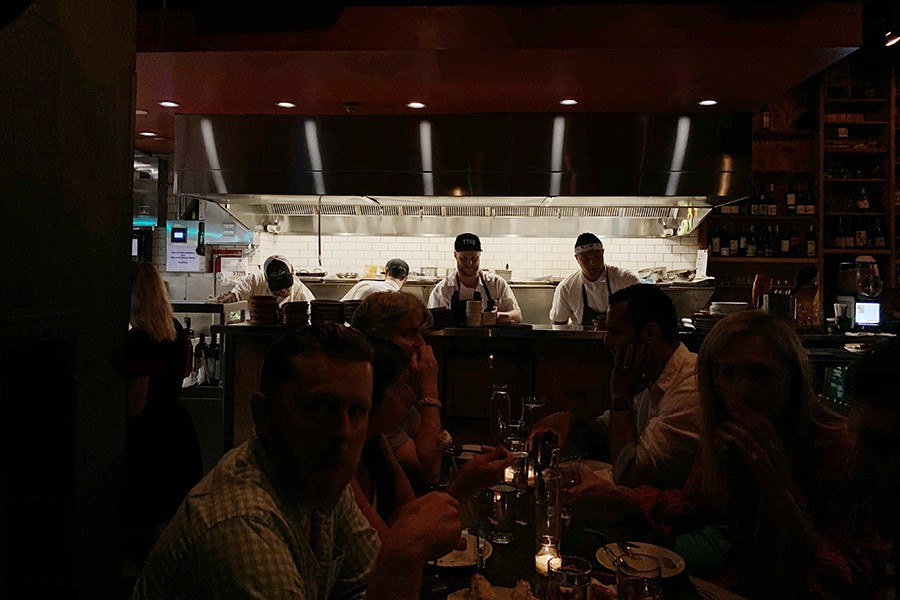 It wasn’t a metaphorical storm in Josh Elliott’s life that led the chef to get sober, but a literal hurricane.

By September 2017, Elliott—who’s now executive chef at Boston’s Toro—had been professionally cooking for nearly 20 years, despite being addicted to alcohol and other vices for longer than that, he says. Elliott was executive chef of Miami Beach’s Raleigh Hotel when Hurricane Irma hit southern Florida and shuttered the historic art deco property. Its closing was an opening, in a sense—a break from the hectic pace of the kitchen, and a chance for Elliott, who had a 2-year-old at home, to make some important personal changes. “When that storm came, I took it as a time to say, ‘Enough is enough.'”

So Elliott checked himself into a 60-day rehab program. Shortly after completing it, he and his family moved to Boston, where he and his wife both started working for restaurateur Ken Oringer, whom Elliott had met a few years prior at the South Beach Wine and Food Festival. And now, Elliott is planning one of the most personally important dinners of his career.

“A night of service where we don’t serve alcohol at this restaurant was something I wanted to do, just to say there are people just like me that are willing to make changes,” Elliott says.

That’s because, before he became sober himself, “I didn’t think it was possible for someone like me, in active addiction for most of my life, to change,” he says. “But that’s not true.” 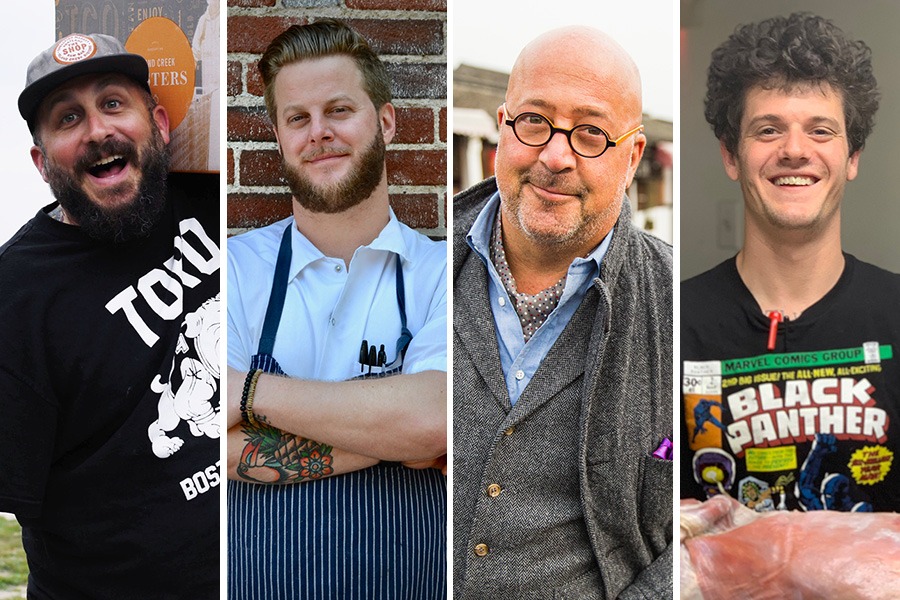 Kean, who co-owns Jamaica Plain’s fun, fermentation-focused Brassica Kitchen + Café, has been sober for six years. Alcohol was never his only vice, he says, but it was part of a problem that led to “my shit kind of [getting] out of control.”

It’s not a problem for everybody, Kean knows, and in fact, for some of his colleagues like Brassica beverage director Noah Todoroff, alcohol is “his art and his expression. Part of what we are here is talented people expressing themselves,” Kean says. “I design food, and I like when people can pair wine and beverage.”

The chef met half of his staff through the recovery world, he says, but many other Brassica employees still partake in the restaurant industry tradition of the “shift drink.” For Kean, it’s important to provide “support by example. If you’re working at a place where half the place is in recovery, it’s a power-in-numbers thing.”

A company representative reports the JK Food Group has also started to encourage “moderation and overall health” across its restaurants, which include Coppa and Little Donkey as well as Toro. It now provides monthly wellness workshops, and has omitted nightly shift drinks.

“As a group, we do want to leave things better than when we found them,” says Elliott, adding that the Clear and Present Dinner “is another reflection of that.”

Kean was excited to receive a call from Elliott about the event, which will also feature food from Island Creek Oysters sales director and self-described “street-chef” Bill Weiss, and Travel Channel star Andrew Zimmern.

“This is definitely the first time I’ve done an event that has a voice speaking to sobriety, [saying] that it’s OK to make this art and serve it without booze,” Kean says. “I think it’s courageous, and I’m proud to be a part of it.”

A friend of the JK Food Group, Zimmern has for years been public about his decades in recovery. The Bizarre Foods host participated in a sober dinner last fall with celebrity chefs like Sean Brock and Michael Solomonov.

Reading about that project flipped a switch for Elliott. He was just starting to get sober himself, and seeing those names on the line in recovery was “very encouraging,” he says. Elliott had long been a fan of Zimmern’s, but only then realized “he’s been sober as long as I’ve been alive. When you look at it, these are guys who are really successful in their field, and they’re willing to put themselves out there in the support of others.”

That’s the chef’s ultimate goal with the Clear and Present Dinner.

“There are a lot of us [restaurant industry workers who struggle with addiction], and there are a lot of us who can thrive,” Elliott says. By inviting people to come to an explicitly alcohol-free dinner, “We’ve used our medium—food and beverage—to cause a little opening.”

Guests need not be in recovery to attend, of course, nor even to enjoy themselves, Elliott hopes.

“For me, it’s about humanity,” he says. “We have a unique ability as cooks to use our medium to really get a message out, because everybody eats.”

The Clear and Present meal will begin with a composed oyster and crudo, then moves onto family-style tapas, Asian-influenced ribs and sides, a Jewish-deli-inspired course, and more, all paired with booze-free “drinks [that] will open people’s eyes,” Elliott says. Non-alcoholic cocktails are a growing trend on menus in Boston and beyond, and the chef is excited for Toro general manager Cameron Lewin and the beverage team to get creative. Maybe, developing the Clear and Present menu will lead to something larger than a one-off dinner, Elliott adds.

Oringer and Jamie Bissonnette, Elliot’s bosses; Zimmern, Weiss, Kean—“they’re legends,” Elliott says. “If we can use that influence to think about things differently, I think that’s pretty cool.”