Manoa Poke Is Back in Business at Its Somerville Shop

The Hawaiian-style spot will be open on the weekends, with catering and pop-ups on the side. 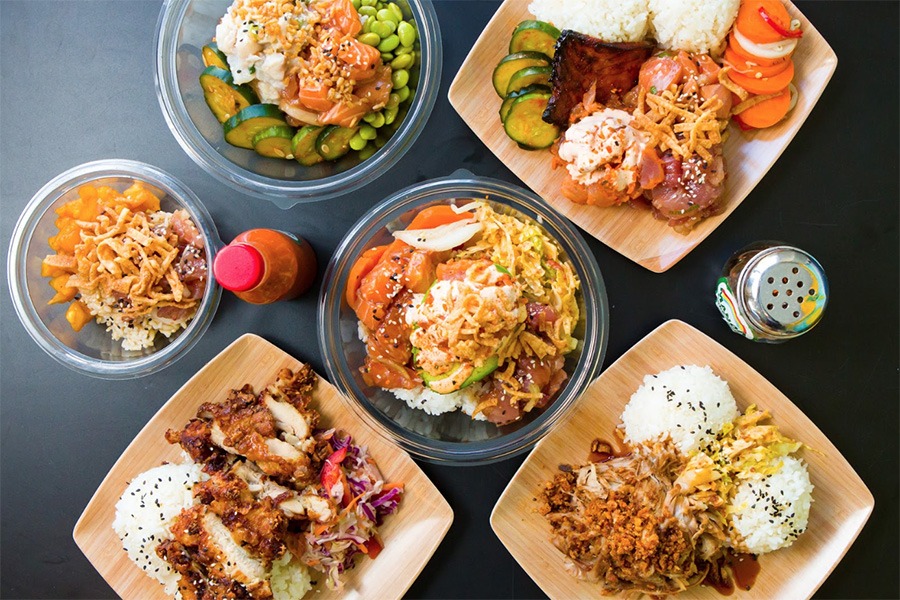 Good news for fans of fresh seafood, crispy fried chicken, and aloha vibes: The Boston area’s most authentic poke shop has returned to Somerville. Eight months after closing up shop, Manoa Poke has retooled its business model and will be open once again for lunch and dinner on the weekends, beginning this Saturday, September 28.

Consider this a soft-opening return, says Manoa general manager Jacob Afoa, as “we figure out our groove.” The shop, located in a student-heavy area near Porter Square, will be softly open again on Saturday, Oct. 5 then closed the next day for a private event; then it officially reopens on October 12 and 13. Most of the original menu will be available, including spicy salmon poke with sambal and kimchi aioli; spicy tuna poke; mochiko fried chicken (a crispy island style which uses rice flour); kalua pork sandwiches; and more.

One thing that won’t be on this weekend’s menu is ahi tuna shoyu, because of the market price of the fish. “Tuna can get really pricey and I wouldn’t feel comfortable charging $20-plus for it,” Afoa says.

Manoa shuttered its café in January, two years after being one of the first Hawaiian-style seafood salad spots to open in the Boston area. At the time, the business wasn’t sustainable, founder Josiah Bonsey told Boston.

“This time around, we’re operating with a smaller group, while keeping a tight handle with our budget,” Afoa says. The general manager is at the helm, along with the chef, Devynne Fuga, and three other familiar faces who have been with Manoa since 2016: Sonny Langford, Oliver Mahn, and Seth Molia. Bonsey and his brother and cofounder, Sam, are still involved as investors and consultants, Afoa says.

Plus, the small crew isn’t subsisting on in-store sales. Manoa, which began as a pop-up outfit in 2016 bringing food to places like Lamplighter Brewing Co., has never given up its mobile roots. Manoa returns to Lamplighter tonight, September 27, and will continue to focus on catering and events during the week while opening the shop on weekends.

Manoa Poke is filling out its off-site events calendar, so stay tuned on social media for future pop-up news. In the meantime, go say aloha to the fresh fish fam this weekend from 11 a.m.-9 p.m. both days.