It's now open from the owners of Yvonne's. 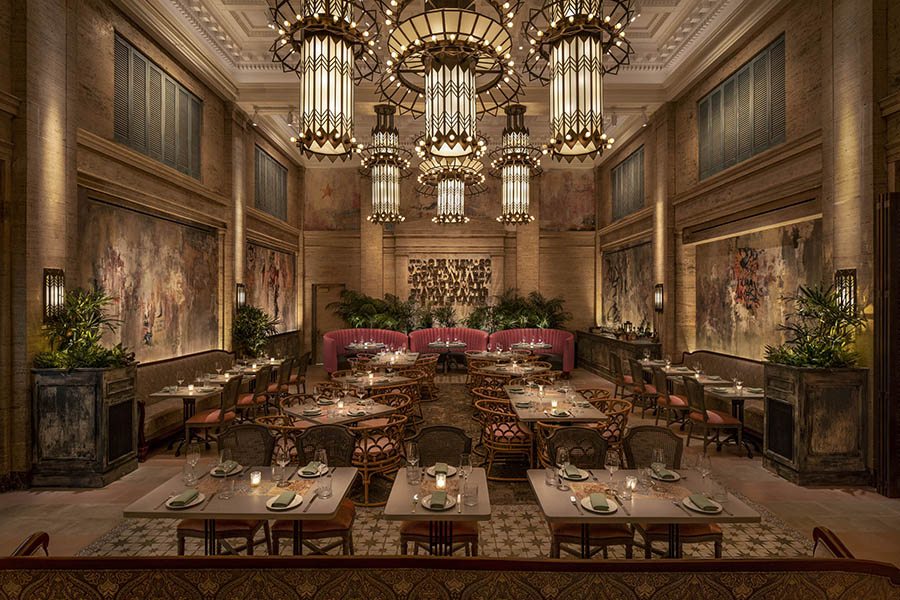 Jazzy rhythms and Spanish harmonies may very well soundtrack your commute home through the Financial District tonight. Mariel opens at 4 p.m., the Cuban-inspired latest from one of Boston’s most conspicuous restaurant groups. Latin music will emanate through windows overlooking Post Office Square as Boston’s first introduction to the lively newest addition to the downtown dining scene.

Mariel is the highly anticipated fourth restaurant from COJE Management Group, which also owns and operates Yvonne’s, Ruka, and Lolita. Like its sister spots, Mariel is a feast for the eyes as well as for diners hungry for a social experience of shareable plates, beautiful cocktails, curated music, and Instagrammable backdrops. By the end of the year, the address will also have a second, more nightlife-focused cocktail bar in the basement. (Ventilation concerns led COJE to scrap initial plans for a smoking lounge, in favor of a nightclub with live music, says managing partner Chris Jamison.) 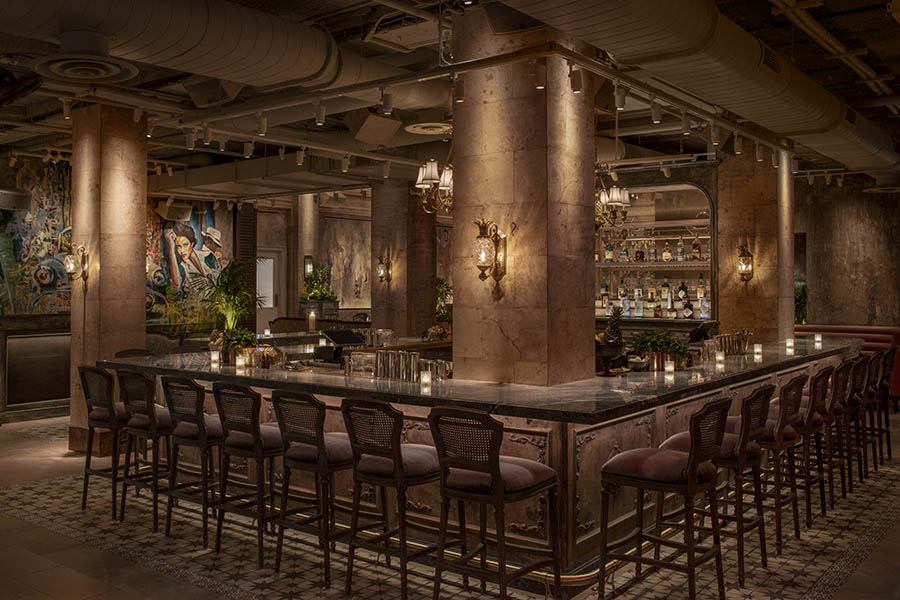 The main bar at Mariel. / Photo by Richard Cadan

From the street, guests will enter the former bank that is Mariel via a grandiose lobby, where they will have the option to check coats and bags. Then they’ll step into the bar and lounge, which has plush sofas, high-top tables, and bar seating for about 25 people. That space also contains a DJ booth, which will be manned regularly on the weekends to help create the Havana-nights-style vibe. Accordion doors separate the lounge from the 140-seat, main dining room, which boasts striking chandeliers hanging from original, 23-foot ceilings, and graffiti-accented walls of original sandstone.

“We invested a lot of time and energy in making it look old,” Jamison says.

Like their other projects, Mariel has serious food and drink programs to support the over-the-top decor. Culinary director Tom Berry (Yvonne’s, Lolita, Ruka) has created a “social dining” menu structured like Yvonne’s, with small plates meant for sharing. It includes a section of Cuban-style “street pizzas,” which the team learned about during a research-and-development trip to Havana. COJE’s corporate pastry chef Liz O’Connell has developed a house version of Cuba’s sweet pizza dough, which is slathered in a house-made tomato-and-pepper sauce and a blend of mozzarella and Havana-style gouda, and topped a few different ways.

Mint is another very important ingredient at Mariel: The herb is the basis for the mojito, a signature drink on the bar. The team is working with Boston’s Freight Farms to source a proprietary strain of heribabuena (spearmint), with thick, fibrous stalks and sweet-flavorful leaves.

Rum is the main attraction on the shelves behind the bar, as well as on display in a glass-enclosed cabinet at the back of the lounge area. It fuels one of the most fun “social drinking” elements of the menu: a “daiquiri tree,” or wire holder balancing up to eight coupe glasses made for a group. Yvonne’s alum Sebastian Cañas, who has also worked at Drink and leads cocktail creation for the pop-up East Boston Oysters, is heading up the cocktail program at Mariel. Michael Adkins, COJE Group’s director of operations, is behind a wine list at Mariel which features custom-bottled magnums of certain by-the-glass options.

The Cuban-inspired concept, which is named for the port from which many Cubans emigrated to Miami from, helps connect COJE’s fun, Latin-leaning Lolita and the upscale glamour of Yvonne’s, Jamison says.

“The elegance and the history of Havana gave us a really cool opportunity,” he says. And so did the prime location, which COJE has been leasing for more than two years as it underwent renovations.

“There aren’t many sort of parcels of land in Boston where you can open up the windows and look out and see greenery, trees, and a beautiful kind of square like this,” Jamison says, throwing open a window to show off Post Office Square. “We were early into Downtown Crossing with Yvonne’s, and we have that same kind of idea here, where we think this little neck of the world’s going be pretty special in the coming years.”

Get your first look beginning tonight, September 30, at 4 p.m. Mariel serves dinner until 11 p.m., and the bar stays open until 2 a.m. In the coming weeks, lunch service will begin. Stay tuned for more details about Mariel’s forthcoming basement nightclub. 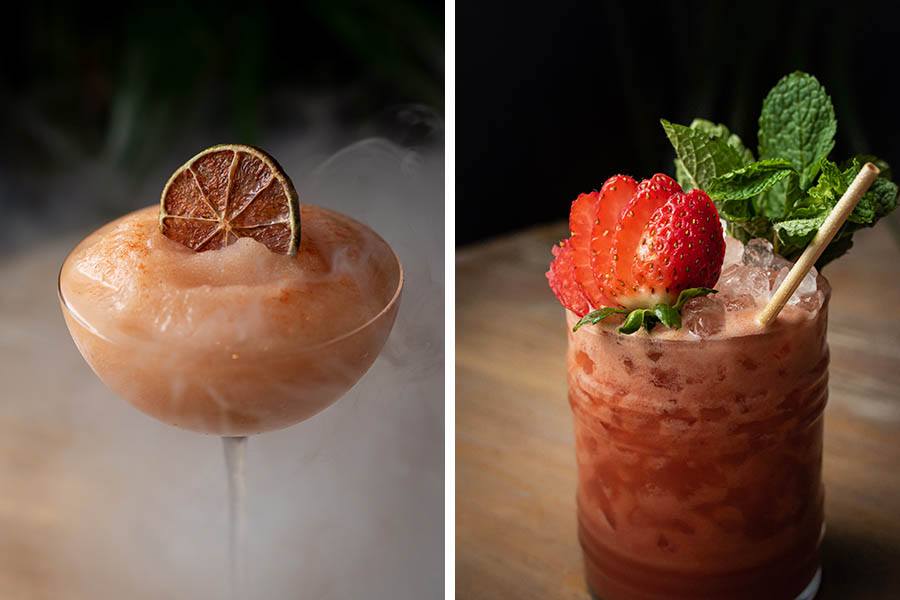 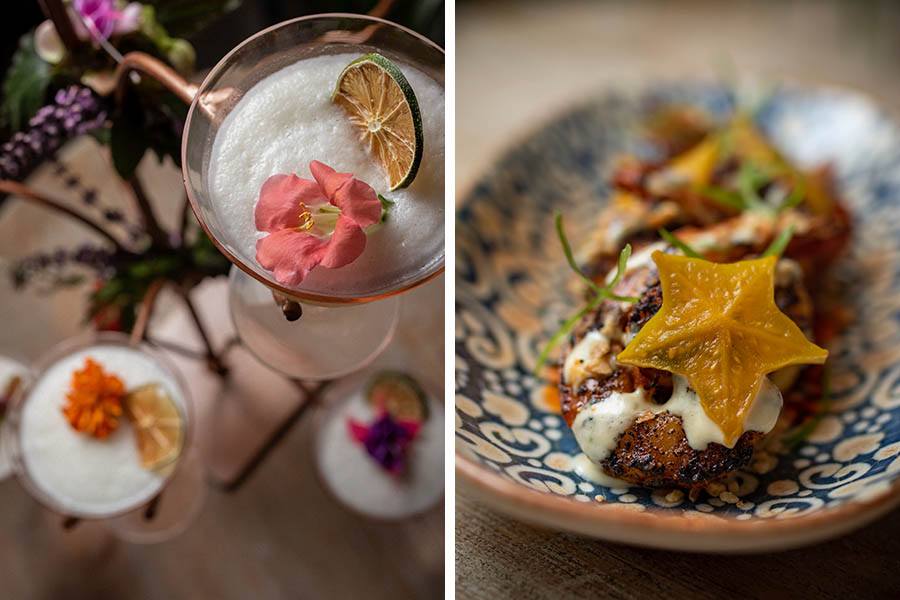 A daiquiri tree for a group at Mariel. On the right, a dish of blackened shrimp. / Photos by Josh Jamison 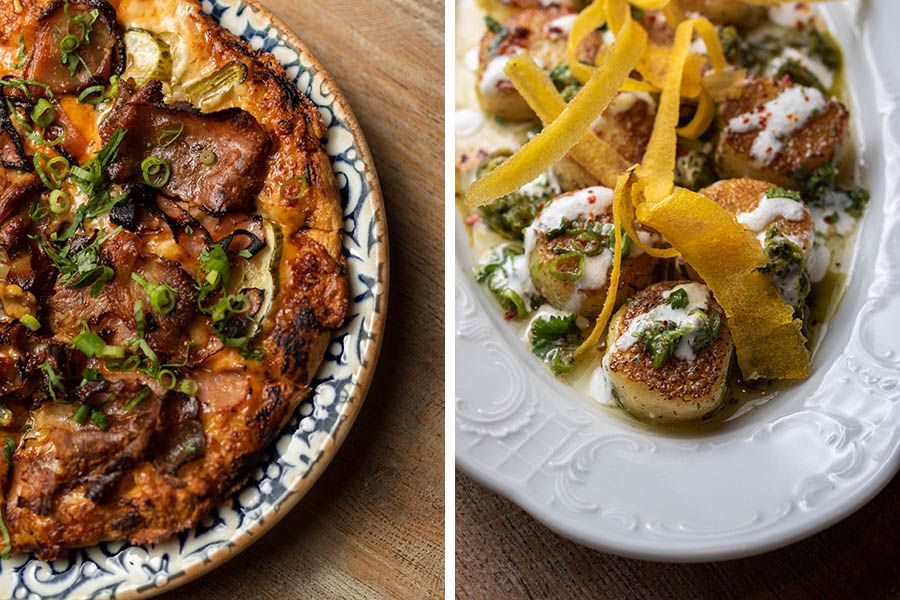 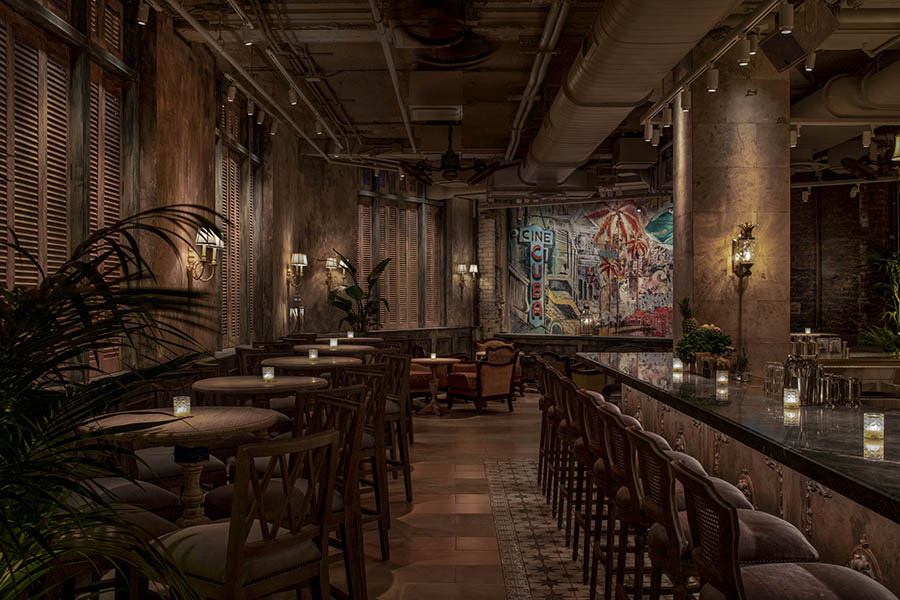 Looking toward the front of the bar and lounge, with shuttered windows overlooking Post Office Square on the left. / Photo by Richard Cadan