Here Are the Menus at Pazza on Porter in East Boston

The Italian-American lounge and patio opens in early October. 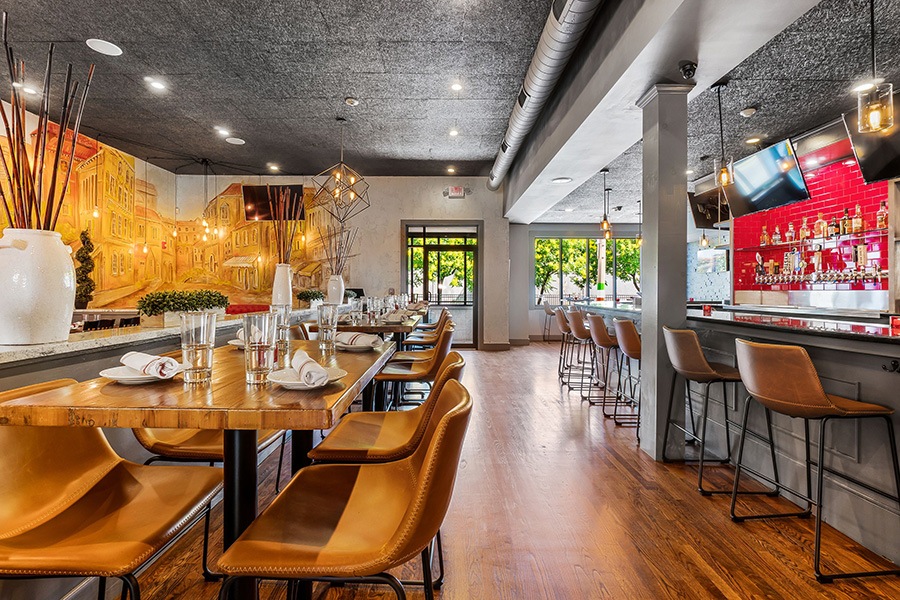 Pazza on Porter is a new Italian-American restaurant in East Boston from a team that knows the style. / Photos by Amie Keefe

A duo well-versed in the Italian-American genre is about to reinvigorate a longtime restaurant location in East Boston. Pazza on Porter officially opens on Friday, October 11, filling the short-lived Craft Table & Bar space with handmade pastas, spiedini (grilled skewers), custom-roasted coffee, and more.

Raffaele Scalzi, cofounder of the Boston Pizza Festival and a co-owner of Casa Mia in Marblehead, and Mivan Spencer of Caffè Dello Sport in the North End, have teamed up at Pazza on Porter as Boston Amici Group. The owners are bringing in tastes of their other ventures, such as pastas made at Casa Mia, and coffee and cold brew roasted by Guglielmo, the exclusive supplier for Caffè Dello Sport.

Stephen Ennamorati is leading the kitchen at the new restaurant. An alum of Citizen Public House, Ennamorati has developed a number of shareable plates for Pazza on Porter, along with new takes on Italian-American entrees like pistachio-crusted salmon, stuffed veal, and fettuccini Amatriciana. A bar menu of snacks like zucchini fries, house-made ricotta crostini, and a variety of spiedini will give way to a late-night menu, available nightly until 1 a.m. The new place will also do weekend brunch every Saturday and Sunday. Check out the opening dinner, drink, and brunch menus below.

While the Porter Street property was most recently home to Craft Table & Bar and before that, Ecco, the new owners looked further into its past to give Pazza a sense of place. A 16-seat private dining room—nicknamed the Sablone Room—is decorated with signatures of famous Bostonians, from Ted Williams to Donna Summer to Steven Tyler, as an homage to its former life as Sablone’s Veal N’ Vintage. The legendary East Boston hangout closed in 2002 after decades of hosting local notables—and getting them to sign its walls.

“With the ever-changing landscape of East Boston, Pazza on Porter is [the neighborhood]’s newest restaurant with the oldest ties,” Raffaele Scalzi said in a press release.

Suzette Gerolium of Suzette Design outfitted the space, which seats 92 inside. It’s poised to be a game-day go-to with TVs posted up around the restaurant, and it’s also a canvas for several new murals by local artist Mark Grundig, which are meant to create Instagrammable backdrops throughout the space. The Pazza on Porter team is hopeful there will be time left this fall to enjoy the 30-seat, Capri-themed patio and its roving Aperol Spritz cart. The outdoor space is also equipped with its own televisions.

Pazza on Porter is now accepting limited reservations beginning Wednesday, Oct. 9, and it will begin welcoming walk-ins on Friday, October 11. It will be open nightly from 5 p.m.-1 a.m., and on Saturday and Sunday for brunch from 11 a.m.-3 p.m. 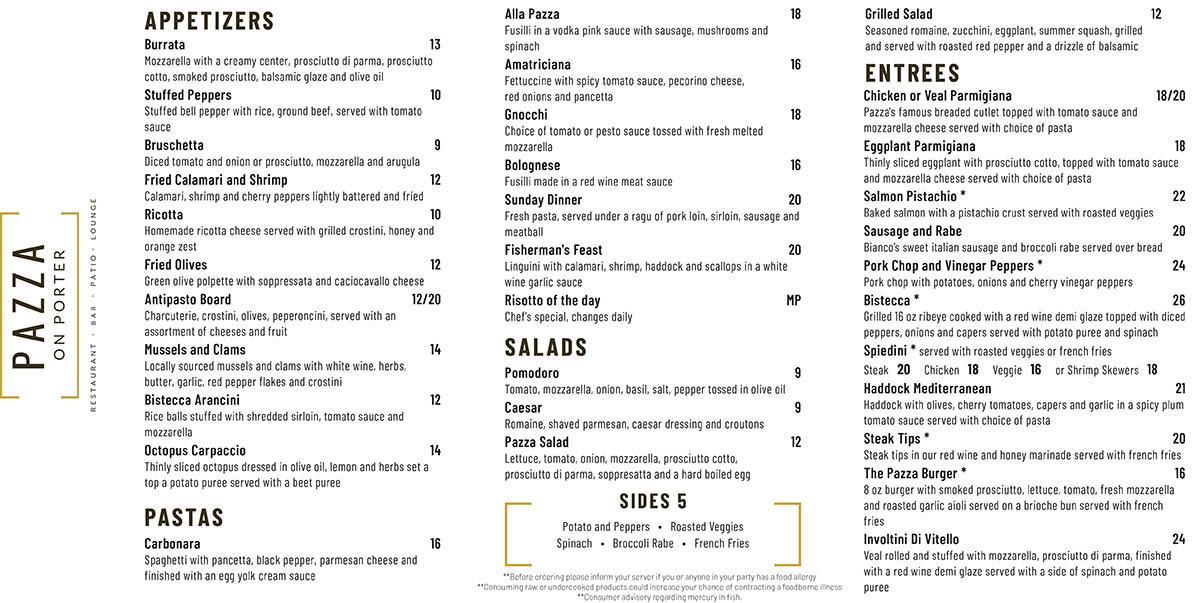 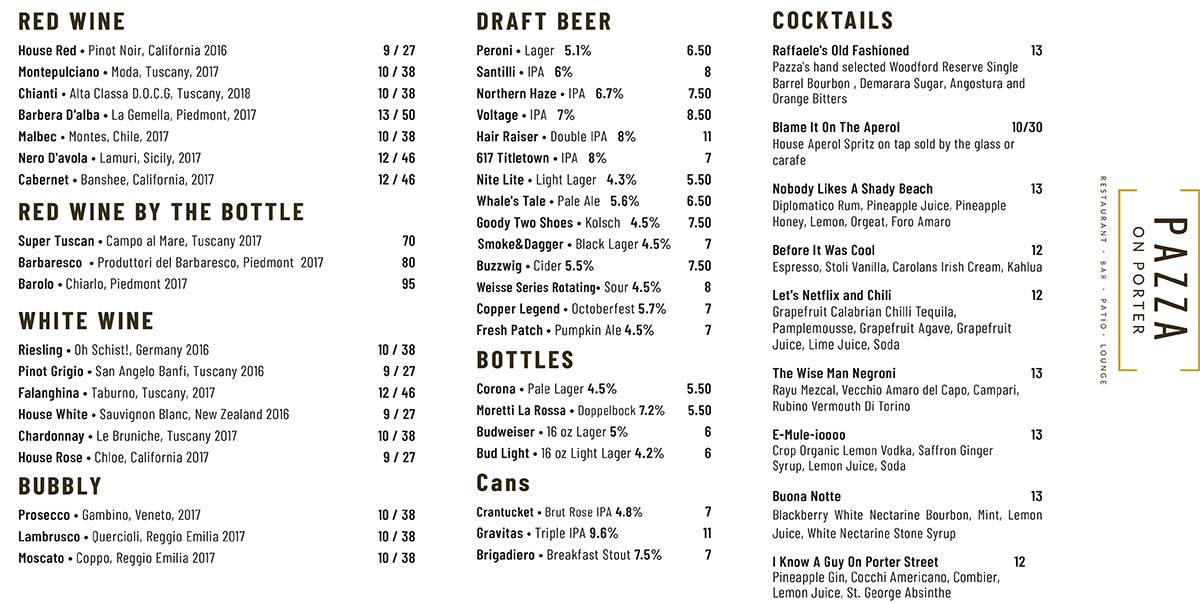 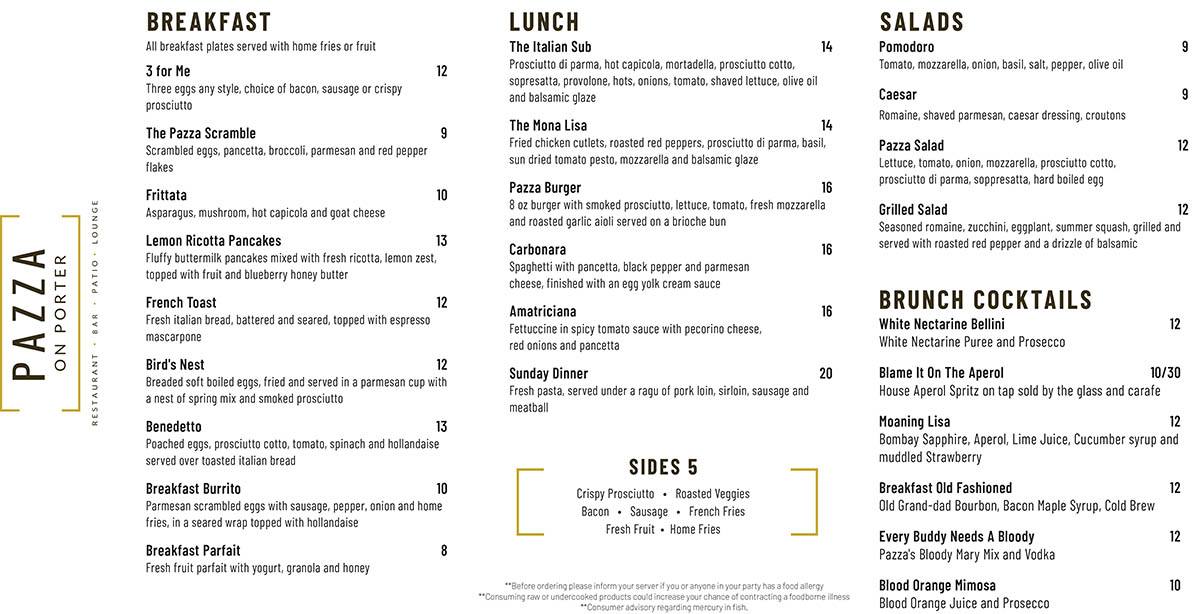 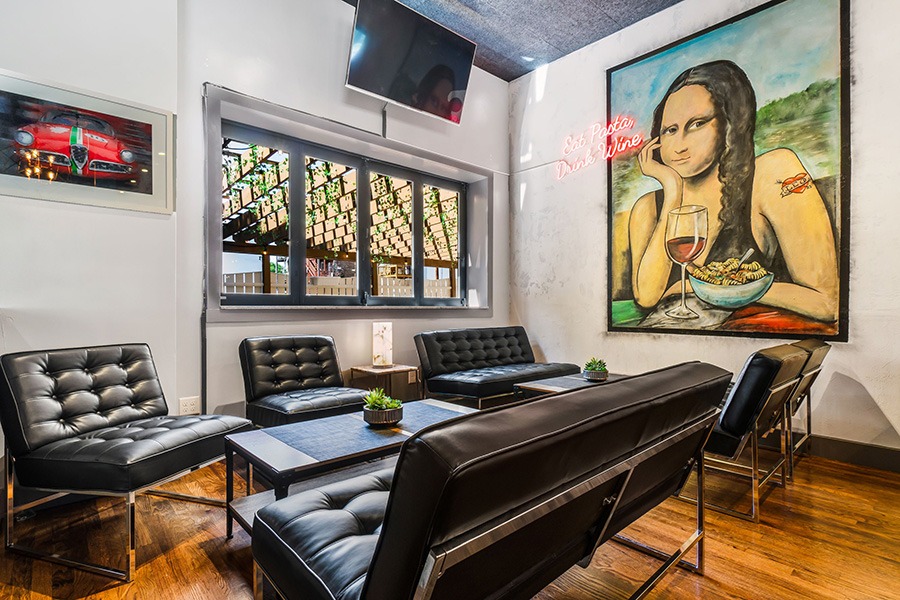 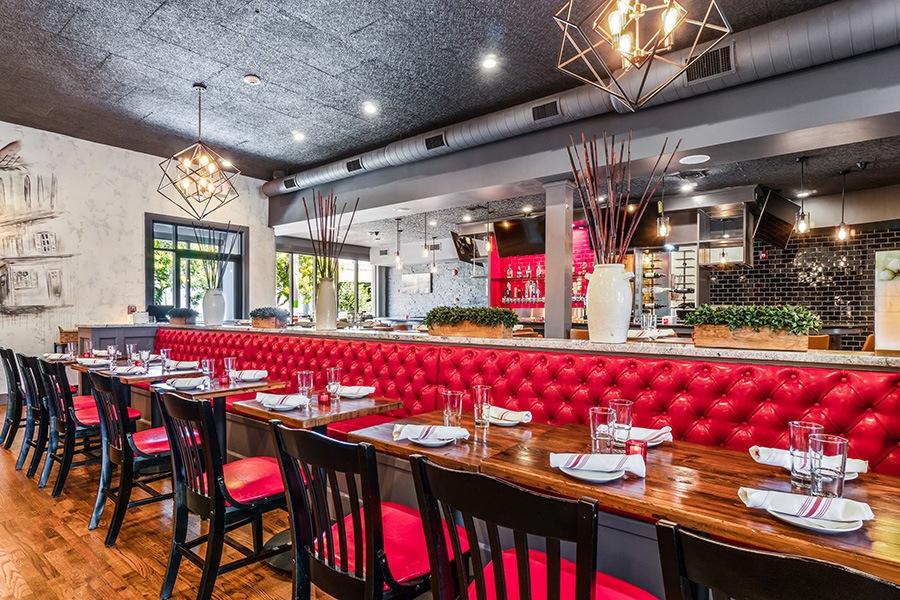