MasterChef Returns to Boston for Open Auditions in October 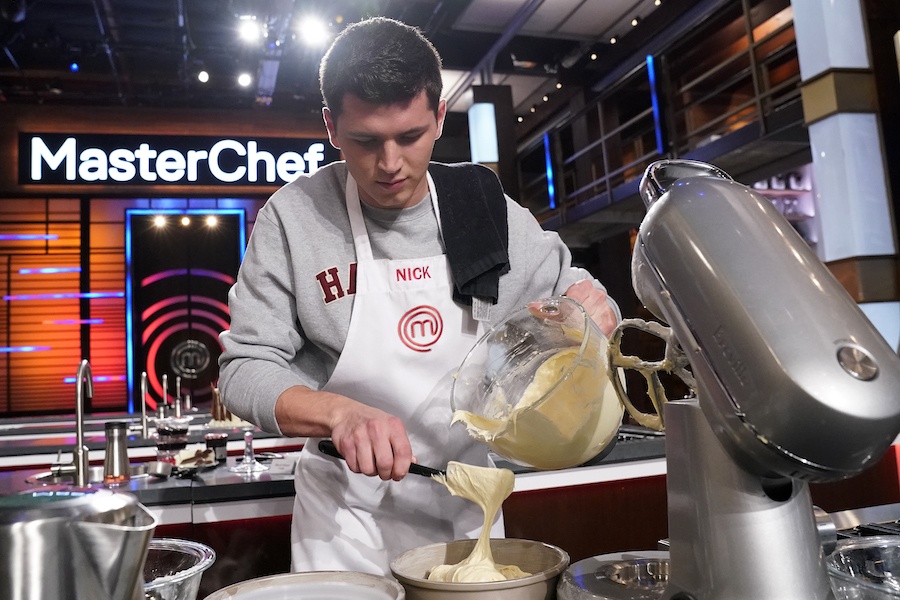 Rhode Island native and Harvard alum Nick DiGiovanni made it to the MasterChef finals after answering the open-casting call in Boston. / Photo courtesy Greg Gayne/ FOX

MasterChef producers have discovered some seriously talented home cooks in Boston the past few years—like Nick DiGiovanni, the recent Harvard grad who was one of the youngest finalists ever on the Fox show’s most recent season. So naturally, the casting team returns to Boston for open-call auditions on Saturday, October 19, in hopes of finding America’s next MasterChef in the City of Champions.

The casting team, along with special guest DiGiovanni, will meet contenders at Boston Marriott Long Wharf to potentially star in the 11th season of the reality competition. The producers are looking for amateur cooks, or people who have never worked as professional chefs, nor made the bulk of their income by cooking. Hosted by Gordon Ramsay with celebrity chef judges—and a $250,000 grand prize—the show challenges contestants on a range of culinary tasks, like technical skills tests, using “mystery” ingredients, head-to-head cook-offs, team restaurant takeovers, and more. It will film in Los Angeles over several weeks in early 2020.

To audition, Fox asks interested home cooks to pre-register online, and answer a survey about their personality and cooking style. On October 19, MasterChef hopefuls must bring their signature dish to the hotel for Ramsey’s culinary team to try. Competitors have just three minutes to plate and present their dish, and they have no access to kitchen equipment or a heat source—so plan accordingly.

Jason Wang, a Newton musician and teacher who made it to the top 3 in 2017, previously told Boston that the key to acing his audition was keeping his dish simple but special. A Vietnamese-inspired shaved salad with kohlrabi, matchstick carrots, poached shrimp, herbs, a funky dressing, and a black-sesame cracker on the side showed off Wang’s mastery of different flavors and texture combinations, as well as his plating skills.

What easy-to-serve dish of yours would impress Gordon Ramsay? Start thinking about it now. Let us know if you need a taste-tester.