Here's a look inside the cheerful taproom—and a taste of what's on tap. 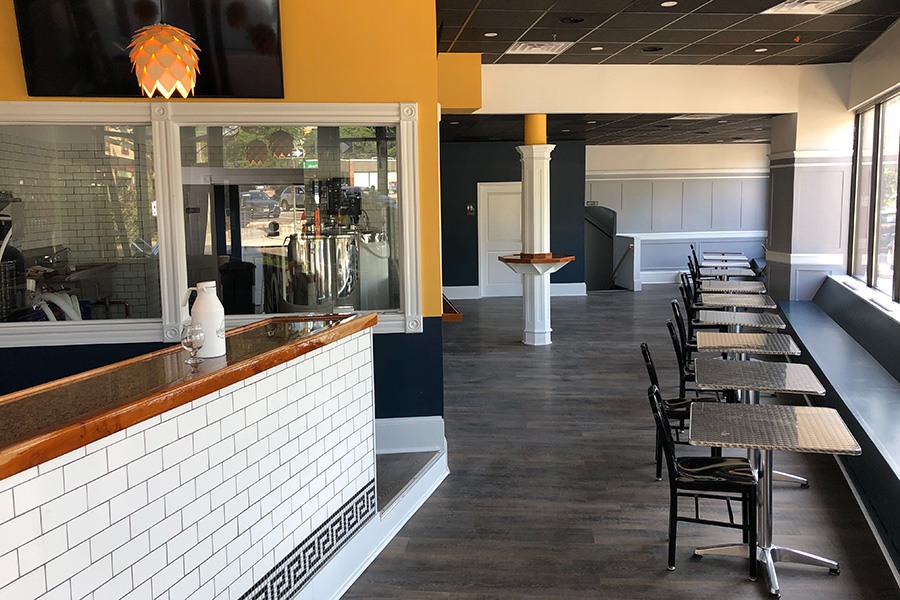 Nearly two years since the residents of Roslindale learned they would get a brewery to call their very own, Distraction Brewing Company is now in business. The taproom quietly opened Saturday, Oct. 19, with a quartet of house-brewed beers, and is now open Thursday-Sunday every week.

Distraction Brewing Co., a startup by a trio of dads from Roslindale and West Roxbury, flipped the “open” sign at 11 a.m. on Saturday, alerting Facebook followers to the news during Roslindale Open Studios weekend. Thirsty neighbors kept the place busy on Saturday and Sunday; Distraction hit its 66-person capacity a few times throughout the weekend, which forced a short line to form outside the entrance along Belgrade Ave. Cofounder Patrick French says his team is working with the city to potentially increase the taproom capacity to just over 80 people in the near future.

The 1,600-square foot, family-friendly taproom has several tables and chairs, running the length of the triangular space along a hand-built wooden bench. A standing drink rail overlooks the 10-barrel brewing system, and there is an additional standing area around a weight-bearing pole near the back of the taproom. Guests order beers from a standing bar up front, which is beautifully tiled and topped with shiny, shellacked brewing grains. Modern light fixtures look like hops, and a digital menu board keeps the draft list up-to-date.

To start this past weekend, Distraction was pouring RoslinPale Ale, a crisp and clean pale ale clocking in at 5 percent alcohol-by-volume; a classic, malty, and subtly sweet brown ale called Bank on Brown (5.5%); a tropical fruity, hazy and smooth 7% New England IPA called Hoppily Distracted; and a spicy, bright, and strong brew called Belgrade Tripel (9.3%), made with features of two classic Belgian styles, a tripel and a wit. Coming soon, brewer Mike Estey will debut Parkway Porter, and Doubly Distraction DIPA as well.

So You Want to Live in Roslindale

All beers are served as 6- or 12-ounce pours. In the coming weeks, Distraction will begin to fill its own custom-branded 32-ounce growlers of beer to-go, as well.

Besides the ground-level taproom, Distraction has 2,000 square feet of space in the former basement vaults of the one-time bank it calls home. That space will eventually be used for aging beer, French previously told Boston.

But for now, it’s all about getting started for Distraction Brewing Company. “[We] want to make sure we’re pacing ourselves appropriately,” says French, who owns and operates the place with Estey, Justin Garnache, and their wives JoAnna French, Lora Estey, and Lauren Peter, along with business partner Ren Layne. The taproom reopens Thursday, Oct. 24, and Friday, Oct. 25, from 4-10 p.m.; Saturday from 11 a.m.-10 p.m., and Sunday from 11 a.m.-8 p.m. It will eventually be open on Wednesdays as well. Follow @distractionbeer on Instagram and Facebook to keep up with the hours and other news.

While Distraction is Rozzie’s first brewery, it’s not the neighborhood’s first beer hall. The historic substation in the heart of Roslindale Village has hosted a bustling bar scene since Trillium Brewing Company moved in for a few months in late-2017 and early 2018, and it’s now the permanent home of a beer hall by Turtle Swamp Brewery of Jamaica Plain. 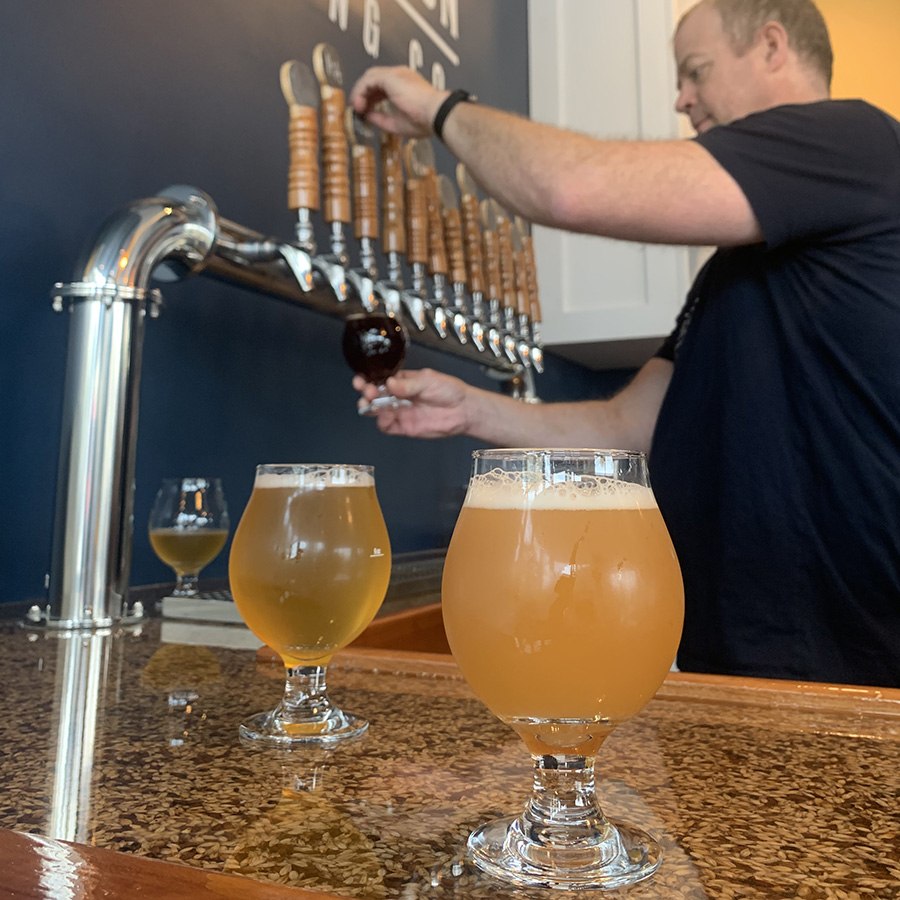 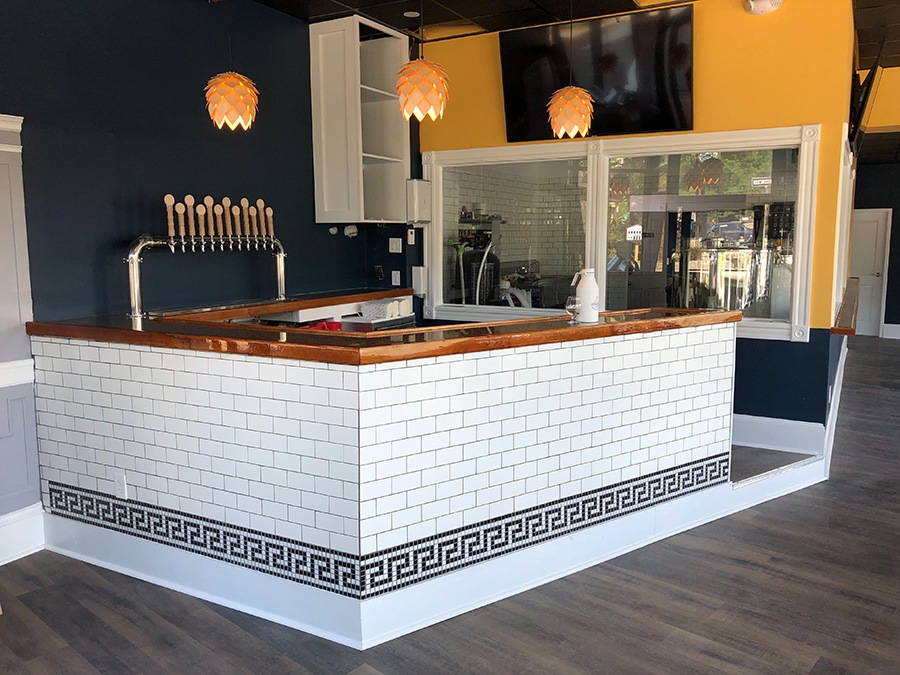 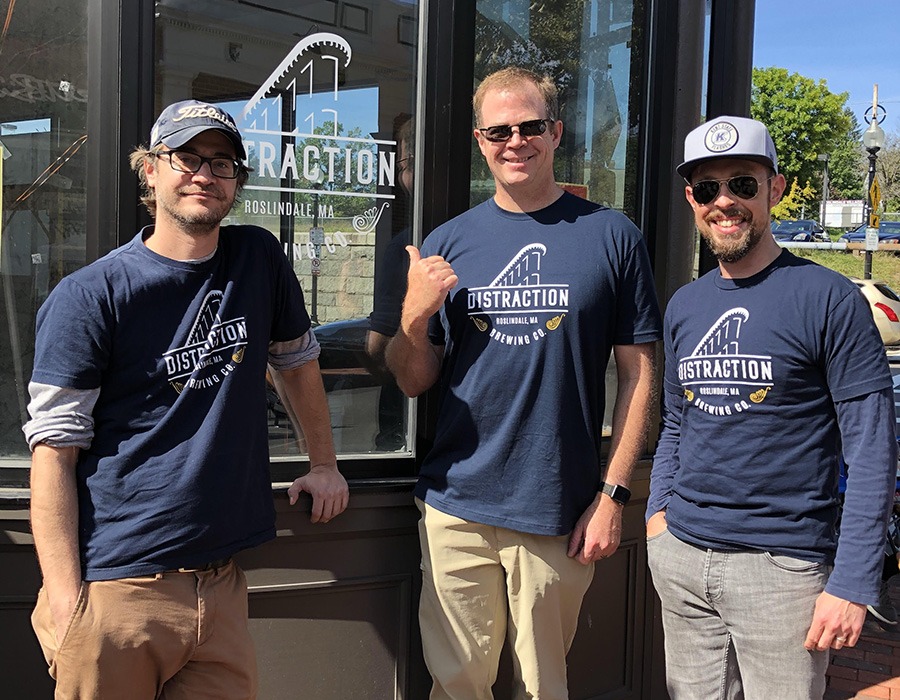