Check out the menu at the latest spot from the team behind Moody's Delicatessen. 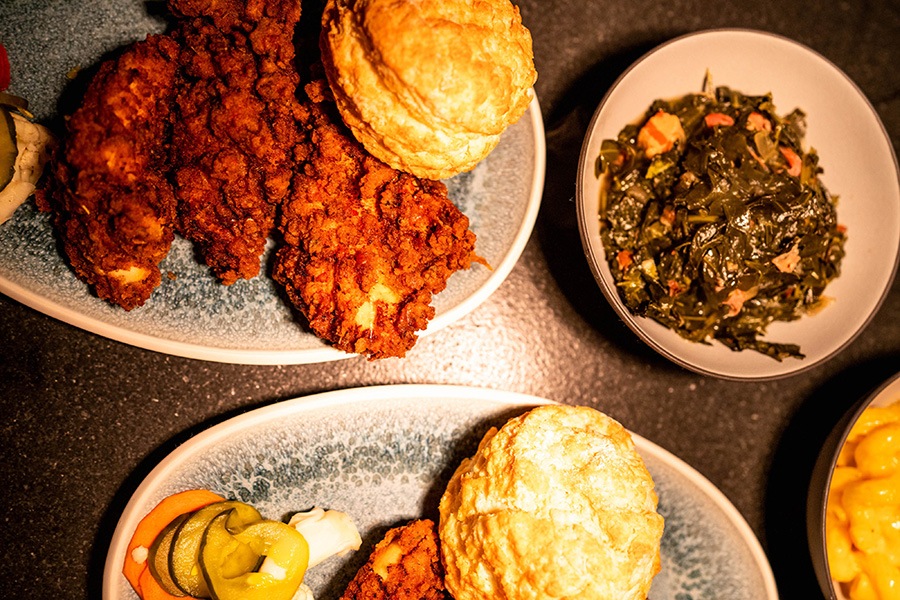 The newest restaurant on Waltham’s “restaurant row” celebrates a universal pleasure on its menu: Fried chicken rules the roost at Pollo Club. The latest from the team behind Moody’s Delicatessen and the Backroom, the soul food spot softly opens tonight next door to big-sister Backroom.

Pollo Club takes over the Moody Street space that housed the short-lived taqueria, El Rincon de Moody’s. Since the taco shop shuttered in early 2019 after six months in business, founding chef Joshua Smith left the Moody’s company, which is built on the New England Charcuterie empire and is now solely owned by a silent cofounder. Alex Hage (Ostra, L’Andana) is now director of operations, and executive chef Jeff Howe (Teatro, L’Andana) oversees the revamped Moody’s Backroom menu as well as the fowl-fueled fare at Pollo Club.

Check out Howe’s new menu below. It’s centered on (mostly) fried chicken options, including crispy tenders, bone-in pieces of white or dark meat, and rotisserie chicken, served with a choice of two house-made sauces such as honey butter, and Korean gochujang-spiked ketchup.

Plates come with a house-made buttermilk biscuit, but you can make it a meal with a range of “snacks.” The sides-slash-small plates range from soul food-style classics like hush puppies, country collard greens, and mac and cheese, made here with gruyère and “a kick;” to fresh creations like a salad of beets and pickled mango. Vegetarians and gluten-free diners will find options like a vegan tofu banh mi, and gluten-free black eyed peas with garlic toast. In the coming weeks, the new neighborhood spot will start to offer takeout, too.

The small space is casual, with a focus on a fun and vibrant bar program. Alongside four thoughtful options for beer on draft, there are a dozen by-the-can and bottle options, and wines across the spectrum by-the-glass and bottle. Colorful cocktails and mocktails use fruit, fresh herbs, and shrubs to make for interesting drinks like the Ruby Wave Fizz, with tequila, blackberry, lime, persimmon bitters, and aqua faba, a vegan-friendly egg substitute for making frothy fizzes; Jack & Mare, with honey bourbon, ginger, blood orange, and lime, garnished with a house-made sponge candy; and the alcohol-free Bite Back, a strawberry-peppercorn shrub cut with club soda.

Pollo Club accommodates 25 people at a mix of dining tables, bar seats, and lounge-style seating. The redecorated room accents sleek black with pops of gray, white, and bright yellow, as well as a striking mural by artist Sam Malpass.

Pollo Club quietly hosted friends and family this past weekend, and a grand opening is planned for Tuesday, Oct. 29. It’s open Tuesday-Saturday for dinner. 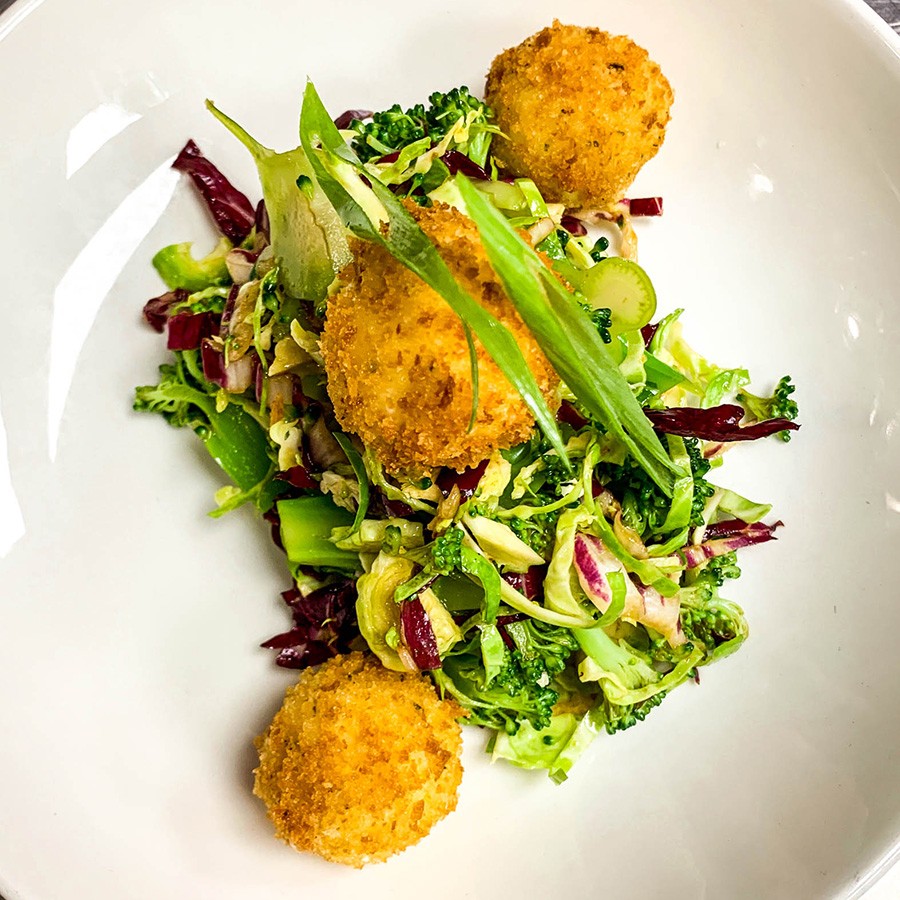 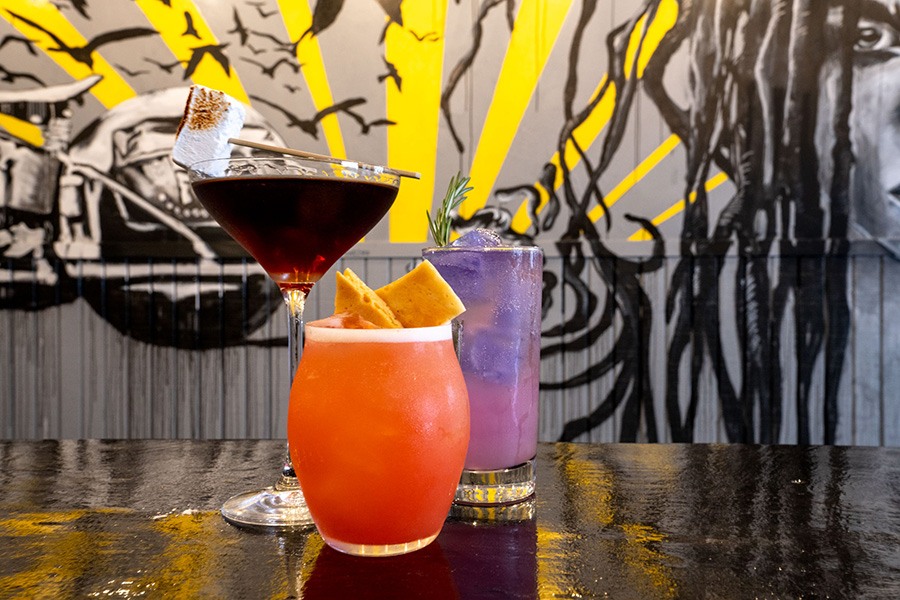 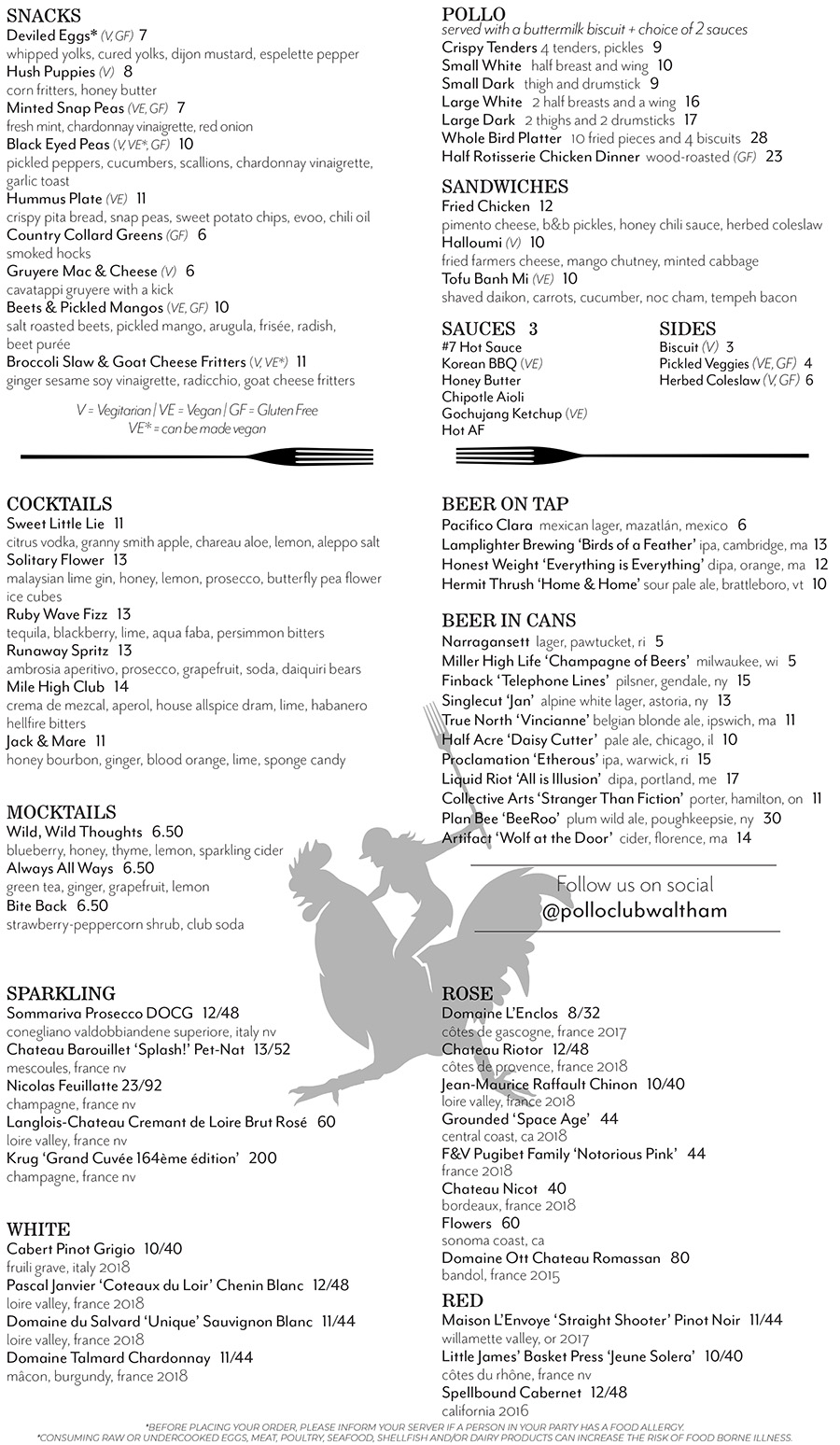