Kobe Doan will show off his signature macarons and more on Holiday Baking Championship. 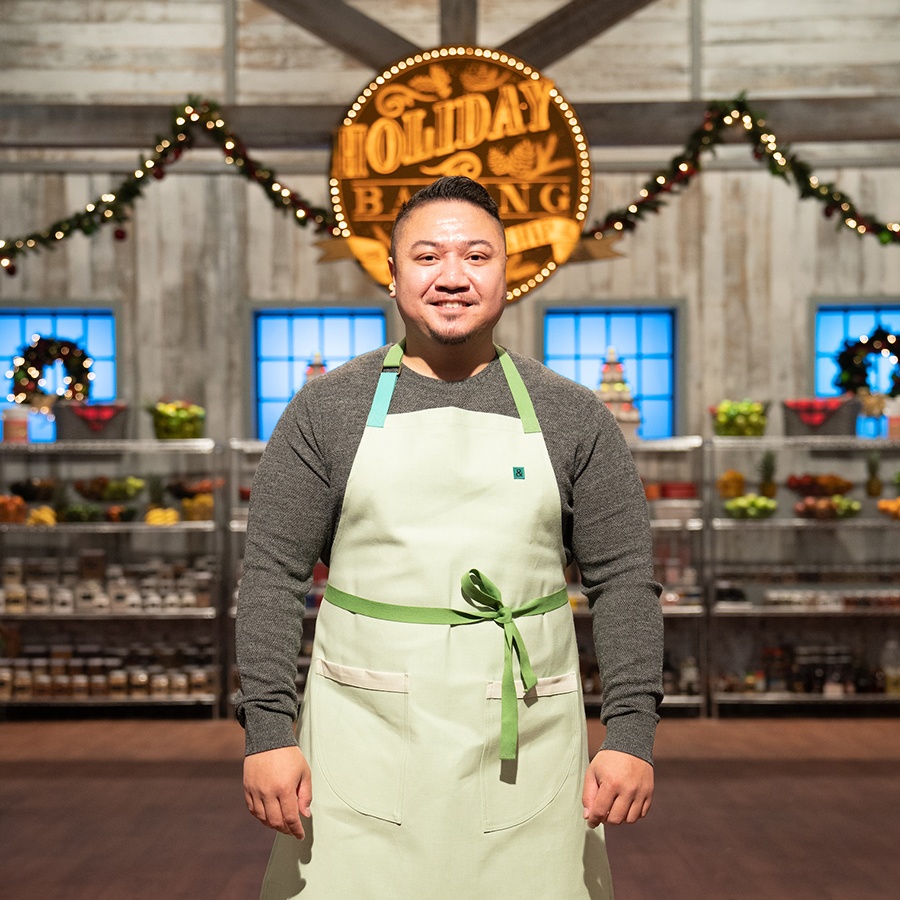 Kobe Doan loves to see his friends and family enjoy his cooking, and since he can’t always share tastes of his food with everybody, he shares photos of it on Instagram. Now—because of the home cook’s eye-catching social media posts—Doan gets to share his creations with the Food Network audience: He’s one of 10 bakers competing on this season’s Holiday Baking Championship, which premieres Monday, Nov. 4.

Along with Magnolia Bakery general manager Sarah Wallace, Doan is one of two Bostonians competing on the sixth season of the seasonal Food Network tournament. Locals have fared well in the past two seasons of the show: Josh Livsey, Harvest restaurant’s executive pastry chef, was a Holiday Baking Championship finalist in 2017, and Bay Stater Douglas Phillips made it to the finals last year—and then won.

It’s “a dream come true” to have the same opportunity, says Doan, who is an insurance credential specialist by day at a local dentists’ office. He grew up watching Food Network and cooking for his sister while his mom worked, but he’s only been baking for about two years. He’s starting to explore getting licensed to sell his creations, but at this point he just bakes for family and friends. He’s obsessed with making macarons lately, because of the challenge the delicate cookies present, and also because of their limitless flavor combinations, he says.

Doan first tried to make the French classic on the suggestion of a colleague who has celiac disease—the treat is gluten-free, too. When he brought the dentist his first attempt at strawberry macarons, “She asked me, ‘Do you know what Ladurée is?'” Doan recalls. Ladurée is a 150-year-old Parisian bakehouse, and one of the world’s best-known macaron sellers, but Doan didn’t know that at the time. “She says, ‘Yours definitely superior to theirs.'”

Doan likes to use the deceptively simple sandwich cookie as a vehicle for experimenting with new flavors, from the odorous fruit durian, to savory combinations like Brie and fig. But he’s made other ambitious pastry projects, too, like a five-spiced cheesecake with the maple bacon popcorn crust; a towering croquembouche; and a decorative yule log to celebrate his first Christmas last year with his in-laws. But one thing he doesn’t typically do? Eat his own food.

“My husband is my taste-tester. Judging by his facial expression, I’ll know it’s good,” Doan says. It’s because Doan is his own worst critic, the baker says. For that reason, he does not plan to watch his television debut. “My friends and family, they’re probably going to watch it. But I’ve been there. I’ve done the challenge. I think that’s enough for me,” Doan says, laughing. “I’ll have everybody tell me what [they] think.”

But he knows it’s going to be a great competition. “I went in thinking I’m going into compete with other people, but then it became something so much bigger. The contestants, they’re all amazing people,” Doan says. “We became so close so fast, and it made the competition even harder for me because I feel like I’m competing with family. There was no bickering, there was no arguing, everybody was helpful. We all agreed that we were just challenging ourselves, because it was pointless to challenge each other because everyone’s so good.”