Get a free first taste of the new "peculiar little wine nook" from chef Tim Maslow and team. 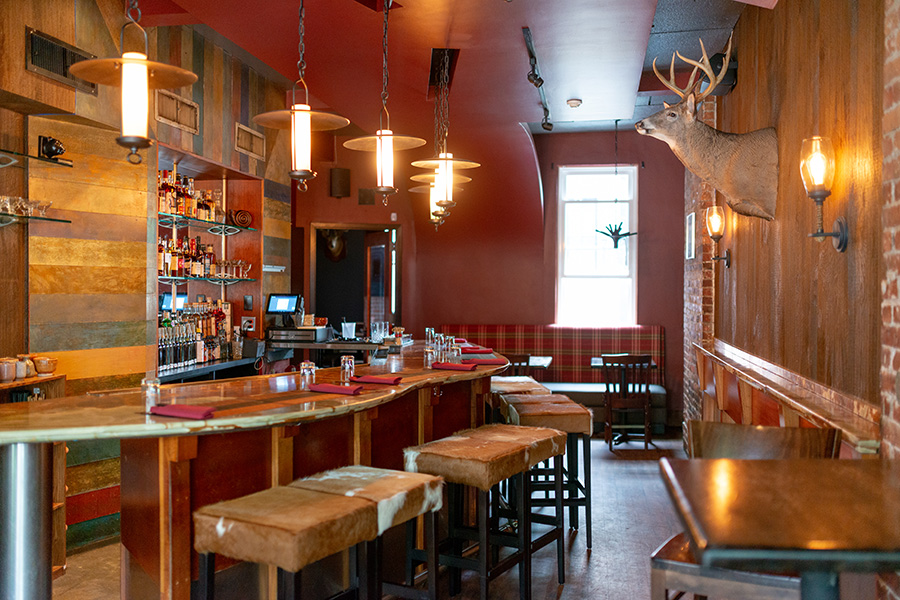 Bree Waldt, who previously worked at Maslow’s Ribelle in Brookline, is choosing the wines, which will all be priced at $13, Maslow says. He’s working closely with chef de cuisine Matt Hummel, with assistance from another Whaling cook, to create a menu of around 12 items including oysters, house-made pâtés, cheese plates, marinated vegetables and salads, potentially a burger, and other “soulful food.” Le Canular will use Whaling in Oklahoma’s grill to char slices of A&J King bread, but otherwise, the hope is for the wine bar to be self-reliant with limited kitchen equipment that can fit behind its own bar, Maslow says.

Le Canular—which translates to “the hoax,” and has a magical rabbit-out-of-the-hat theme in early social media—is filling in the South End space formerly home to Tremont 647’s Sister Sorel. Whaling in Oklahoma has been using the bar sporadically for overflow seating since it opened in August 2018; the vibe in the room contrasts Whaling’s airy pastels with darker, cozier wood paneling and textiles. (Originally, it had a Japanese hunting lodge theme, but the Le Canular team has removed the taxidermic animals.)

“We’re just finally doing something with that side, with a different menu,” Maslow says. “The hope is to have somewhere people can hang while they’re waiting” for a table at Whaling.

Le Canular awaits some new pieces of furniture, and guests can expect the menu to grow as it gets going, but the wine nook is now open Wednesday through Saturday from 6 p.m.-midnight. For a soft-opening on November 6 and 7, it has free snacks to share—and likely more tricks up its sleeve.