Attention All ’80s Babies: You Can Now Eat Breakfast with Tiffany 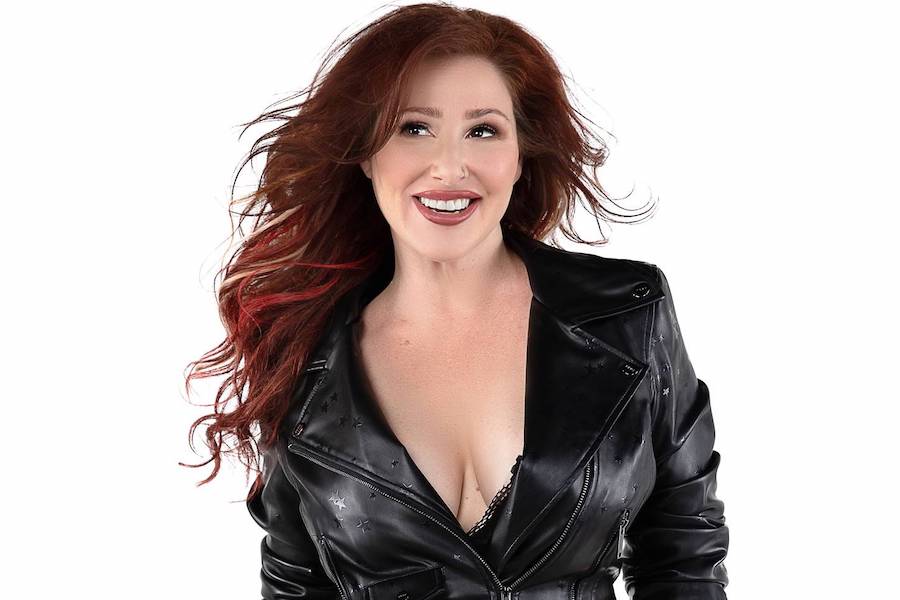 Dig into pop tunes and French toast during “Breakfast with Tiffany.” / Photo provided

Dust off your Day-Glo fanny pack, Champion sweatshirt, and other Reagan-era fashions that are inexplicably back in vogue—because Tiffany, the former teen-queen singer whose music may have dominated your Pocket Rockers back in the day, is back on the road and coming to Boston for a unique (and quite cleverly titled) brunch-service concert.

“Breakfast with Tiffany” goes down on Sunday, November 17. Instead of singing along into your crimping brush, you can now mouth chart-topping hits like “I Think We’re Alone Now” and “Could’ve Been” into forkfuls of lobster and brie omelets at City Winery’s 300-seat performance venue, which serves a full menu throughout shows. (Typically, dinner; this mimosa-soaked experience is pretty unusual.)

If Sunday brunch sounds like an odd setting for a Tiffany concert—well, fair enough. But it’s also oddly appropriate, considering that some of the performer’s earliest memories of singing were in her grandmother’s kitchen. “Everything happened in the kitchen,” says Tiffany Darwish—who, yes, does have a last name. (Just don’t expect us to use it again. Feels so wrong!) Growing up, she explains, breakfast-time at her grandmother’s home was “chaotic,” a time when everyone seemed to stop by for conversation—plus some biscuits, gravy, and bacon. “Everyone was always dropping in: the neighbors, the Avon lady, the mailman,” Tiffany says. “They would always end up at my grandmother’s, and she’d offer them coffee from the stove.”

Tiffany, meanwhile, was probably practicing singing along to the radio. In fact, her rendition of Cliff Richard’s “Devil Woman,” sung at age three into her Fisher Price tape recorder, later wound up on a 2008 limited-edition album of demos titled—what else?—Mimi’s Kitchen.

By age 16, when she became the youngest female artist to top the US albums chart, Tiffany had traded childhood singalongs in grandma’s kitchen for a national tour of shopping malls—an extremely-’80s marketing idea that was actually kind of ingenious, in terms of selling music to teenagers as if songs were acid-wash Sassoon jeans. (Her favorite mall food-court pleasure? “Orange Julius! I just had one the other day, when I was getting my nails done.”)

For “Breakfast with Tiffany” at City Winery, Tiffany, who has continued to regularly churn out new music, will perform plenty of material from her rock-oriented latest album, Pieces of Me—as she did during a separate stop at the Boston restaurant last week. (She also showed off some powerful pipes, which may surprise those who associate her with chirpy, grade-school pop faves.) Don’t worry, though: She knows what butters her bread, so the retro flavor will be in full effect. In fact, she’s just coming off a throwback-oriented “Mixtape Tour” that was headlined by the Boston boys (er, men) of New Kids on the Block, and also featured Debbie Gibson, Salt-N-Pepa, and Naughty by Nature.

New Kids member Jonathan Knight, who dated Tiffany back in their Tiger Beat days, was spotted bopping along in the front row at her last City Winery show in Boston. “He knew I love black olive-topped pizzas, so he’d order one from Domino’s when he wanted to talk to me,” recalls Tiffany of her favorite date-night dinners with Knight. “I thought it was the best thing in the world.”

Naturally, we had to ask a few more food-related questions of Tiffany—who was, after all, a finalist on the Food Network show Rachael vs. Guy: Celebrity Cook-Off. So, lightning round:

Her must-have snacks on the tour bus? “Cheez-Its, tons of medicinal tea—and Cup Noodles, if you really wanna know the truth.” (We do. We really do.)

Her wine pick? “Pinot noir.” (Red wine for the redhead!)

What does she keep in the recording studio? “Maker’s Mark or Jim Beam, beer, and champagne.” (Obvious essentials.)

Her go-to breakfast? “An American-style breakfast is fine, but what I really love is a spread of different cheeses, olives, capers, almonds.” (Fancy.)

And given that the ’80s was, arguably, the decade that dawned a whole new era of junk food—what’s Tiffany’s guilty pleasure?

“Not super exciting, but probably Peanut M&M’s,” she says. “What can I say? I like to keep it old school.”