Can Guy Fieri Make It in Boston? 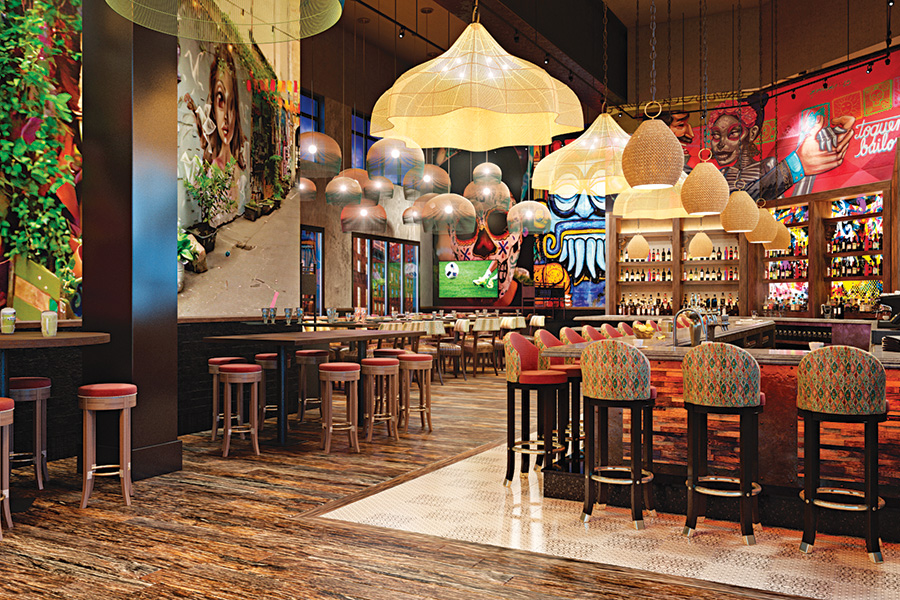 Mere months later, a very different kind of chef is trying to break into this notoriously tough-on-outsiders town: The Food Network’s “Mayor of Flavortown,” Guy Fieri, chose Boston to debut an eatery hawking margaritas and twists on Latin street food. Adjacent to TD Garden and housed within a posh new concert hall, Guy Fieri’s Tequila Cocina is his second venture with local hospitality group Big Night Entertainment, following a restaurant at Foxwoods. It won’t, he says, be his last. “We’re just getting started,” Fieri promises.

So why does Fieri—the man famous for loud bowling shirts, a two-toned goatee, and coining the term “Donkey Sauce”—think he’ll succeed where others have failed? He first credits his partners for being “well versed in the local scene. They know food, they know style, and they know how to throw a party.” But Fieri has also spent plenty of time in Boston: He’s filmed several episodes of Diners, Drive-Ins and Dives here (then-Mayor Tom Menino made a cameo in one), and has hosted an annual charity tailgate with Tom Brady for years.

Besides, public opinion has been more favorable to Fieri recently. After years of seeing the misdeeds of powerful men, including chefs such as Batali, exposed as part of the #MeToo movement, Fieri’s chief sins—that he’s unabashedly enthusiastic and dresses like the frontman for a Sugar Ray tribute band—have been put in perspective. And perhaps most important of all in a city that turns up its nose at newcomers, he has endorsements from respected locals. “He can cook!” says Ken Oringer, the restaurateur behind Toro and other hot spots. “Food snobs are exactly that: food snobs. When I go out, I want a great time and to eat some fun, tasty food.”

And that’s exactly what Fieri promises to deliver. “I’m working to give Bostonians something they’ll dig,” he says. “But hey, if you don’t like tacos, tequila, live music, the Celtics, or the Bruins, I guess it’s not the place for you. I won’t be offended.”