The reigning "Best of Boston" bartender introduces a Yoo-hoo martini and more cheeky drinks to the club's Variety Bar. 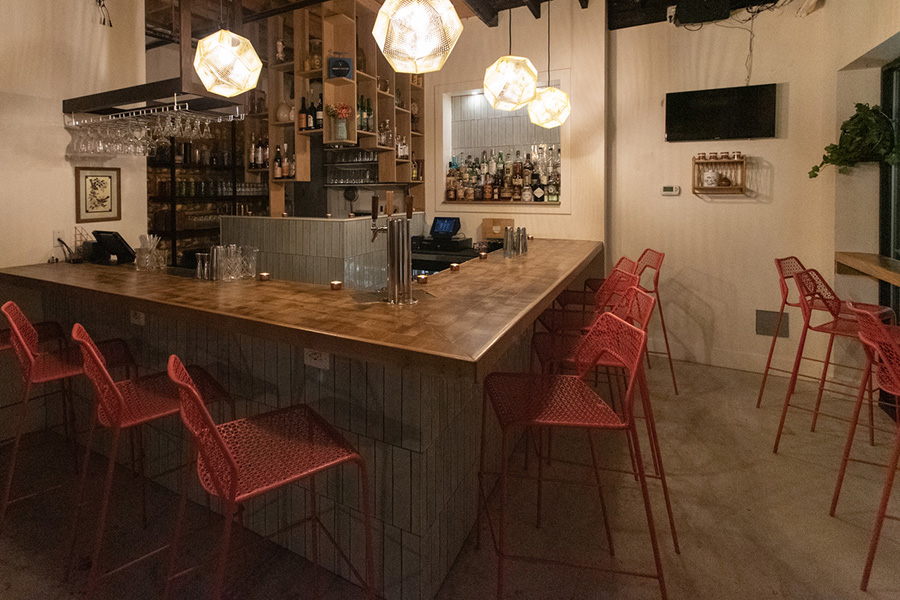 It takes serious bartending chops to pull off a drink that uses vermouth infused with Gouda (yes, the cheese)—but it also takes a sense of humor. That infusion—the key ingredient of the now-signature Cacio e Pepe martini at Better Sorts Social Club—is the brainchild of Best of Boston bartender Naomi Levy, who is continuing to flex her skills in both drink-making and levity with her latest gig: Levy is revamping Variety Bar, the cocktail bar co-located with the Comedy Studio at Bow Market. (You don’t need to see a show to grab a bar seat.)

The Somerville bar opened in September 2018 as a new endeavor for the Comedy Studio owners Kirsten Sims and Rick Jenkins, who moved the club to the second floor of Bow Market from its longtime home at Hong Kong Restaurant in Harvard Square. Since then, it’s served up, well, a variety of libations to complement the top-notch talent in the room next door.

“So far it has really operated as more of an amenity to the comedy club, which is great, but there’s a wonderful opportunity to have it be a great bar you want to go to whether you are going to a comedy show or not,” Levy says. “It’s a really fun space, and we’re playing that up with the new beverage program.”

A six-year alum of Eastern Standard, Levy earned a Zagat 30 Under 30, StarChefs Rising Star, and more acclaim as she led the iconic Kenmore Square bar program. Prior to joining Jackson Cannon’s stellar staff in 2010, she was on the opening team at Hungry Mother. Levy is a fixture of mixology competitions and festivals around the country, and she runs a corporate consulting company called Beyond the Mixing Glass that is rooted in hospitality. She is also behind Boston’s only Hanukkah pop-up, Maccabee Bar, which is taking over Backbar for two weeks in December. 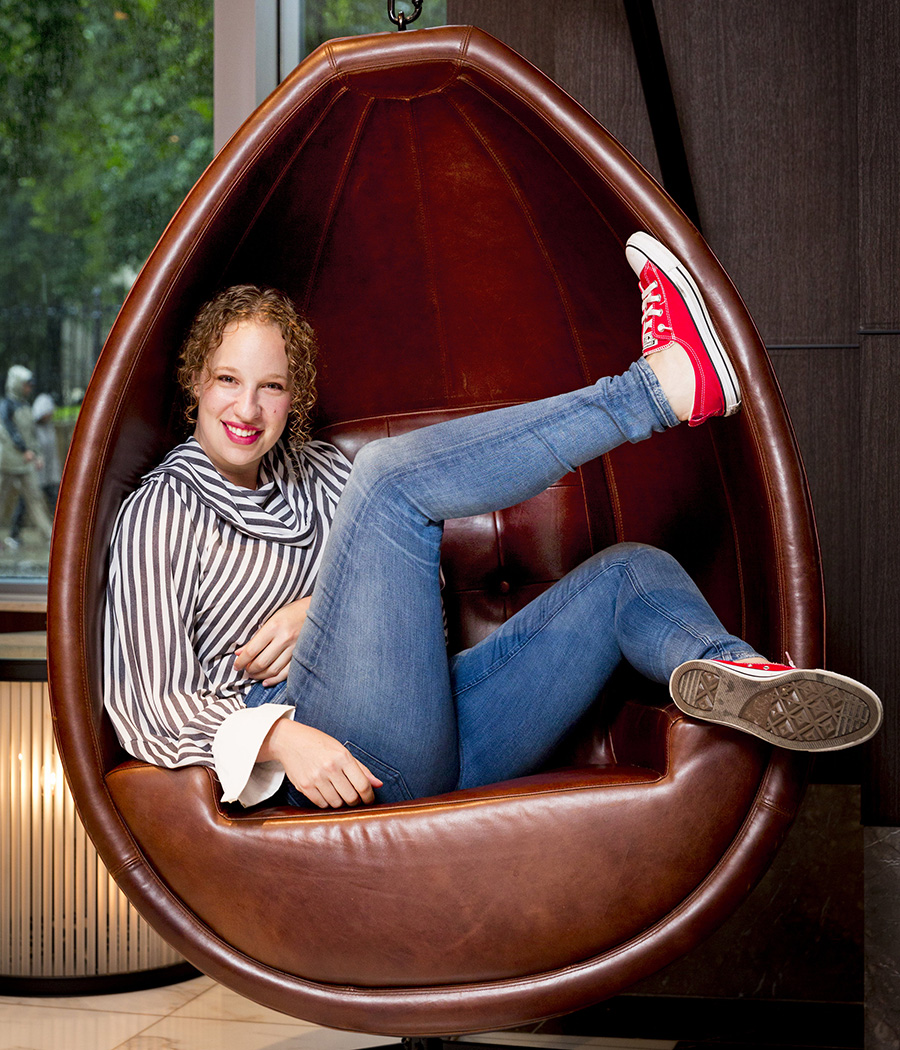 But back to that sense of humor. To complement the overall vintage-kitsch vibe of Variety Bar, Levy has created a slew of new sips and lovably low-brow snacks. Think: a Yoo-hoo espresso martini (!), a drink served in a Capri Sun-style pouch, something called “the Spicy Tequila One,” and the Deli, Old-Fashioned, made with rye whiskey, caraway and dill-scented Aquavit, and a “pastrami” syrup, spiced with black pepper, coriander, red pepper flakes, salt, and mustard seed.

Levy is also revamping the canned beer and wine selection, and has curated “a mini bar’s worth of munchies” for Variety Bar’s first-ever snack menu. Guests can still bring in food from any of Bow Market’s awesome vendors, but they will also be able to choose from the likes of white cheddar popcorn, Cup Noodles, and even bowls of cereal.

“I’ve been joking that the menu is inspired by being broke and stoned at 2 a.m.,” Levy says, laughing. “That’s the vibe of the food menu.”

That doesn’t mean she’s not taking it seriously. “We will make you a serious cocktail,” Levy says, adding that a full range of classics will also be available at what’s being rebranded as “the highest standard, lowest brow” bar. The fun, nostalgic, easy-going creations are crafted to be as much of a draw as the Comedy Studio’s nightly shows, which have over the years helped propel comedians like Eugene Mirman, Ali Wong, and Sarah Silverman.

The Comedy Studio is “so great at what they do; they’re the reason every comic who comes to town calls Rick,” Levy says. “We’re just going to give [guests] the full experience that they deserve.”

This is a consulting role for Levy, who left Better Sorts Social Club in September. Levy will be a regular presence at Variety Bar for the next six months or so, and drinkers will also find her at the nearby Macabee at Backbar on Mondays, when Variety Bar is closed.

Variety Bar will continue to serve its current menu through Saturday, Nov. 23, then will close for a few days before reopening with Levy’s new menu on Friday, Nov. 29. 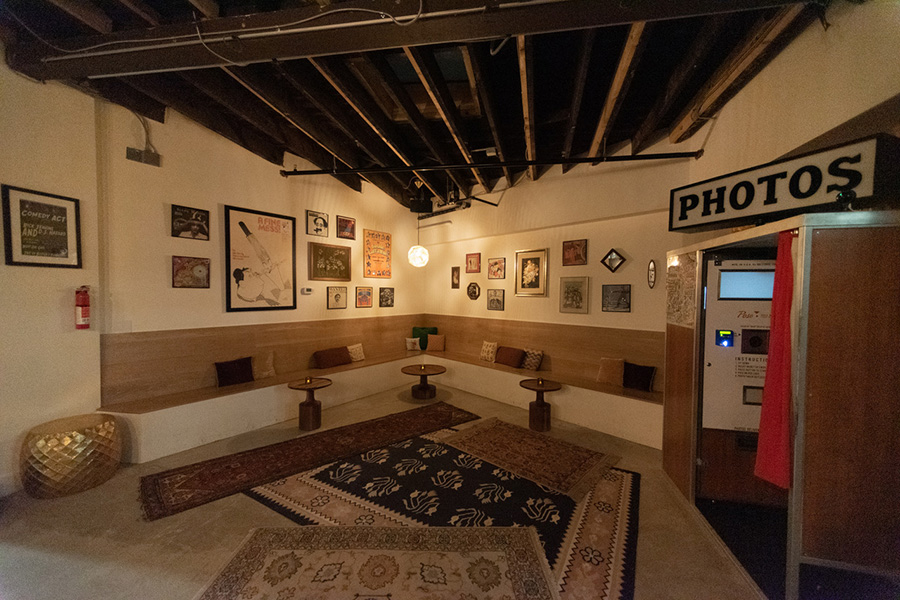