Get ready to eat all of the gumbo (and bourbon pecan pie) when the restaurant opens in Downtown Crossing this winter. 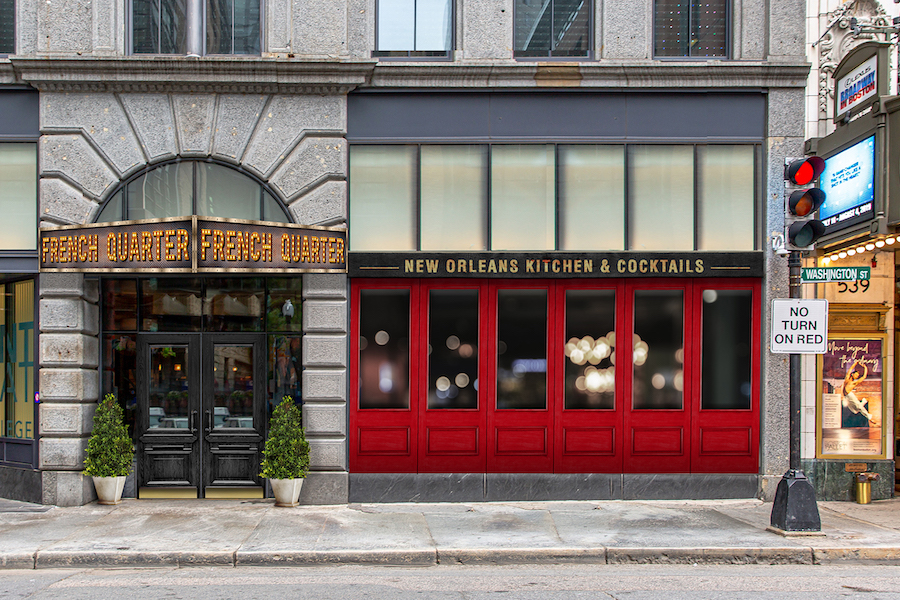 UPDATE, Tuesday, February 25: Just in time for Mardi Gras, French Quarter has softly opened in downtown Boston. Dinner only is on now through Sunday, March 1, before the upstart takes two days off; it reopens with lunch and dinner daily on Wednesday, March 4. Check out the opening menus at the bottom of this post.

If a trip to New Orleans sounds like a nice way to brighten your Boston winter—well, maybe a jaunt to Downtown Crossing will do. Because chef Paul Sussman is preparing to open French Quarter, a Big Easy-inspired restaurant, and the inaugural menu—shared here first—is packed with gumbo, BBQ shrimp, crab meat-topped fried catfish, and other Crescent City signatures.

“It’s the kind of food I’m comfortable with: hearty, with big flavors,” says Sussman, who will open French Quarter at 545 Washington Street, just steps away from his other, American-cookout concept, Back Deck.

Although several generally Southern restaurants have cropped up in Boston in recent years, spots that specifically identify as New Orleans-rooted—culling ideas from the city’s native Creole and Cajun traditions—are still “underrepresented,” Sussman says. One particularly notable entry in the category is Buttermilk & Bourbon, a Back Bay restaurant from chef Jason Santos. But while Santos, a blue-haired food TV vet, tends to put his own quirky spins on New Orleans staples, Sussman is interested in hewing more closely to the classics.

“Jason’s a great chef, but those are his interpretations,” Sussman says. “I’m not as interested as I might have once been in putting my own stamp on things.” That said, he doesn’t want to refer to his renditions as “authentic”: “Everyone has a different idea of what that really means.” 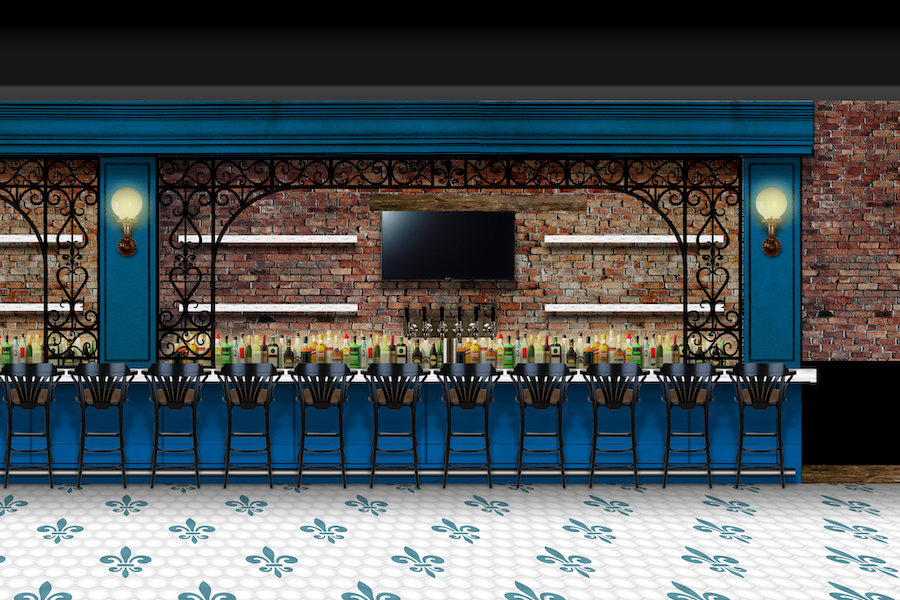 At least we can all probably agree that the current offerings sound quite craveable. French Quarter will be open for dinner and lunch. The menu features small plates such as maque choux, a creamy stew of corn, pepper and tomatoes; seafood-heavy mains that include shrimp etouffee, blackened salmon with a Cajun mustard sauce, and crawfish with linguine; and desserts like bananas foster and bourbon pecan pie.

The lunchtime lineup cherrypicks some plates from the dinner menu, but adds a slew of sandwiches—from fried oyster-, chicken-, or catfish-based po’ boys, to the meaty muffuletta. Sussman plans to debut weekend brunch down the line, by augmenting the lunch menu with breakfast specials. And considering French Quarter’s Theater District address between the Opera House and Paramount Center, Sussman hasn’t ruled out some pre- or post-theater specials, either.

French Quarter, which takes over the space that formerly belonged to Italian restaurant Salvatore’s, will get a new look from Assembly Design Studio—the same interiors firm behind a number of eye-catching Boston restaurants, most relevantly Buttermilk & Bourbon and Bootleg Special, a South End destination for Southern-style seafood boils. Sussman doesn’t want to give away too many details, but expect lots of reclaimed wood, fleur-de-lis floor tile, an impressive chandelier, and other antique furnishings in a 110-seat dining room. That capacity includes a 25-seat bar backed by an exposed brick wall, where Sussman’s son Isaac, the beverage director at beloved Trina’s Starlite Lounge in Somerville, will design a cocktail menu focused on New Orleans favorites like the Hurricane—as well as Bayou State craft beers, pending availability.

Is your appetite sufficiently whet? If not, check out the menus below. 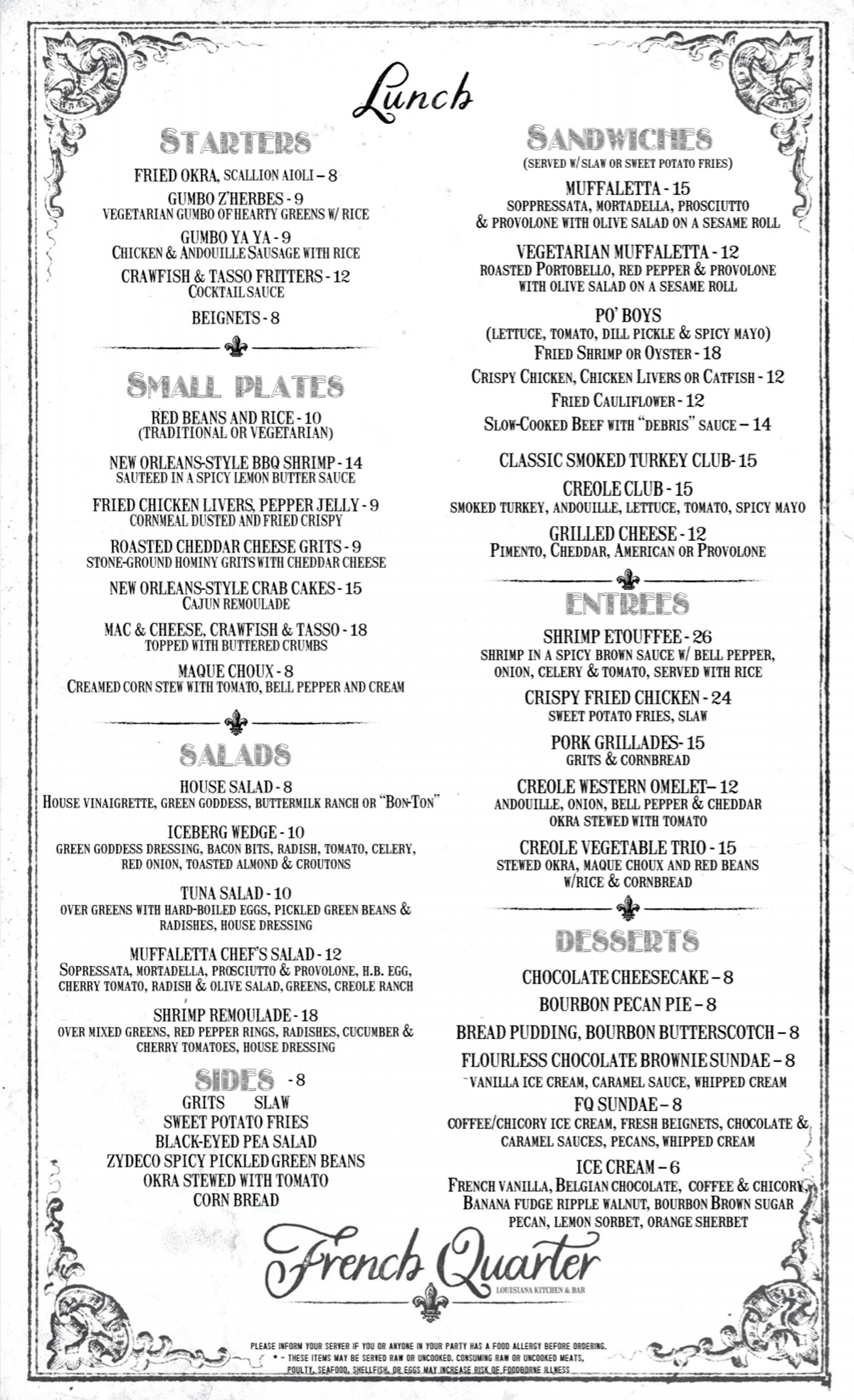 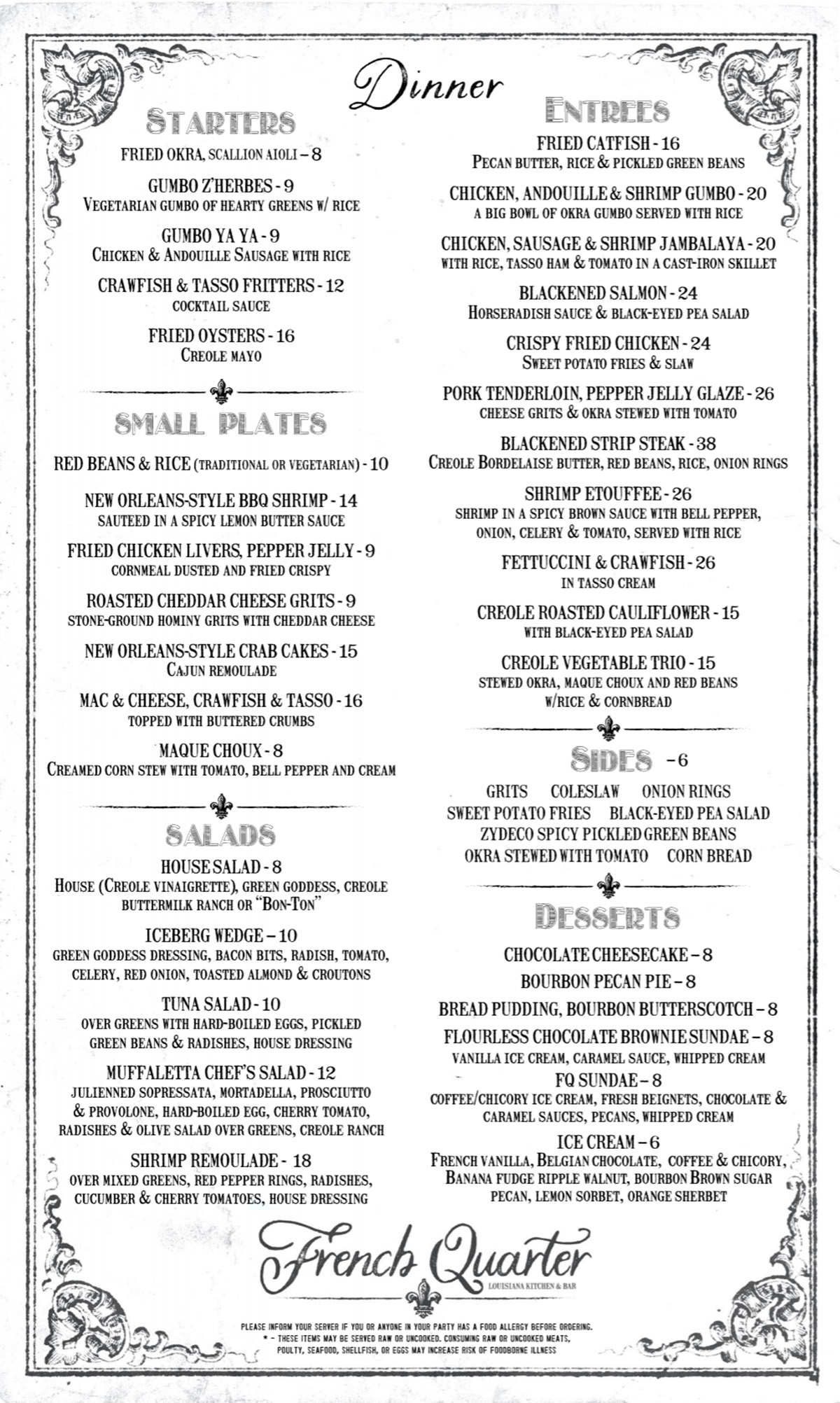 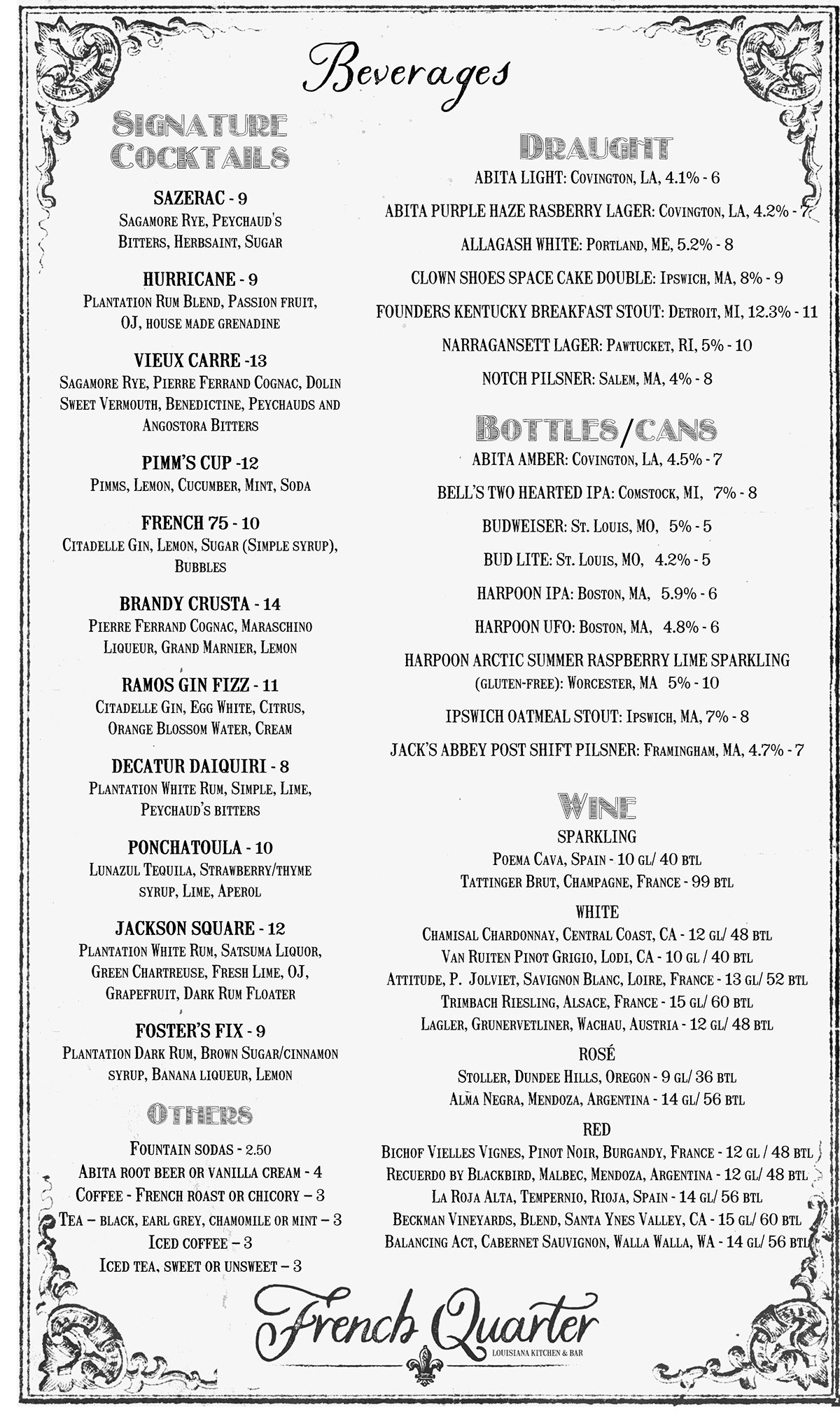