The Baseball Tavern Will Close, but Plans to Reopen in New Fenway Development

All that ivy-covered brick will be demolished, but the bar will live on inside a shiny new building on the site. 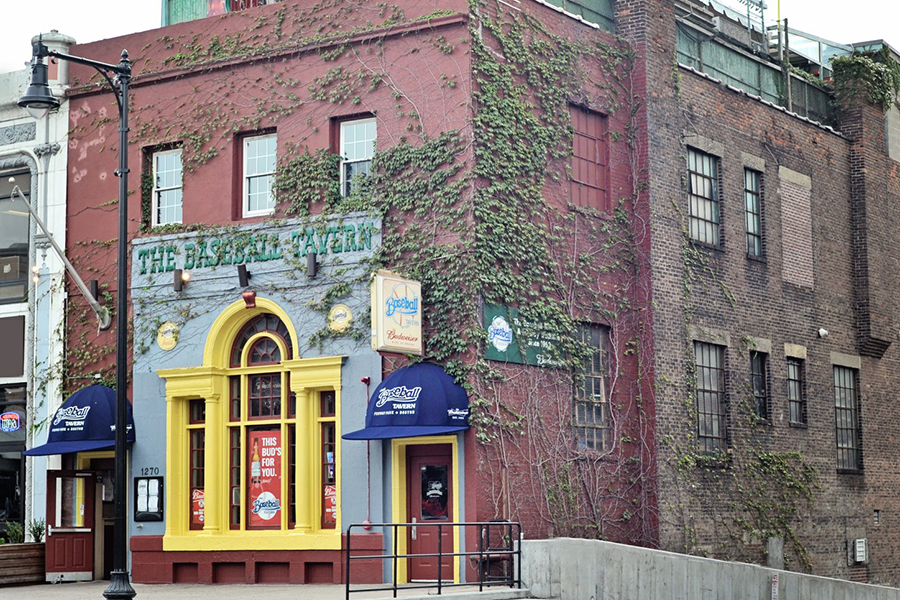 Photo courtesy of the Baseball Tavern

A beloved relic of the old Fenway neighborhood is not long for the shiny, new world: The awning-capped, roof-decked Baseball Tavern will soon close its iconic four-floor pub across from the ballpark. But consider this a kind of sacrifice bunt: The Baseball Tavern will eventually move into the new building that’s replacing its current ivy-covered brick bar, says owner Jimmy Rooney.

An end date for the current Baseball Tavern is open-ended, but Rooney says the place has seen its last Red Sox season. He expects construction to begin (or, demolition to occur) around the end of February.

Rooney, whose father opened the Baseball Tavern at a different Boylston Street location in 1963, has been involved with the business for 40 years. “It’s bittersweet,” he says, “but it’s exciting at the same time.” Rooney is excited about the new development, and promises “we’ll still have a Fenway vibe.” Rooney hopes to remove the baseball cap awnings and the Budweiser-branded sign and install them in the new bar, he says. The future Baseball Tavern won’t have a roof deck, he adds, but it will have a street-level patio. The Fenway just lost another popular roof deck: Tony C’s Sports Bar closed at the beginning of December.

The Baseball Tavern will be the only holdover of the current block once the new development moves in, Rooney says. Scape North America has proposed a 477-unit apartment building and ground-floor retail for the 1252-1270 Boylston Street block. Mainstay gay bar Machine is on the chopping block, but Scape’s revised plans call for a not-for-profit, LGBT-focused performing arts venue called Boylston Black Box.

Scape is the same developer redoing the blocks in Davis Square that will affect, but not shutter, the Burren. The future of other nearby Somerville businesses including McKinnon’s Meat Market, Sligo Pub, and Dragon Pizza, however, remains uncertain.

Both Boston-area Scape developments were initially proposed as privately owned student housing, but based on public feedback, both have been revised to welcome a broader demographic, the Boston Globe has reported.

So far, the developers been a good partner for the Baseball Tavern, Rooney says. “They’ve been great moving forward on this project for me. It’s bittersweet, but I’m going to be moving into a state-of-the-art place,” he says.

Stay tuned for more about the future of the Baseball Tavern, including a closing date for its current home base, and news about its next incarnation. In the meantime, the bar is open business as usual; Rooney is excited about the busy holiday events season, including New Year’s Eve.

“We are very grateful to everyone who has supported us over the years,” he says.

The roof deck won’t be open for these final weeks or months, but at least it should be easier to claim a stool now than it ever is during baseball season.