The fan favorites are part of an All Star season premiering in March on Bravo TV. 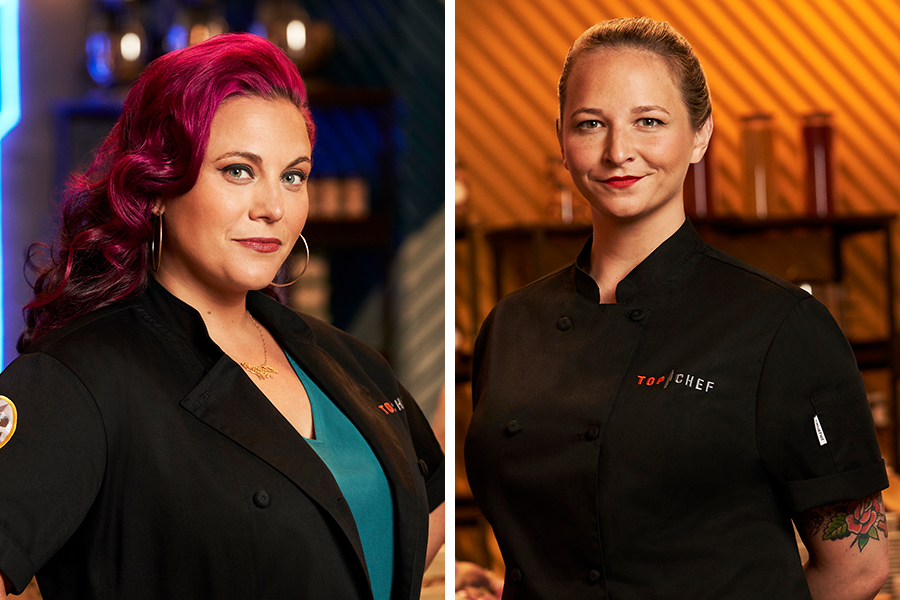 Top Chef returns to the airwaves in March 2020 with its second-ever “All Stars” season featuring returning cheftestants—and among the cast of 15 competitors are two Boston badasses: Karen Akunowicz, chef-owner of Fox & the Knife; and Stephanie Cmar, a longtime South End chef, former sous chef at No. 9 Park, and creator of one of Boston’s best-loved pop-ups, Stacked Doughnuts. The two women are part of what the show’s producers say is “the fiercest group of competitors the show has seen.” Check out the full cast list below. 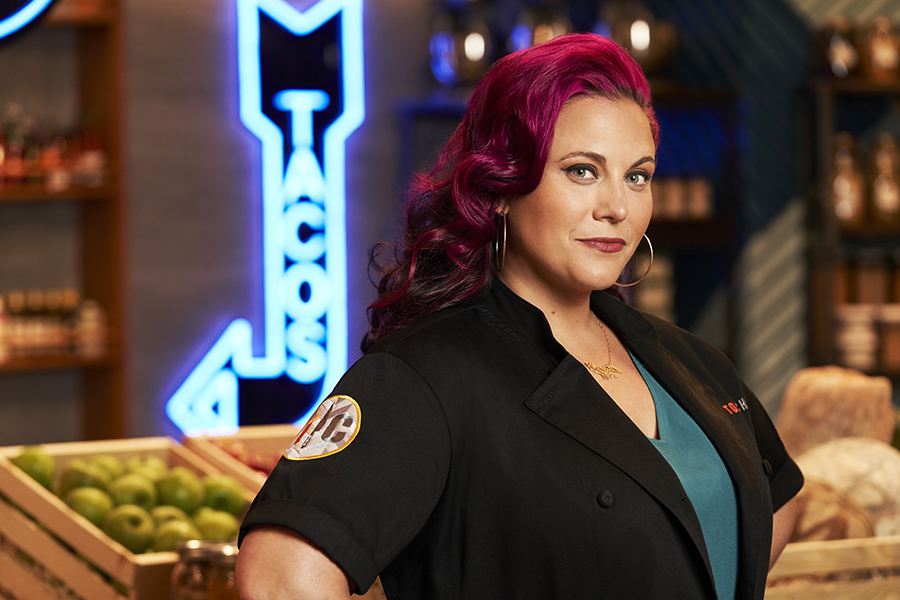 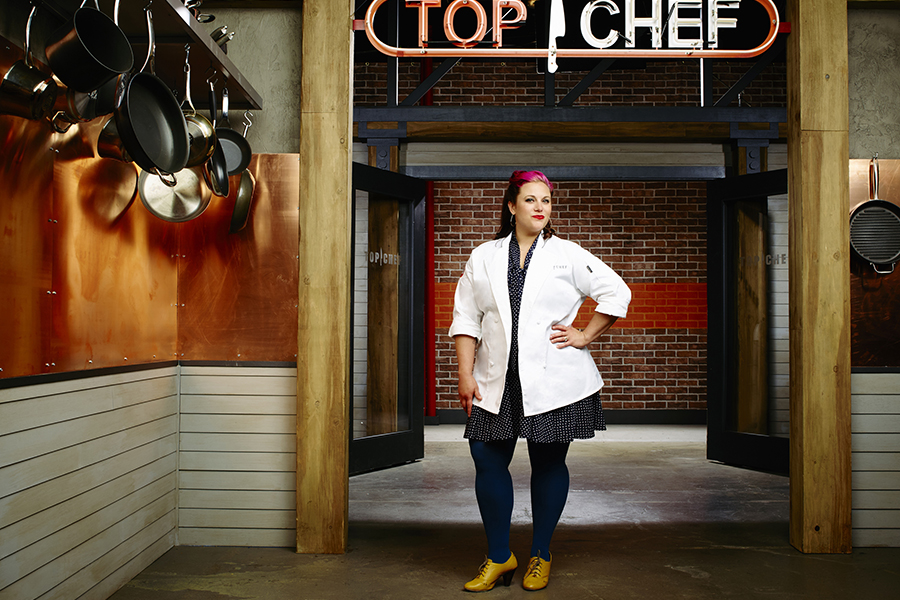 For Akunowicz, Top Chef: All Stars is a return to Los Angeles. The pink-haired chef originally competed on season 13 (California), when Top Chef switched up its traditional base-city format and traveled around the Golden State with several stops around Greater LA. At the time, Akunowicz was executive chef and partner at Myers + Chang; she was nominated for the Best Chef: Northeast award in 2015 and missed the awards ceremony because she was filming the show.

After an exceptional Top Chef run and a top-seven finish, Akunowicz returned to Boston and co-wrote her first cookbook with Joanne Chang, Myers + Chang At Home. She also earned the restaurant a 4-star Boston Globe review around its 10th anniversary, and she got her James Beard Foundation Awards Gala redemption: Not only did she attend the ceremony in 2018, but she took home the Best Chef: Northeast medal. The “fox” debuted her highly anticipated solo restaurant—an enoteca and apertivo bar inspired by her time in Modena, Italy—in South Boston in February, and has kept a national profile with accolades in Food & Wine and USA Today, an awesome Instagram account, and guest judging appearances on Top Chef. 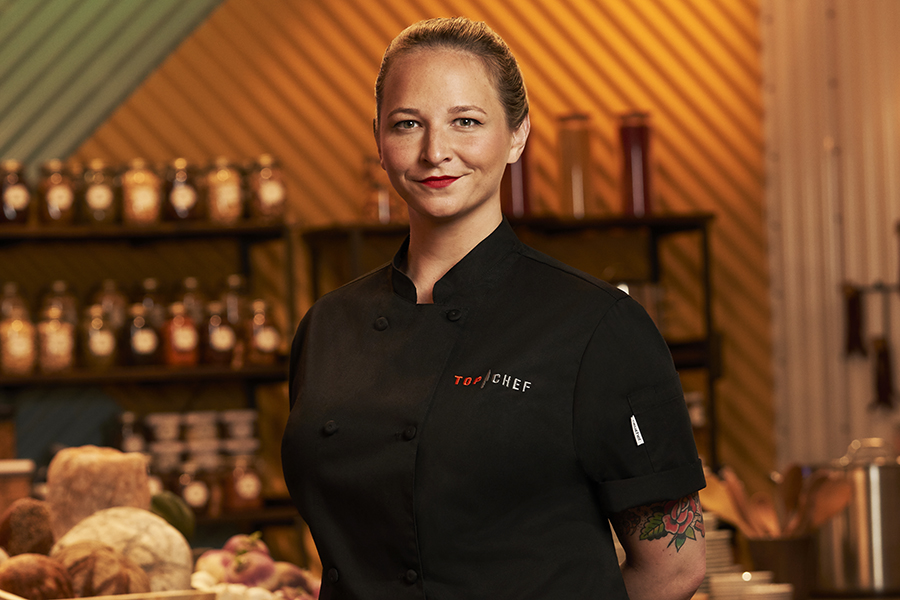 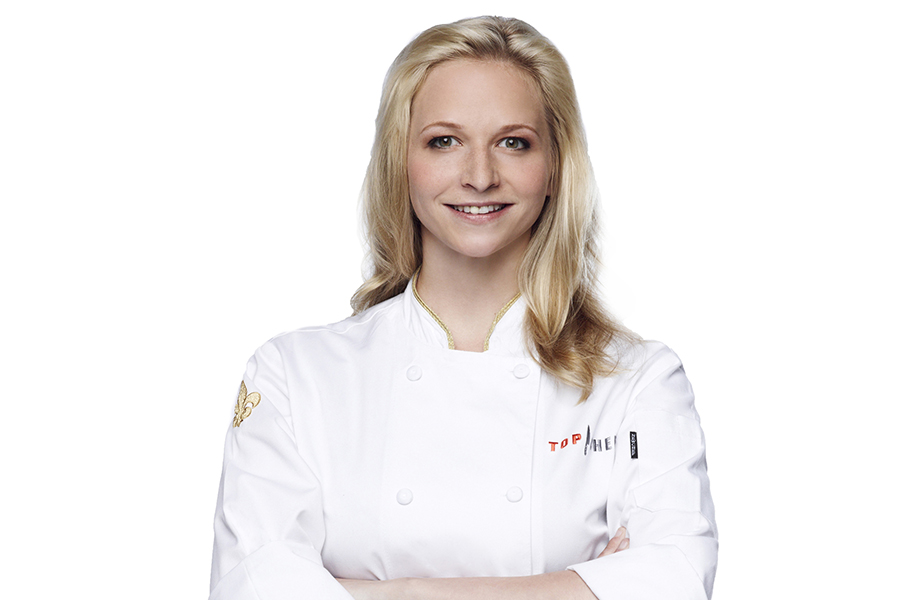 Cmar is a two-time Top Chef alum. She was cast in season 10 (Seattle), but even avid Top Chef fans might have forgotten: She was eliminated before the games really began in an experimental qualifying round-challenge. To add more drama, Cmar’s close friend, fellow Barbara Lynch protégé, and eventual season 10 winner, Kristen Kish was the one to knock her out. Cmar was present during the exciting season 10 finale, shown on TV seated with Kish’s family. The chef returned for herself to compete in season 11 in New Orleans (and thankfully, the qualifying round elimination did not), and Cmar eventually finished in 7th place.

The day she lost her chance to compete on season 10, Cmar wandered, dejectedly, into a Seattle doughnut shop, she previously told Boston—and it set the course for her next few years. Back in Boston, Cmar launched the year-ish-long pop-up, Stacked Doughnuts, in 2014. She also became a private chef, her current role, and did a stint as a pasta maker at SRV.

Both Akunowicz and Cmar are the only returning chefs from their respective seasons, but many memorable cheftestants are among the season 17 cast. Bryan Voltaggio is back, who was runner-up to his brother, Michael, in season 6. Season 1 semi-finalist and Last Chance Kitchen victor Lee Anne Wong returns for her third go-round; and last season’s finalist and one of People magazine’s “sexiest chefs alive,” Eric Adjepong, is back for potential redemption as well.