A second location of the Best of Boston taco shop will take over the Ink Block cocktail bar, which pours its final drinks this month. 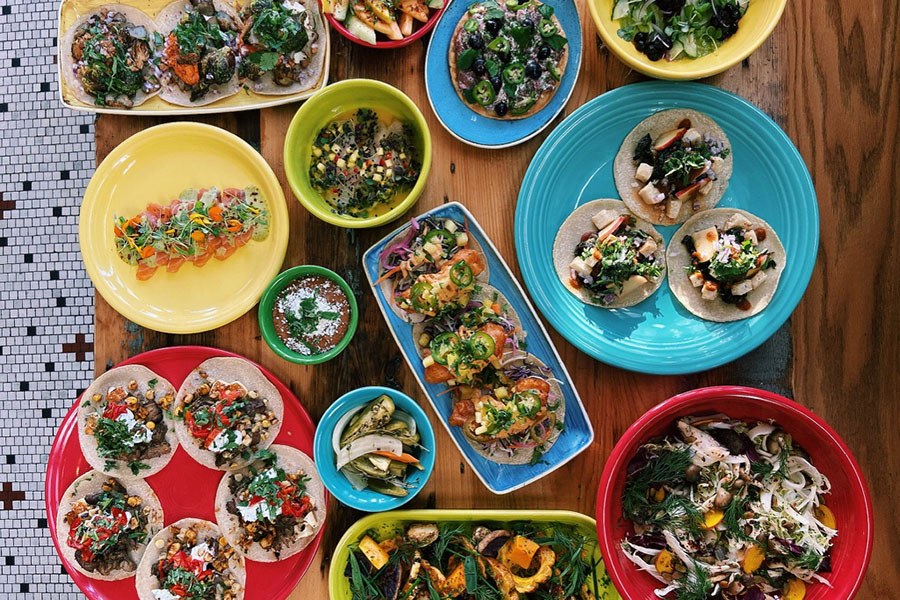 One door is closing in the South End’s Ink Block area, but another door will open—a yellow door. Yellow Door Taqueria, a destination-worthy, two-year-old taco shop in Dorchester’s Lower Mills, is adding a larger, second location closer to downtown Boston, as it takes over sister spot Lion’s Tail. December 30 will be the last night Lion’s Tail is open to the public before Yellow Door Taqueria opens in the space in January 2020.

Yellow Door Taqueria earned a Best of Boston award in 2019 for cool taco combinations wrapped in fresh tortillas, and has also earned a reputation for great service and cocktails. Situated on the southern edge of the city, the small taqueria is part of the restaurant group owned by Dropkick Murphys frontman Ken Casey, restaurateur Brian O’Donnell, and interior designer Taniya Nayak. General manager Andrew Toto has taken on a managing partner role with the expansion, and Lion’s Tail partner Jarek Mountain—who actually created Yellow Door’s original cocktail menu—is staying on board and will help oversee YDT’s beverage program. Executive chef Carolina Curtin will manage both kitchens.

“From the beginning I had always had hopes of having multiple units,” Toto says. “In Lower Mills, it’s been super successful—to the point where we’ve needed a larger space for a while. Wait times are long, and it’s hard to accommodate everyone. There’s definitely room for growth.” A weekend-long pop-up at Lion’s Tail in September proved to the team that the YDT concept works in the South End, Toto adds.

The new location will open with YDT’s regular menu of creative tacos, crudos, margaritas, and more. Nayak, who’s known for her role on the Food Network makeover show Restaurant Impossible, is doing it all over again: “You’re literally going to walk into Yellow Door South End and feel like you’re in Lower Mills. The neon sign, the tile floors, even the bathrooms, you’ll feel transported,” Toto says. “Something that’s paramount to me is people telling me how comfortable they are in our [Lower Mills] space, and that’s not going to change.”

But there will be some key differences. The South End location has an outdoor patio, which the Yellow Door team is thrilled about. Nayak’s plan is to switch out the current windows in the front of the restaurant to open fully, which will, in nice weather, blur the lines of the indoor/outdoor space. Inside, she is building out some new, VIP seating areas, which Toto says will be “sought-after space where people are going to want to take pictures in and hang out in.” In the future, he hopes to begin hosting live music at YDT South End, ranging from “twangy stuff” during the day, to live bands and DJs at night.

Curtin, an alum of Café ArtScience and Haley.Henry Wine Bar, joined the Lower Mills team this past summer, hired to help expand the Yellow Door brand, Toto says. She has already introduced new items like papusas and empanadas to the seasonal menu in Lower Mills. Down the line, Toto says to expect the South End location to have some exclusive offerings of its own.

Jessie Joy Strickland is taking on a bar management role in Lower Mills, after bartending at both Yellow Door Taqueria and Lion’s Tail for the past few months. Mountain will collaborate with both locations’ bartenders on the cocktail program. “This is very much a family affair,” Toto says. “It’s a natural progression. Due to the success of the takeover, it really sealed the deal for everyone involved that this is the right move.”

Lion’s Tail opened in mid-December 2016 with cocktails and small plates inspired by New York City cocktail bars like Dead Rabbit and Employees Only. Closing it has more to do with the opportunity to grow the successful YDT concept, Toto says.

“At the time when there wasn’t a lot of other things over there, [Lion’s Tail was] giving exceptional service and great drinks,” Toto says. “Over time, we’ve gotten an opportunity to bring [Yellow Door Taqueria’s] perfect equation to that space, which is top-tier hospitality, great cuisine, as well as amazing cocktails. I think it’s a great marriage of everything both places have done. It just made sense to move into the South End market. We have plans to keep opening Yellow Doors, so this is first step in the right direction.”

Lion’s Tail is open business as usual this month, though customers may start to notice physical changes taking place as the space transitions to become Yellow Door Taqueria. The cocktail bar will say goodbye with a punch bowl party on Dec. 29, featuring staff-favorite punch recipes priced at $12 per drink; as well as a blowout farewell party on Dec. 30 with complimentary snacks. It’s hosting a private party on New Year’s Eve, then will close for just a couple weeks. Toto hopes Yellow Door Taqueria will open in January. 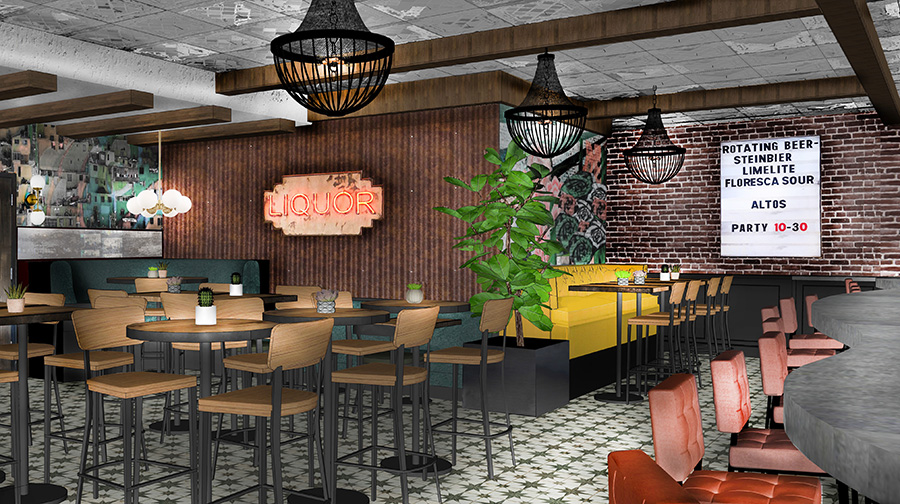 A rendering of Yellow Food Taqueria at Ink Block. 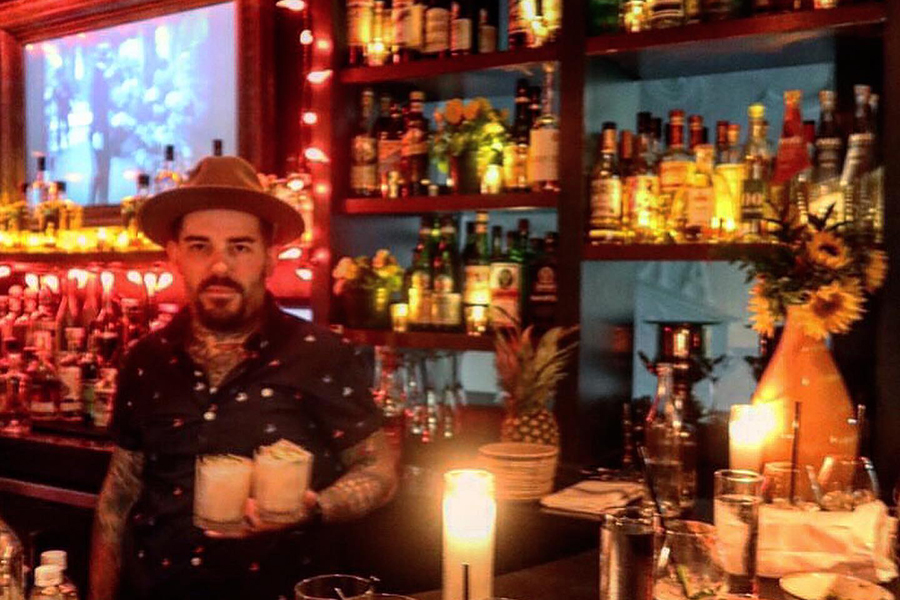 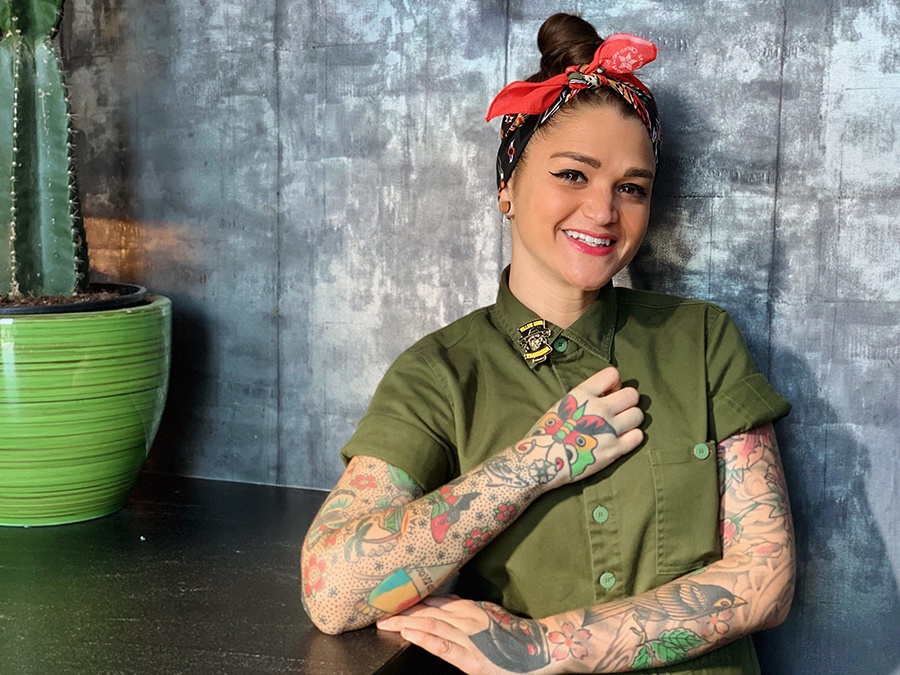 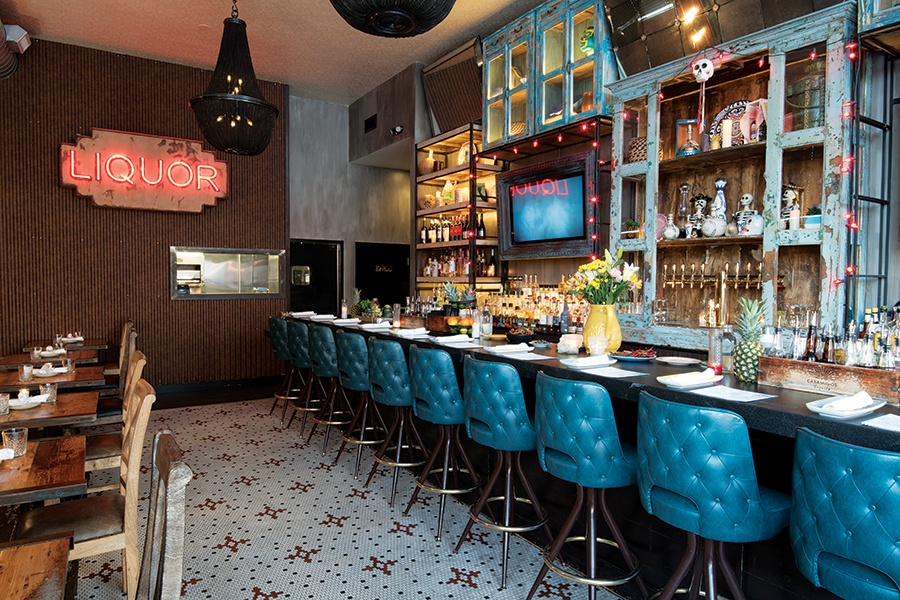