Here's where you can tuck away bacon and Bloody Marys while the city's best queens put on a stellar show. 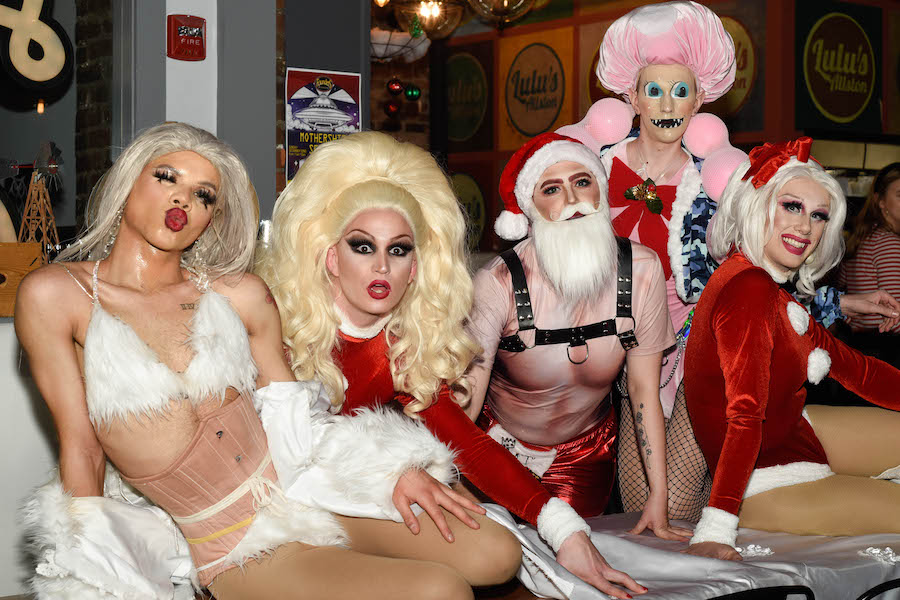 Going through RuPaul’s Drag Race withdrawals—and hankering for a fun feast that’ll shake up your weekend? Sashay your way over to a drag brunch at one of these Boston restaurants. Although all of them host shows on a regular basis, know that the exact schedules tend to be a bit flexible (unless otherwise specified). So be sure to follow the handy provided links to restaurant websites, as well as individual performers’ social media accounts, to stay current on upcoming dates. 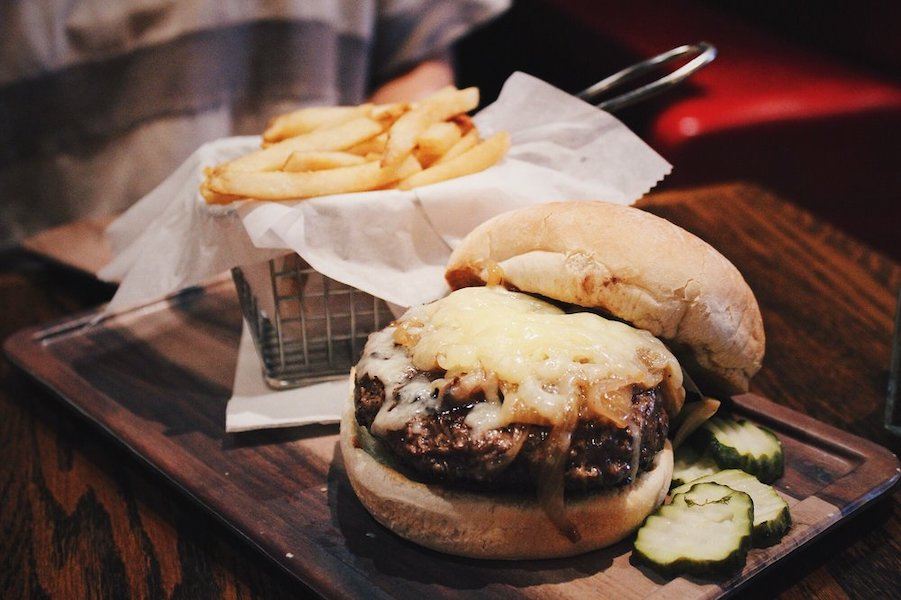 The Social Burger at Back Bay Social, a brunch menu staple. / Photo by Jenny Y via Yelp.

This quartet of venues is part of the Lyons Group, the team behind one of the Boston area’s most significant hospitality portfolios—and, it would seem, host to some of the city’s biggest drag brunches, too. Queen Neon Calypso, accompanied by various cohosts, is regularly brightening up services at all four spots. At Back Bay Social Club, the dancing divas are accompanied by one of Boston’s best burgers, plus cocktails like the Go-Go Brunch Juice: energy-enhancing cold brew coffee spiked with vodka, Kahlua, and caramel syrup. (Find tickets for the January 18 brunch here.) At Casa Caña, a new-Latin-inspired restaurant in Allston, performers bring down the house while guests indulge in breakfast burritos, grilled fish tacos, and omelets loaded with manchego and cotiga cheeses. (Find tickets for the January 11 brunch here.) The Lansdowne Pub’s “Legs & Eggs” service plies attendees with mimosa buckets to wash down spreads such as the Irish breakfast: bangers, bacon, white and black pudding, and more. And Loretta’s Last Call, a neighboring honky-tonk, buttresses its “Biscuits & Belles” brunch with a build-your-own Bloody Mary bar. Lansdowne and Casa Caña host their brunches monthly, while Back Bay Social Club and Loretta’s host them every other month; upcoming dates are posted on their social media accounts.

Built in 1795, Bell in Hand bills itself as America’s oldest continuously operating tavern. So you have to love that the powdered wigs of the nation’s forefathers have been replaced by the wig-snatching antics of Kris Knievil, Lakia Mondale, and other hair-tossing royals during monthly “Brunch of Queens” events. Food-wise, it’s a buffet setup—which means fewer server-related interruptions to the show. (Besides the Bell in Hand website, you can find upcoming dates here.) 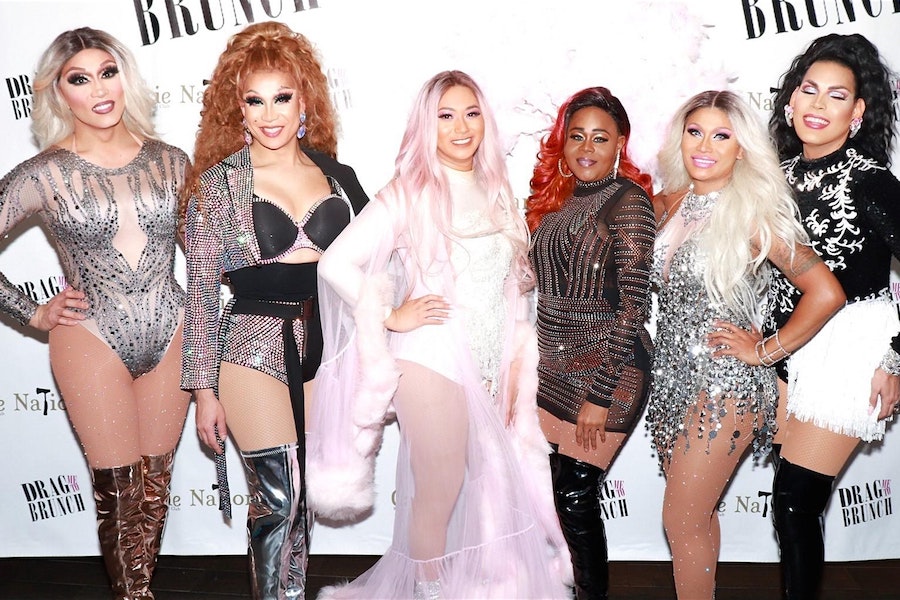 Some of the queens from “Drag Me to Brunch” at Carrie Nation. / Photo via Facebook

Considering that the historical figure Carrie Nation was a radical leader of the temperance movement, famous for attacking barrooms with a hatchet, her head would probably spin over “Drag Me to Brunch,” a weekly Sunday series held at the Beacon Hill cocktail lounge that bears her name. Get over it, Carrie. Because this party, hosted by Destiny Boston and Dee Dee de Ray, and featuring a slew of other rotating performers, helped kickstart Boston’s drag brunch scene when it launched in 2017. It’s still one of the best, and the buffet-style service and show-stopping acts make it one of the most popular, too. (Find upcoming dates here.)

As one of the few remaining full-time LGBTQ bars in Boston, it’s no surprise that Club Cafe is a pretty popular place to peep drag shows. Every weekend, its long-running brunch buffet lures bleary-eyed crowds recovering from the previous night’s escapades—and once a month, that service is accompanied by “Brunch Baes,” a drag show starring Coleslaw, Miranda Wrights, Pristine Christine and Severity Stone. Besides lip syncing extravaganzas, you can typically count on interactive games and more. 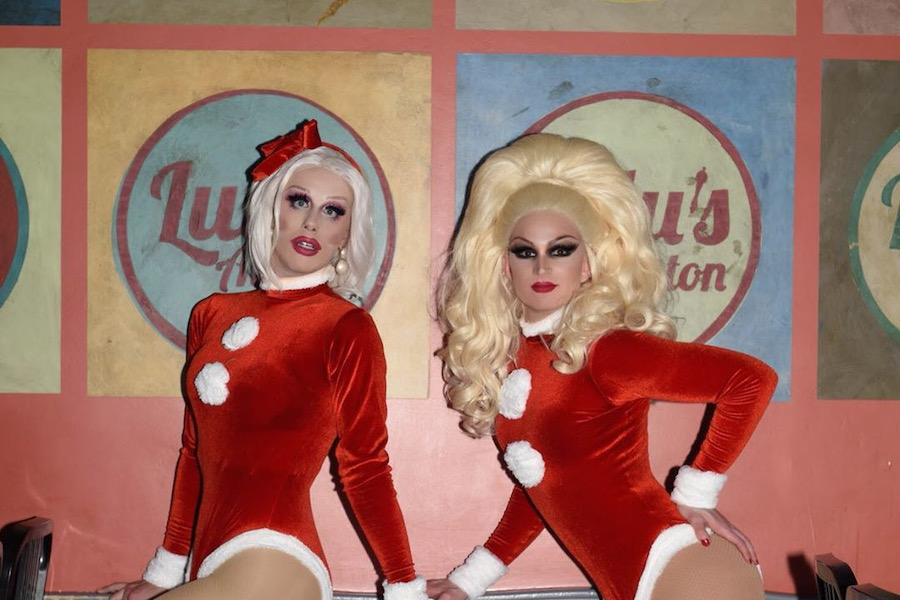 This comfort-food hangout in Allston, which happens to be armed with a Best of Boston-winning beer selection, is now home to the newest drag brunch in the city. Launched earlier this month with cohosts Patty Bourrée and Missy Steak, the now-recurring extravaganza includes games, prizes, and of course, a slew of hangover-friendly food: think “white trash hash” with stout-braised short ribs and Cajun tots, or pulled pork sandwiches with cherry-cola BBQ sauce and cherry pepper relish. (If hair of the dog will be helpful, order up pitchers of Bloody Marys.) Lulu’s also plans to donate profits from brunch specials to different nonprofits; December’s event, for instance, supported BAGLY (The Boston Alliance of LGBTQ+ Youth). 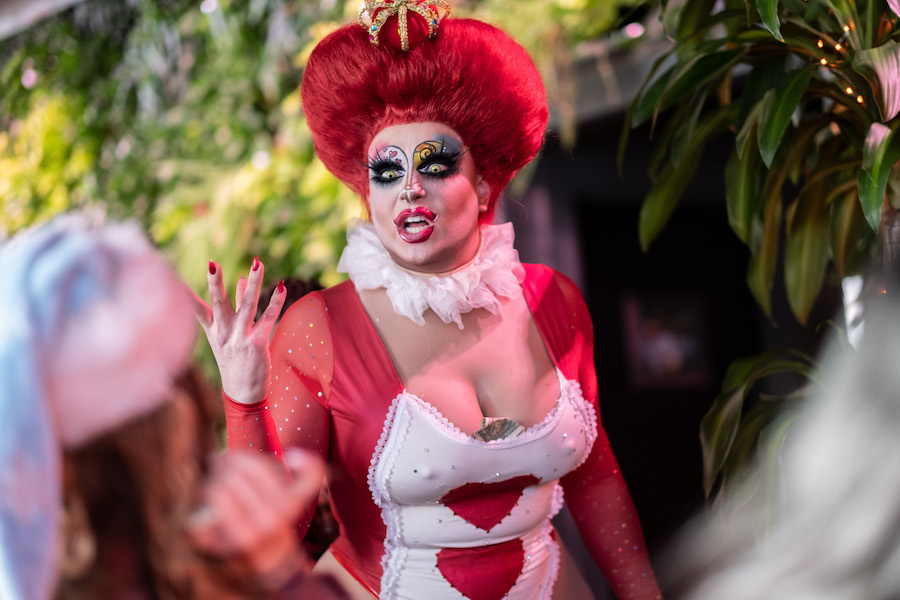 Spice up your life with drag brunch at Tiger Mama, a Southeast Asian-inspired restaurant. / Photo by J-M Leach

For a roaring good time, hit star chef Tiffani Faison’s Southeast Asian-inspired restaurant during its drag brunch, typically held on the first Sunday of each month. However, you can also usher in 2020 with a special New Year’s Day installment on Wednesday, January 1. Regularly appearing queens like Bruiser, Pamela Manderson and Assa Sination are among the performers, and the kitchen will turn out dishes like apple cinnamon buns-French toast, as well as a shrimp toast Benedict with cilantro “béarnaise.” Best of all, a portion of proceeds will benefit BAGLY (The Boston Alliance of LGBTQ+ Youth).